1There Are No Bogeys Here!

Golf. It might be seen a lazy sport often associated with businessmen on a bonding session, but when it comes to the video game version, we can’t get enough of it.

Golf games aren’t quite as popular as they used to be. Once upon a time, EA regularly released a PGA-licensed game. But for most of the Xbox One’s lifecycle, that wasn’t a thing. But golf games are on the up; thanks to a partnership between HB Studios and 2K Games and EA finally getting back in on the act, annual golf games are once again a thing.

There are plenty of other, more arcade-style golf games on Xbox One to choose from, too. If you’d rather play a round of mini golf rather than hitting the green, you can do that. We’ve rounded up the best golf games on Xbox One, and they’re all right here. Click on through to see our picks. 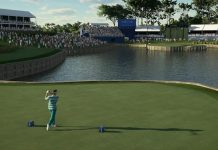 How Many Courses Are There in PGA Tour 2K21?