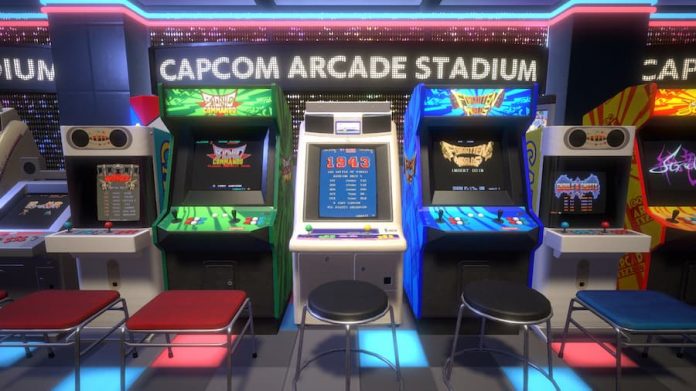 Capcom Arcade Stadium is one of the best retro collections ever made. It’s as simple as that.

Launching earlier this year on Switch, the good news is that Capcom Arcade Stadium will soon also be available on PS4, Xbox One and PC. With a launcher that you can download for free which includes a game to get you started, additional games can then be purchased to bolster your collection. And if you’re into classic arcade games, chances are you’ll want the lot.

Shoot ’em up classic 1943 – The Battle of Midway is the game included in Capcom Arcade Stadium for the low, low price of absolutely nothing, and it’s a great introduction to what the collection offers. Jump in, and you’ll be impressed with the collection’s slick menu, letting you flick through the games available in style. You can sort them by genre, filter out the ones you don’t yet own, and more. You can even mark games as your favourites, making them easier to find in the future. And it’s all set to a backdrop of arcade machines sitting side by side – their attract screens doing their job of drawing you in.

Both English and Japanese ROMs are available for most games, and you can easily switch between them with the push of a button. And don’t worry, the few games that only have Japanese ROMs are still perfectly playable. Select any game and before booting it up you’ll be presented with a menu. There you can change settings such as difficulty, game speed and more. 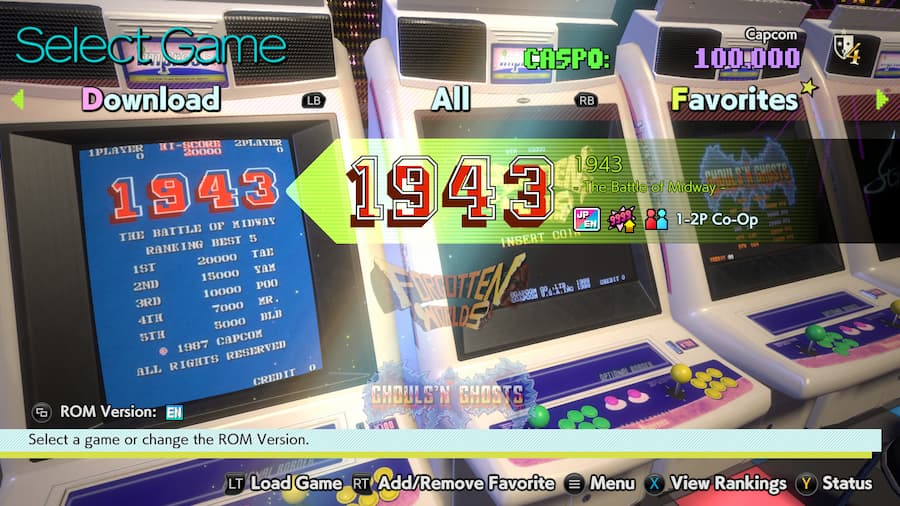 There are numerous screen options, too. You can play each game in 3D as if you’re stood at an actual arcade machine if you wish, or simply opt for a flat 2D presentation. There are also multiple filters and a decent range of cabinets and borders to choose from if you’re not playing full screen.

While game speed can be adjusted via a menu, it can also be tweaked in game. Capcom Arcade Stadium has a rewind feature, too. Along with an endless supply of credits and save states, there’s no reason why you can’t enjoy and complete every game you invest in. And it doesn’t need to be a solitary experience: many games feature local co-op modes, and most that didn’t originally now have tag-team co-op, which is better than nothing.

Perhaps the icing on the cake is additional challenge modes for most of the games, along with online leaderboards. They will no doubt have arcade aficionados returning time and time again as they vie to climb to the top of the leaderboards. The collection features a overarching points system called CASPO, too. Each and every game you play adds to your CASPO score, with more points awarded for playing on harder difficulties, etc. It culminates it yet another way to rank a player’s performance. 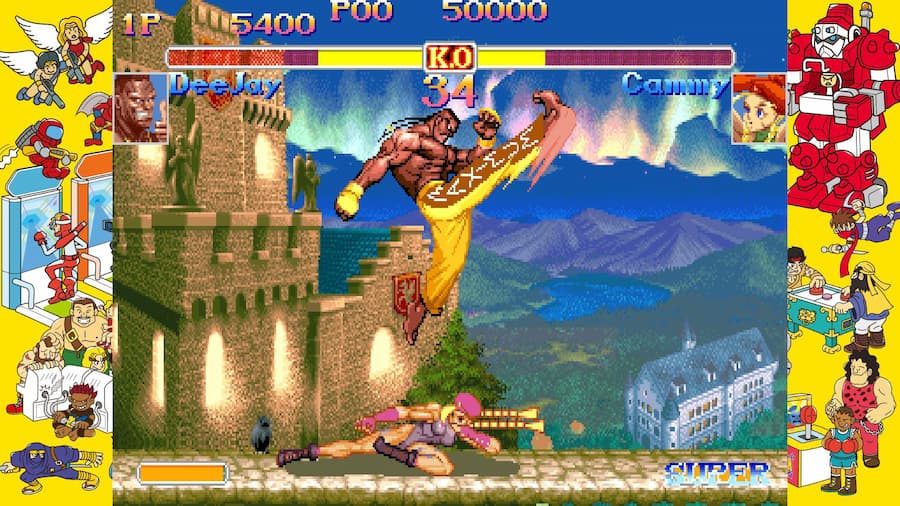 Thankfully the selection of games on offer is just as good as the launcher that forms the backbone of Capcom Arcade Stadium. Three packs of 10 games are available, covering three time periods. Dawn of the Arcade covers 1984 to 1988, and includes hits such as Ghouls ‘n Ghosts and Bionic Commando. Arcade Revolution covers 1989 to 1992, with classics including Final Fight and Strider. And last but not least there’s Arcade Evolution, which covers 1992 to 2001. It allows gamers to enjoy gems such as Street Fighter 2 Turbo and Giga Wing. Ghosts ‘n Goblins is available as a standalone title.

You can check out the full list of games available in Capcom Arcade Stadium via the collection’s official website, but it’s safe to say there are hardly any duds. The only thing to really be aware of is that there’s some crossover with previous Capcom-centric retro collections. The various versions of Street Fighter 2, for example, can be found in Street Fighter 30th Anniversary Collection, while side-scrolling beat ’em ups such as Final Fight and Battle Circuit are in the Capcom Beat ‘Em Up Bundle.

That’s perhaps Capcom Arcade Stadium‘s only flaw. It’s a shame that each game isn’t available to purchase separately, or at least not yet, anyway, allowing players to pick up the games they truly want to play rather than being forced to buy bundles. But still, each bundle is available at a very reasonable price point. It’s hard to feel like you’re not getting value for money with any of them. 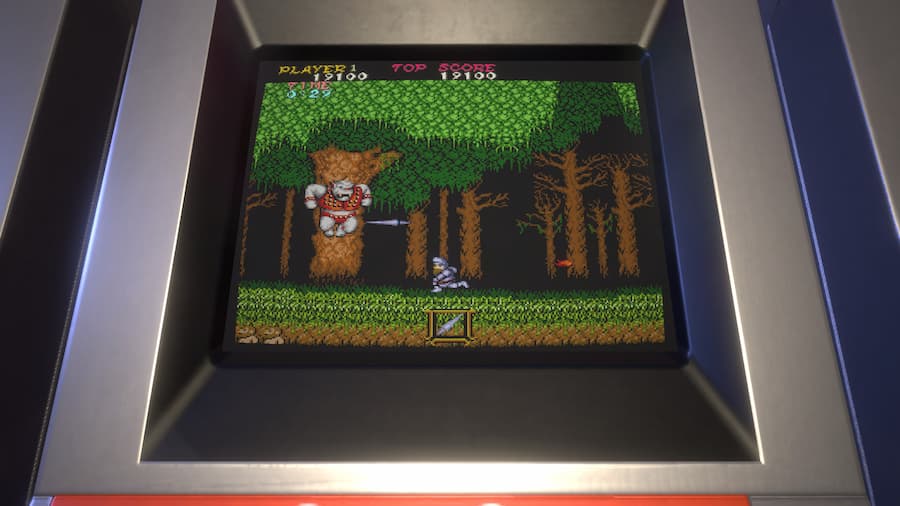 Shoot ’em up fans are likely to get the most out of Capcom Arcade Stadium. Over 10 brilliant shoot ’em ups are available, including Progear and Carrier Air Wing, many of which are hard to find anywhere else. Whether you remember playing them back in the day or not, they’re sure to entertain.

A great amount of love has been put into the creation of Capcom Arcade Stadium, and it shows. It has all the features you’d expect of a retro collection and then some, alongside a wonderfully curated selection of games. Even better, you’re not forced into buying all of the games available. Granted they’re pretty much split into three packs rather then being available separately, but at least it puts you somewhat in control of the games you have access to. And here’s hoping that it’s a selection that continues to grow, as there’s no better way to enjoy Capcom’s back catalogue of classic arcade games.

This review of Capcom Arcade Stadium is based on the PS4 version, with a code provided by the game’s publisher. It’s available on PS4, Xbox One, Switch and PC. 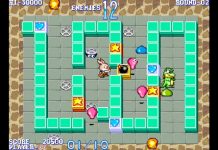