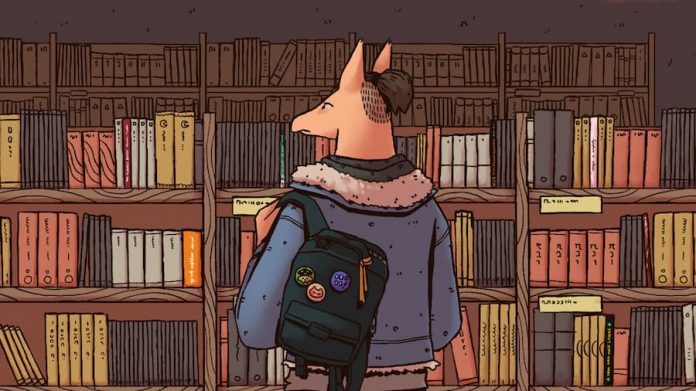 Essays on Empathy isn’t a single game, it’s a collection of 10 short experiences – none of which will be like anything you’ve played before.

From Deconstructeam, the developer of The Red Strings Club, Essays on Empathy is made up of 10 individual titles, most of which have been made as part of a game jam. They’re all very different from each other, though they haven’t all been made equally. Some games will likely resonate much more with you than others.

There’s The Bookshelf Limbo, for instance. This is barely five minutes long; an experience that sees you browse a bookshelf to pick a title to gift to your father. Then there’s Supercontinent Ltd, a much more involved puzzle game that has you finding phone numbers, faking identities and extracting information. There are also games about flower-arranging, scanning your body for foreign objects, getting abducted by aliens, and being a housewife. I’ll go into more detail about some of the titles later.

The majority of the games included in Essays on Empathy have been available for some time on itch.io, so it’s possible you’re already familiar with some of them. De Tres al Cuarto is the only new game in the collection, a comedic deckbuilding game created during lockdown.

With each title being so different from the last, it’s highly unlikely you’ll connect with each and every one of them the same way. If you’re a fan of offbeat experiences, though, each one is worth delving into. Though varying somewhat in quality, each game in the collection is a testament to the talent of Deconstructeam. The fact that many of these experiences have been made in a matter of days – even hours in some regard – is incredible, and can only be applauded. 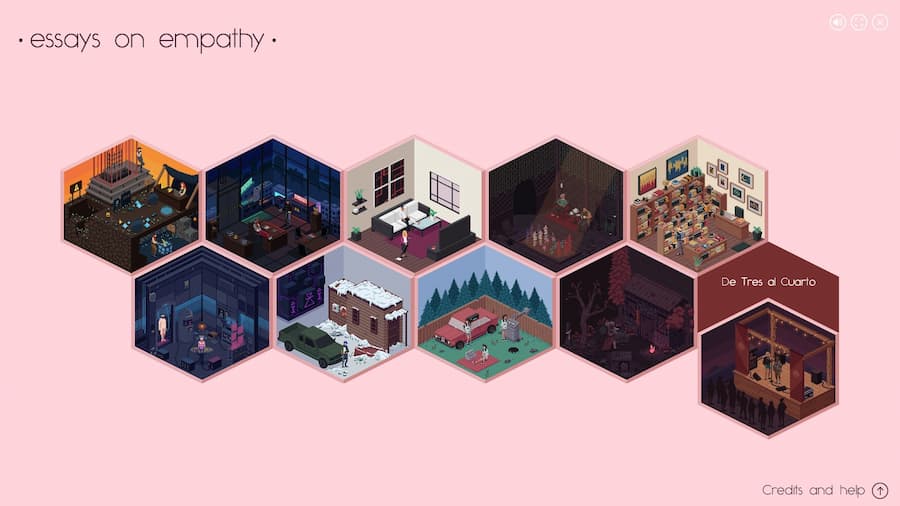 It’s a shame, then, that the package as a whole is a little rough around the edges. Yes, “rough around the edges” is sort-of the point of the games; as Essays on Empathy states itself in the ‘Useful Information’ section, “they’re underground pieces of software. That’s why they don’t have a menu, or even an exit button”. True as that may be, Essays on Empathy is not an underground piece of software. It’s been published by a mainstream publisher – Devolver Digital – and so it’s a bit disappointing that a little more work hasn’t gone into making the games more user-friendly.

You see, Essays on Empathy itself acts as a launcher. Clicking on any of the 10 game icons will bring up more information on those games, then allow you to launch the title. It will load into a new, small window. To make it full-screen, you’ll need to rely on built-in Windows shortcuts (Alt + Enter, if you’re curious). The same goes for exiting a game (Alt + F5). It’s messy, and a more coherent way to jump from one game to the next would have tied the package together much nicer. 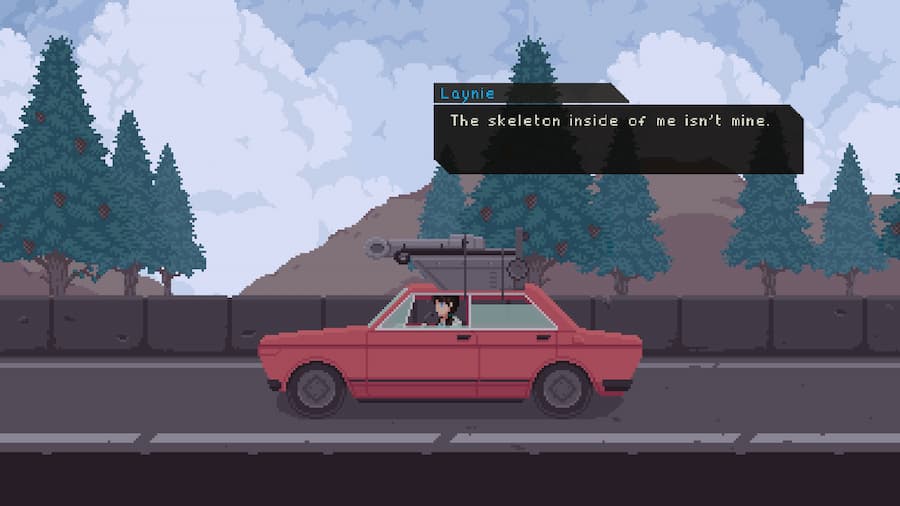 There’s also no save function. It’s fine for shorter games – you’ll be done with Eternal Home Floristry or 11:45 A Vivid Life in about 10 minutes, so there’s no need to save. But others are substantially more involved; De Tres al Cuarto is about 90 minutes long. Sure, the game warns you ahead of time and suggests you get comfortable, but a rudimentary save state would be useful. Particularly in something like Supercontinent that requires a bit of legwork. Some players might simply want to jump from game to game before settling on what to play first, and it’d be useful to be able to pick up where you left off.

But those gripes aside, there’s no denying how fascinating as a whole Essays on Empathy is. I was particularly entranced by Supercontinent Ltd, a game that cast me as a character going undercover in an megacorporation amidst a plot to take down the city’s police force. I had to hunt around for phone numbers, impersonating people’s voices in order to extract information. Heck, I even had to make written notes for that one. 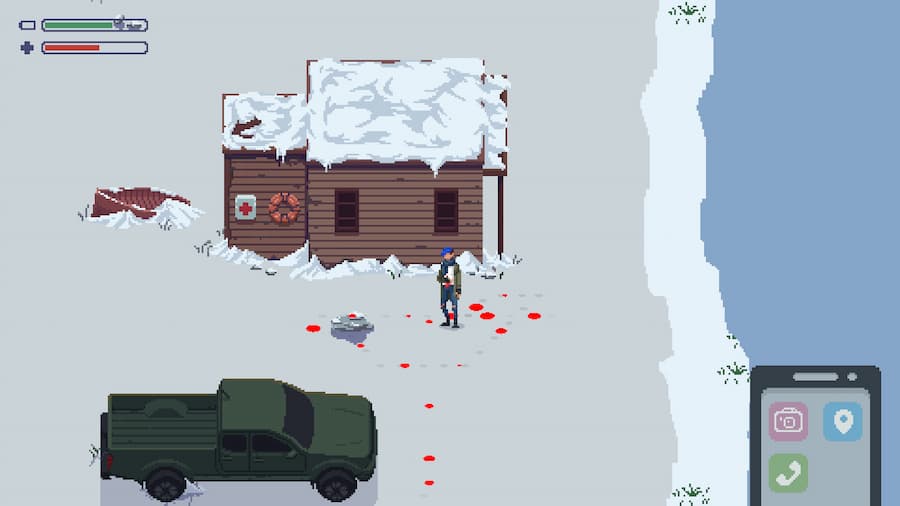 Engolasters is equally intriguing, though very different. Here, you play a woman who, while carrying out her work, has been abducted by aliens. She’s left with a bleeding wound, miles away from home. On the other end of the phone, her husband doesn’t believe she’s been abducted. She’s also dealing with phone calls from her son, who claims he’s leaving home because of how his dad treats him. Here, you need to try to survive while also fixing the rift between father and son. I did not succeed. I died alone in the snow.

The third game that really grabbed me was 11.45 A Vivid Life, where you play a girl who doesn’t believe her skeleton is hers. Off she sets on a journey to x-ray herself, finding strange parts of her body which she’ll then remove. It’s a bit gnarly, even in pixel art, to see a girl hack a chunk out of her thigh or pop out her eyeball, but it’s a weird and wonderful trip that allows you to draw your own conclusions.

Overall, Essays on Empathy is an intriguing collection. It’s a shame that a few finishing touches weren’t applied to give the overall package the polish it deserves, but there’s no denying that the concepts created by Deconstructeam are seriously impressive. You likely won’t find a collection of games as eclectic as this anywhere else.

This review of Essays of Empathy was facilitated by a code provided by the publisher. It’s available on PC. 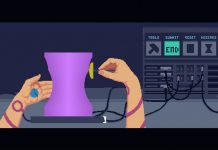 Devolver Digital is Publishing Essays on Empathy, a Compilation of Short Narrative Games 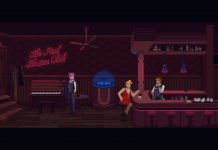