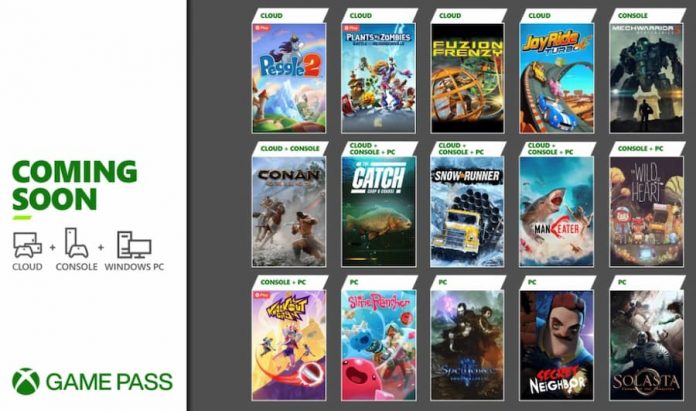 Snowrunner arrived yesterday on Xbox Game Pass, but there are still fourteen other titles to land on Microsoft’s PC, Xbox and cloud based subscription service this May. As long as you have a current Xbox Game Pass subscription for PC or Xbox (or Ultimate if you want cloud gaming) you can play these games for free. Games could, and do, leave Xbox Game Pass but these should stick around long enough for you to finish whichever ones take your fancy.

The games arriving this May are:

So which titles are worth having? None of the games are absolutely, irredeemably terrible, though, when we reviewed it, we were disappointed that Mechwarrior 5 felt like “an old game given a fresh lick of paint.”

However, we’ve heard so many good things about Slime Rancher that we’re dying to dive in. SnowRunner, too, is great fun if you handle a truck game that doesn’t make life easy for you. We weren’t impressed by how repetitive Maneater’s quests were, but if you just want to roam around as a man-eating shark, pretending your victims are the board of directors at your work, you’ll get some fun out of.

Between all these games, Subnautica: Below Zero, Mass Effect: Legendary Edition, Resident Evil Village and now Biomutant, that backlog’s just going to keep on growing.