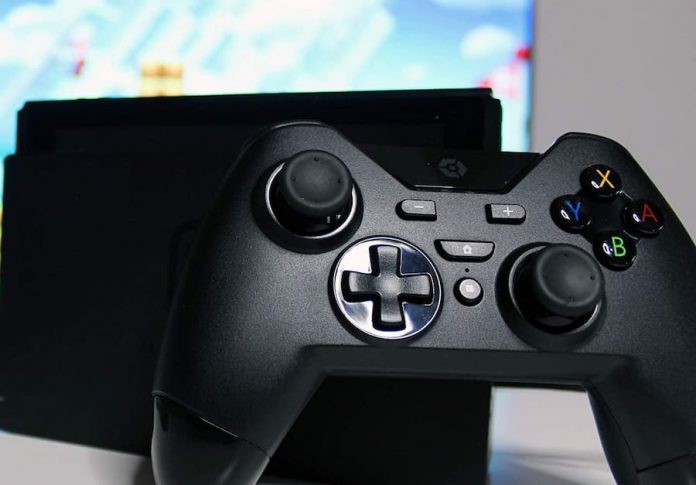 Available in several different colourways and with all the functionality you’d expect, the Gioteck WX4 wireless controller is a worthy contender to the Switch Pro Controller.

Not only is it less than half the price, it’s decently put together and it feels comfortable in the hands. And at £24.99 or less, it’s hard to complain about.

Gioteck’s own branding on the box calls the WX4 a ‘Premium’ Wireless Controller. We’re not sure if we’d exactly agree with that; there isn’t much that screams ‘Premium’ here. But that’s not a slight on the controller itself. For its price tag, it’s an excellent controller. It’s the cheapest wireless Switch controller we’ve seen – with other third party models usually costing at least £40 and the official Switch Pro controller being £60. And despite that, it does a fine job.

The Gioteck WX4 wireless controller is incredibly light to pick up – surprisingly so, actually. Even for a wireless controller, you’d expect there to be a little more weight there. But despite that, the build quality doesn’t feel cheap; the plastic doesn’t creak when you hold onto it. It’s a good size too, sitting comfortably in your palms. It’s a nice step up from using Joy-Cons.

It even has additional features in the form of two back buttons that can be programmed to your liking. It’s a nice touch that official controllers don’t allow for. And, of course, there’s everything else you’d expect: motion and vibration support, a ‘screenshot’ button and all the other usual inputs. 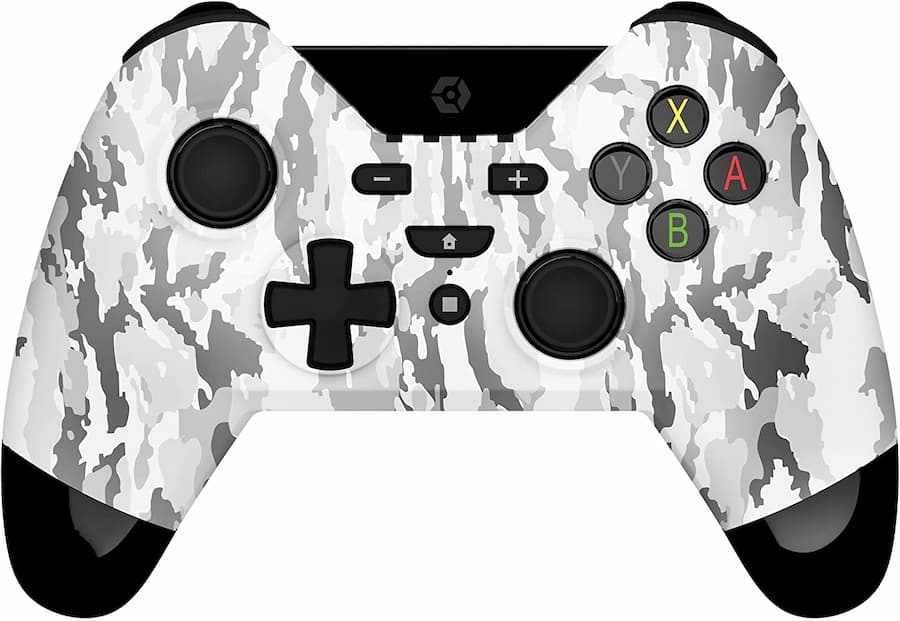 Probably our biggest bugbear is with some of the buttons themselves. While the ABXY face buttons are pleasant enough to press and the thumbsticks are fine, the d-pad and shoulder buttons feel a little plasticky and not particularly satisfying to press. The shoulder buttons and triggers in particular have an odd amount of resistance to them. And, bizarrely, despite this being primarily a Switch controller – with all other buttons aligning correctly – the shoulders and triggers are called L1/L2 and R1/R2 instead of L/ZL and R/ZL. But in action, they all work fine.

The WX4 wireless controller can also be used on PC and, weirdly, PS3, which may explain the wrongly-labelled triggers. It comes with a USB cable, so you can use the controller wired rather than wireless if you’d prefer (and also, of course, charge the controller’s battery when it’s low).

On the whole, the Gioteck WX4 does its job well, particularly considering it can be picked up for as low as £20. For a wireless Switch controller, that’s a bargain. It’s comfortable to hold, it packs in some extra functionality, and thanks to a range of colours available, it looks nice too. For £25 or less, what more can you ask for?