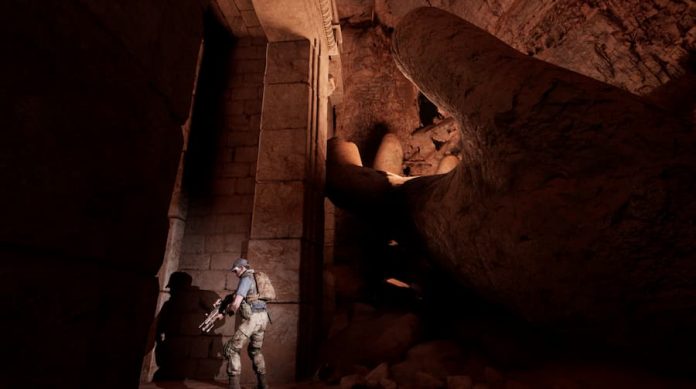 Out later this year, the third entry into Supermassive Games’ Dark Pictures Anthology might just be the best one yet.

The first entry into the Anthology, 2019’s Man of Medan, saw players take control of a group of friends whose boat trip goes rather awry. It’s based on the legend of SS Ourang Medan, a supposed ghost ship that was wrecked in the 1940s. The second entry, 2020’s Little Hope, also uses real-life legends as the basis of its story; a dual timeline mixes up a modern-day tale with the Salem witch trials.

The third entry, House of Ashes, set to launch on PC and consoles later this year, also uses real-world myth and legend as the basis of its narrative. This time the game is set in 2003, in the Middle East at the time of the Iraq War. While on a mission to recover chemical weapons rumoured to be hidden underground, a group of American soldiers stumble upon a hidden temple, one that’s been buried underground for millennia.

The temple is based on the legend of Naram-Sin Akkad, a real-world king of Mesopotamia who lived in 2200BC. A myth surrounds Naram-Sin, speaking of how he angered the gods by ransacking a holy temple. House of Ashes runs with this; in the game’s mythos, Naram-Sin attempted to appease the gods by building a new temple. But his plight fails, and the temple gets buried; lost to time. That is, until your group of soldiers stumble upon it.

Players will take control of five soldiers – Americans Rachel, Jason, Nick and Eric, and Iraqi Salim. Like other games in the Dark Pictures Anthology, you’ll be able to play by yourself, taking control of different characters at different points of the game. Or you’ll be able to team up with other players; up to five can join in with the local ‘Movie Night’ mode, or two players can team up together in the online ‘Shared Story’ mode. Once again, there will also be two different cuts of the game to play through, too: Theatrical and Curator’s. 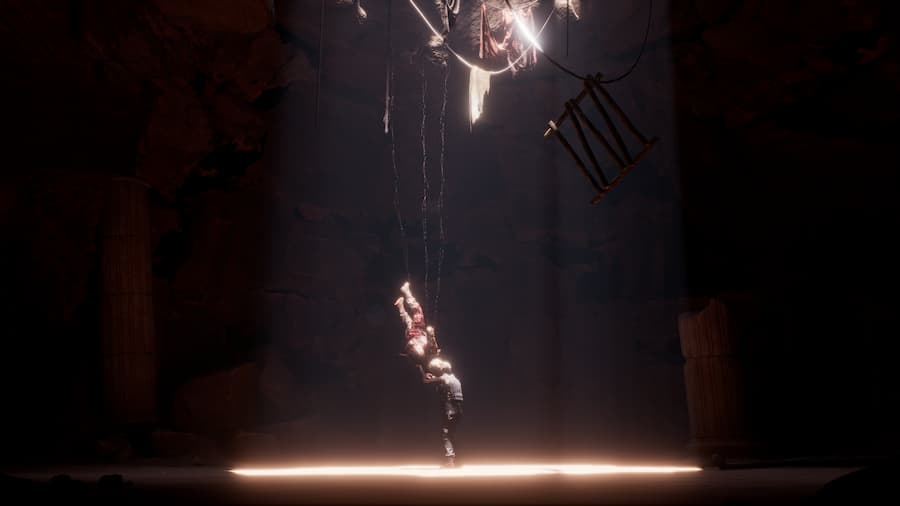 However you decide to play, though, it seems you’ll have some grand scares in store for you. In just 10 minutes of gameplay taken from early on in House of Ashes, we experienced several jump-worthy scares: creatures disappearing into the darkness; people being plucked from where they stand. It’s clear something altogether unpleasant lurks in the underground temple, and it looks like finding out exactly what it is will be quite the ride.

In creating House of Ashes, Supermassive Games have called on a variety of sources. Three movies in particular offered inspiration: Aliens, Predator and The Descent. The Descent‘s inspiration feels immediately obvious; a group of people trying to find a way to survive in a dark, cavernous underground world. And those Aliens and Predator inspirations will become more clear as you get a better look at the creatures that lurk in the game. The development team has also drawn on inspiration from HP Lovecraft – in particular, his work At The Mountains of Madness.

We’ll have to wait to get a good look at them, but Supermassive promises that its monsters are the “most complex yet”. A combination of motion capture and hand animation brings them to life with more fidelity and realism than ever, so there really is something worth fearing deep within the darkness this time. 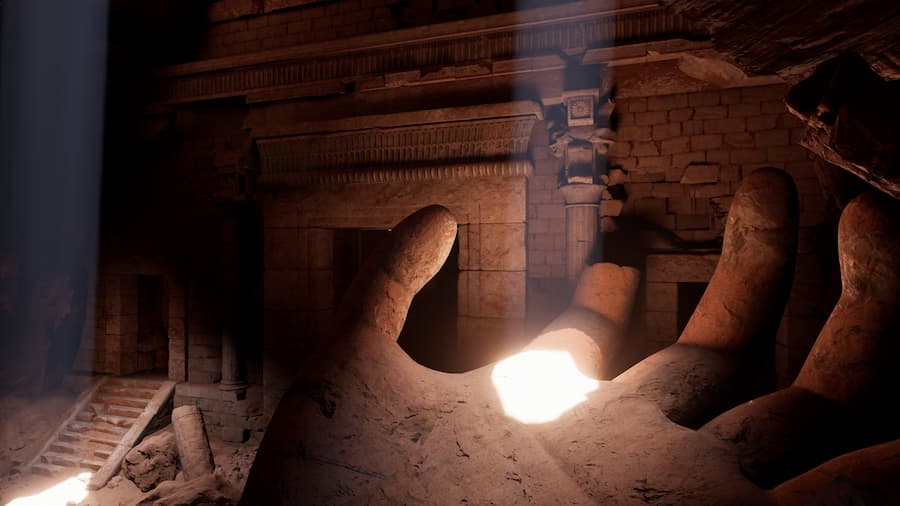 If you’ve played Man of Medan or Little Hope, you’ll know both games end with an unexpected twist; a grounded explanation for the horrifying happenings you’ve been experiencing. Whether House of Ashes will follow the same pattern remains to be seen. Its story feels like it would be harder to logically explain away this time, at least without revisiting a trope the series has already used. And I’ve complete trust in Supermassive’s ability to come up with an original narrative. Maybe deadly creatures really do lurk in an underground temple that’s been lost to time. We’ll have to wait and see.

Not only does House of Ashes‘ narrative sound more interesting than ever, the gameplay promises to be improved over the last two games, too. Supermassive has taken player feedback on board in order to tweak the experience, making it as enjoyable as possible. This time, players will be able to select a difficulty setting which affects how easy quick time events are to complete. On the easiest setting, they’ll be slower and more lenient; on hard, you’ll need to act quickly and accurately. As always, the game’s QTEs will be key in defining each characters’ fate. They could all survive, or they could all die. That’s entirely in your hands.

The game’s handling has also been improved over Man of Medan and Little Hope. Gone are the fixed camera angles; instead, players will have full control over a 360-degree camera. Alongside this, players will also be able to control the light beam of a flashlight, moving it around to illuminate areas of the screen. It’ll be interesting to see how this affects the feel of the game; while a player-controlled camera will undoubtedly help make the experience even more immersive, will it affect the ‘cinematic’ feel that the previous two games managed to so wonderfully craft?

Needless to say, we’re excited to see more of House of Ashes. There’s no set release date yet, but it’s expected to launch later this year. It’ll be available on PC, Xbox One, PS4 and, for the first time, PS5 and Xbox Series X. If you enjoyed the previous two tales from The Dark Pictures Anthology, this is certainly one to watch.

Watch the gameplay reveal yourself in the video below:

Pre-order House of Ashes on Amazon