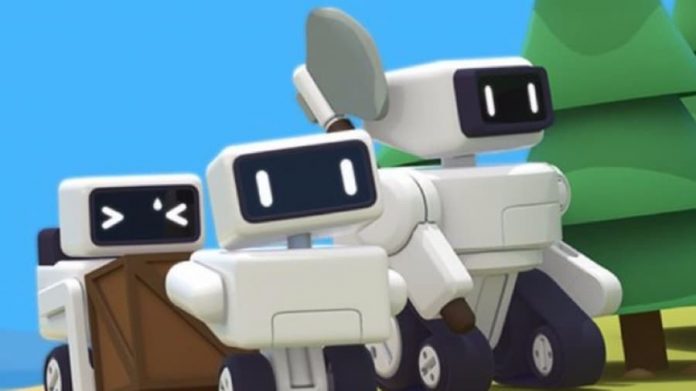 First released on PC back in 2018, The Colonists is now available on PS4, Xbox One and Switch. And, if you have fond memories of playing The Settlers, this is well worth a go.

A civilisation-building game with a difference, The Colonists isn’t about building a nice home for humans to settle into. Oh no; this time around, you’re building for robots. But since these particular robots want to be human, that doesn’t affect things too much. You’ll still need to have food and water sources, which will be used to create energy. And, just like The Settlers and other games in the genre, you’ll need to farm, mine, chop down trees, create production chains and more.

What’s great about The Colonists is that its processes are kept as simple as possible. Menus are easy to navigate, and a helpful tutorial that guides you through the first stages of the campaign will teach you the ropes. Strategy-sim games aren’t for everyone, but even if you’re new to the genre you won’t feel too lost here. Most systems are self-explanatory, and if you’re not sure what to do next, there’s a handy ‘advisor’ in your menu to guide you in the right direction.

Though it’s likely you’ll be able to figure out that direction for yourself. Once you’re set up with the basics – shelter, food, water – you’ll spend your time with The Colonists expanding and improving. By building a research centre you’ll be able to expand the amount of buildings you’re able to create and unlock new functions. And, just like The Settlers, building watch towers on your boundaries will allow you to expand your territory. That’s important when it comes to finding new resources; you’ll need adequate mining areas on your land.

Better yet, you don’t need to worry about running out of people to do the important jobs. These robots that form your colony? They’re 3D printed, so you have an endless supply. Simply place a new building, and a robot will fill it. They don’t need to rest, either; as long as they have everything they need to do their job, they’ll do it. It’s a productivity dreamland. 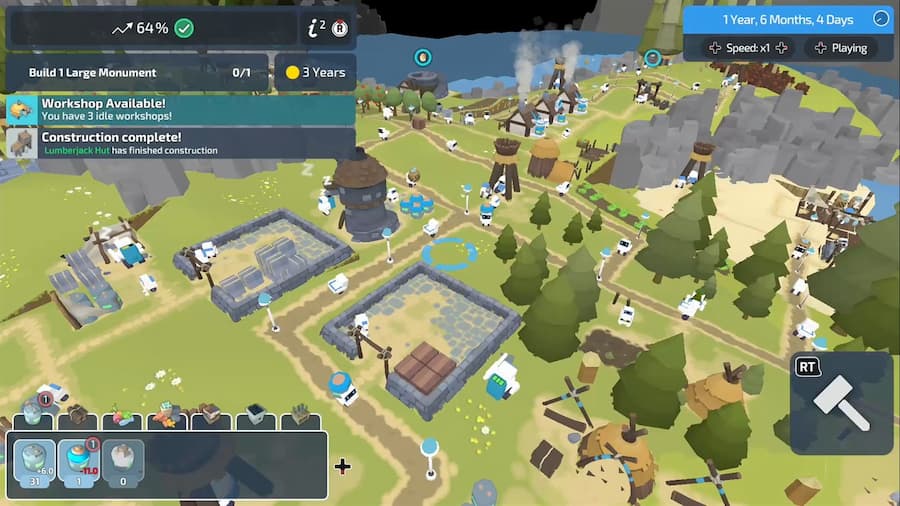 Though making sure all the necessary resources are available can be a tricky task. Wood is by far the most common resource, at least as you’re starting out. And if you have several buildings waiting to be built, along with other facilities that require wood to keep running, your poor woodcutter probably can’t keep up. Be careful not to expand too quickly, and keep a close eye on everything you have available to you.

Whether you’re a dab-hand at building simulators or you’re new to the genre, you’ll likely find something to like about The Colonists. It’s simple enough that newcomers won’t feel alienated, though it offers enough challenge that veterans won’t get too bored. Give it a try, and give those little robots the life they’ve always dreamed of.

The Colonists is available now on Xbox, PlayStation and Switch, priced at £19.99. 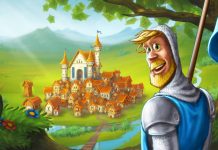 Townsmen: A Kingdom Rebuilt Adds a Tonne of Content to a Fun City Building Game 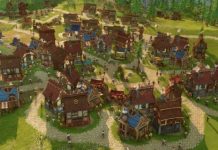 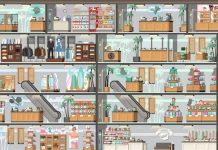