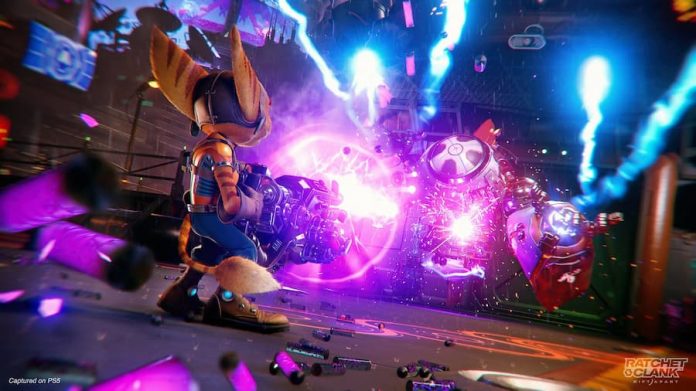 It’s been a week since Sony’s State of Play showed off 15 minutes of Ratchet & Clank: Rift Apart gameplay. And I still can’t stop thinking about how good it looks.

I’m not a huge Ratchet & Clank fan. I dabbled in some of the PS3 titles, but I’ve still not played the PS4 Ratchet & Clank. But since seeing the new gameplay footage for Rift Apart, I’m about to carve out some time to play Ratchet & Clank in preparation. Because the next PS5 exclusive to hit our consoles looks delicious as heck.

Yes, Clank is his annoying self, but thankfully he’s not around for all the journey. This time there are two lombaxes: Ratchet is joined by Rivet. And while Rivet has gained custody of Clank, Ratchet is out on a mission to find him. But lots of trans-dimensional japes get in the way.

Like all Ratchet & Clank games before it, weapons play a big part in Rift Apart. There’s a huge arsenal of weird and wonderful guns at your disposal. There are old favourites making a return, and some brand new tools of destruction, too. Whatever you pick up, it promises to make full use of the DualSense controller’s adaptive triggers and haptic feedback. We wouldn’t expect anything else from a Sony first party title.

But instead of gushing about its features, I should just let the Ratchet & Clank: Rift Apart gameplay speak for itself. Needless to say, this is now near the top of my most awaited games of 2021. Just look how pretty it is!