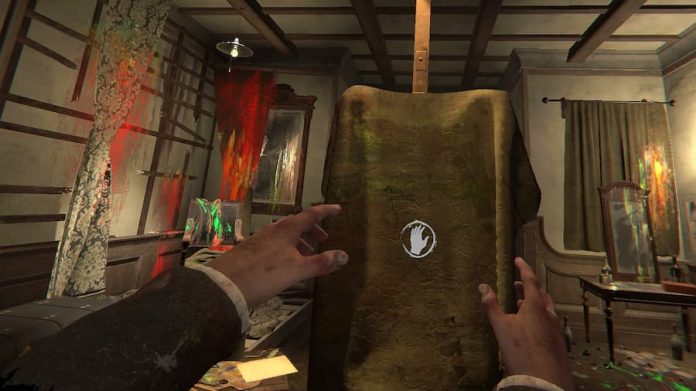 Layers of Fear VR is out now for the Playstation VR and if you’re on the fence, this new trailer should help you make up your mind.

Forget The Joy of Painting, Layers of Fear is sheer, painting-related misery, featuring a protagonist who neglects his family in favour of the canvas. This sends him over the edge and, struggling to complete his “masterpiece”, he starts to experience disturbing hallucinations.

That’s where you come in; as the harried painter, it’s up to you to get the painting completed with dealing with the warped mansion around, facing terrors that may or may not be real. At least, that’s what happened when it came out five years ago; developers Bloober team have since gone to to develop such titles as Blair Witch, The Medium and more.

The trailer above shows the game in action; given the Playstation VR has a lower resolution than the Oculus Rift or Quest, it’s fuzzier than the Oculus version. But if you’ve yet to get your hands on one of those headsets, PSVR could be the next best way to experience it.

Layers of Fear VR is available through the Playstation Store right now.