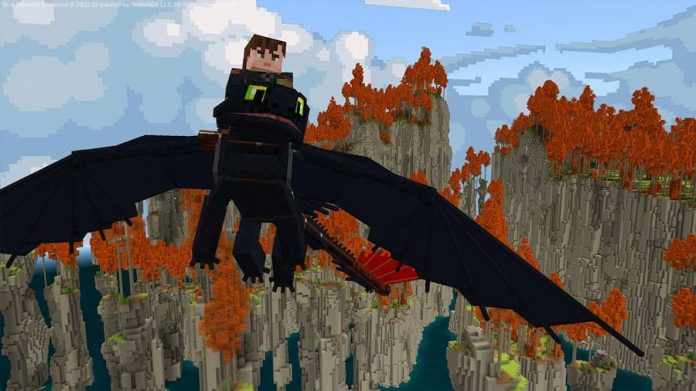 What even is video game DLC if it doesn’t cross over with a popular media franchise?

Today’s crossover is brought to you by Minecraft, which has just received How to Train Your Dragon DLC. The popular Dreamworks movie series brings the island of Berk to Minecraft, along with ever-popular dragons Hiccup and Toothless.

Minecraft players will be able to fly on the back of Hiccup and Toothless, or on any one of the other dragons included in the DLC. The island of Berk is ripe for exploring, with plenty of adventures awaiting players. Even if you’re not up for soaring through the air, you can help out the island’s residents on foot. Characters Astrid, Snotlout and Stoick the Vast are on hand to team up with, too.

The DLC is available to purchase via Minecraft Marketplace, though a free in-game Character Creator item is also available for all players. Needless to say, if you happen to be a fan of How to Train Your Dragon, this is a DLC pack not to be missed.

Give the official trailer a watch below.