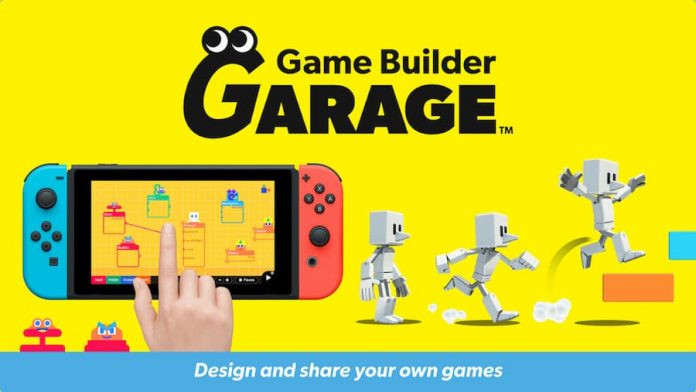 There’s already Super Mario Maker, but what if you want to make a game that doesn’t star Mario? Well, Nintendo’s got a new game just for you.

Announced today by Nintendo, Game Builder Garage is a piece of software aimed to introduce children (or players of any age) to game design. Through a series of tutorials, players will learn the basics of visual programming. You’ll create your own creatures known as ‘Nodon’ and, through simple programming, will instruct them to carry out basic interactions.

Once you’re done learning the basics in Lesson Mode, you can progress to Free Progamming mode, which provides you with all the tools you need to create your very own game.

Games you’ve created can be shared with friends and family by uploading them to the internet or sending via a local wireless connection. Of course, you can also play games created by other people by downloading them, too. You might just learn a new trick or two by seeing what other people have come up with.

Game Builder Garage is coming to Nintendo Switch on 11th June. Give the trailer a watch below. Find out more about the game, or pre-order it, by visiting the Nintendo website.