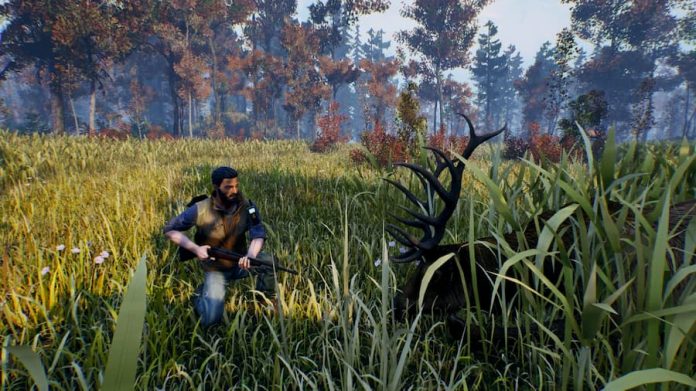 I empathise with the protagonist of Open Country.

Fed up of living in the city – namely their 9 to5 job, traffic and the general lack of space – they pack it all in, get an RV and head out to the country. They’re not sure if they’ll be able to sustain their life out there, but they’re going to do their damnedest to try. Lucky for them they get a bit of a break when stopping for a rest at a lodge. The owner, Gary, needs some help, and so they cut a deal: they’ll help him restore his lodge to its former glory, and he’ll provide them somewhere to rest up as well as put them in contact with other people that might make their new life that bit more comfortable.

A survival game at heart, after customising your character Open Country throws you into the role of this wannabe outdoorsman. To test your abilities, your new friend Gary sends you out into the wilderness to meet the local sheriff and deliver him a package, and you’re driven through a helpful tutorial that gets you up to speed with the game’s crafting system. Before you know it you’ve crafted a camp and a campfire – all you need to wait around and stay warm until the sheriff arrives. With your job done and the sheriff impressed with your abilities, he promises some work in the future.

We’ve played through a handful of the earlier missions found in Open Country. Just like the one described above, they help you get accustomed to the basic features of the game. You’ll be sent out to hunt game, for example, as well as utilise an ATV to negotiate rough terrain and carry heavy cargo. Upon completing your tasks, you’ll find the lodge improving and attracting more customers each time you return. With many of them offering you new jobs or being open to trade, you’ll be happy that the place is more lively. 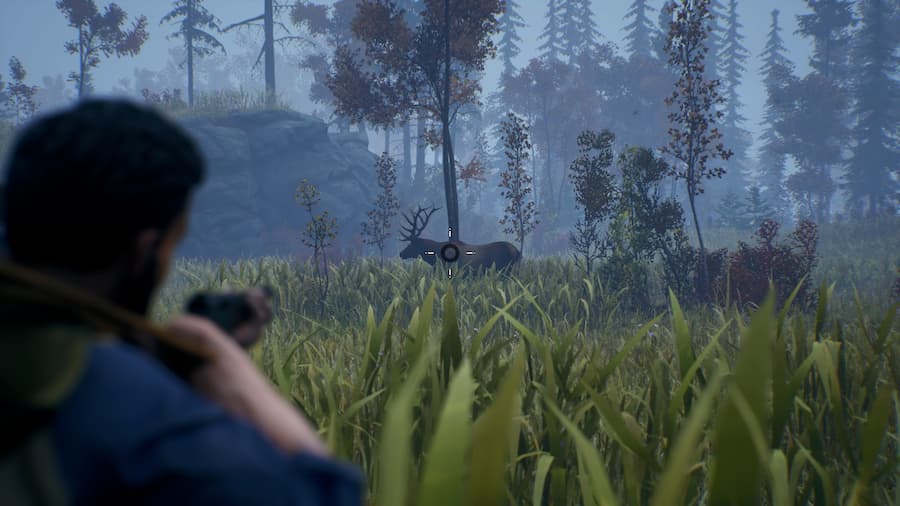 Being a survival game, however, you’re always somewhat under pressure in Open Country. As you go about your business, you need to manage your thirst and hunger levels, and even your temperature. Needless to say, it’s not going to be a walk in the park; a diet solely consisting of berries probably isn’t sustainable in the long-term, and if you want to venture into territories with more extreme climates, you’re going to need to make the necessary preparations. And then there’s your encumbrance to consider – you’ll need to think carefully about the materials and equipment you decide to carry with you, otherwise you’ll find yourself moving at a snail’s pace.

The full game is set to feature 30 story-driven missions and three areas for you to explore, each with their own climate, flora and fauna. And as you go about making a name for yourself, you’ll earn money which can be used to obtain better equipment. A levelling system is also in place, allowing you to improve your abilities over time. Little by little, you’ll become more resilient to and knowledgeable of Open Country‘s world, eventually giving you the confidence to go out and explore every nook and cranny. 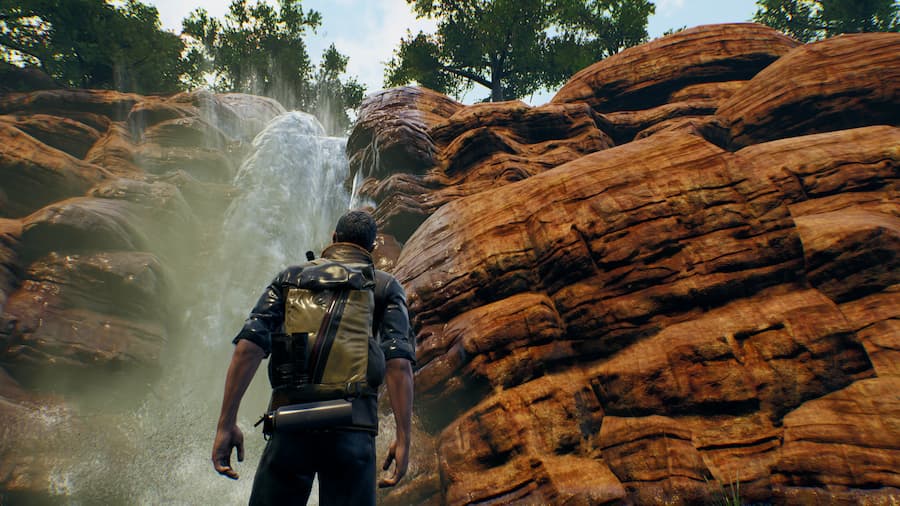 It’s impressive just how much Open Country tries to cram into one package, especially considering its budget price of just $14.99. Progress far enough into the game and eventually you’ll even be able to go fishing and make friends with a canine companion. It’s not going to be a game you’re going to have play alone either, thanks to multiplayer features. Both cooperative and competitive modes are included, allowing players to hunt together or compete for their target.

It’s certainly worth keeping an eye out for Open Country as it nears launch. With its somewhat streamlined mechanics and story-led nature, it could quite possibly be a great way for some to dip their toes into the survival genre. Despite that, however, it’s still seemingly going to offer enough depth to entertain those who live and breathe survival games. Our only concerns right now are some rough edges, but hopefully they’ll be smoothed out before launch.

Open Country is set for release on PS4, Xbox One and PC on 3rd June. You can add it to your Steam Wishlist right now.