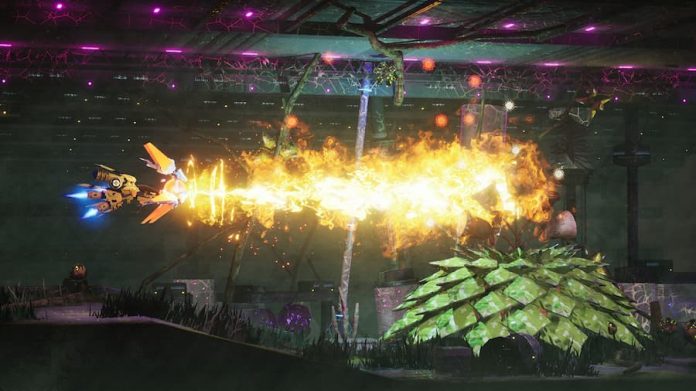 With that amount of time passing, you’d have assumed that R-Type Final was indeed the final outing for the classic shoot ’em up series. But no, thanks to a successful Kickstarter, here we are in 2021 with the somewhat ludicrously named R-Type Final 2. As you’d expect it’s undoubtedly the best-looking R-Type game yet, despite being a bit drab at times. Though while the graphics are up to date, the gameplay is unashamedly old-school.

Being funded by series fans, R-Type Final 2 stays true to its roots. A horizonal shooter with a high difficulty level, it challenges players to make their way through seven stages, with the last two branching off from a choice made in the fifth. Your ship starts out lightly armed, but you can collect three Forces which provide more powerful alternative attacks. A power-up can also be obtained that enables secondary fire – such things as homing missiles or bombs. And as ever, your ship comes accompanied with a ‘Bit’, a spherical orb which you can detach, allowing it to move of its own free will and shoot at enemies.

For new players, R-Type Final 2‘s myriad of systems might be quite a bit to take in, especially as they’re not explained very well. New players might be tempted to just hold the rapid-fire button and hope for the best, but in some situations it pays to instead charge your attack and unleash a powerful beam. The Forces you can collect each have their own specific behaviour too, so you need to collect the right one for the job ahead. And the Bit, when detached, gains a store of energy as it defeats enemies – once charged, a powerful screen-clearing attack can be performed that’s particularly useful in a bind.

It takes a lot of time to master R-Type Final 2, and while devout series fans will no doubt enjoy taking up the challenge, others may be less determined. All it takes it one hit for your ship to crash and burn, and with a large hit box, it occurs all too easily. There are times where you’ll find yourself hemmed in to a small section of the screen – large enemy craft and other small fry all around you – severely limiting your movement. On top of that, there are many enemy attacks that you just can’t anticipate the first time around, leading to deaths that feel inevitable. Die three times and it’s game over. Thankfully continues are available – their number growing until sheer persistence allows you to succeed. 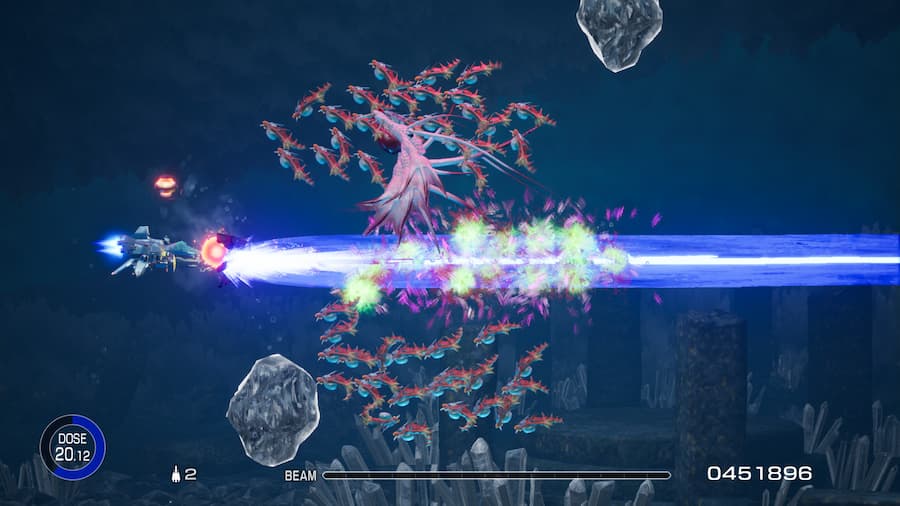 Trying and trying again until you’ve learned every one of R-Type Final 2‘s encounters doesn’t lead to a wholly enjoyable experience, however. For a start, it’s fairly slow paced, which makes it rather dull. Then there’s the horrendous checkpointing to consider. Sometimes it’ll take you back a little too far for comfort; other times it’ll dump you right into the middle of action. To make matters worse, upon restarting at a checkpoint you’ll find all of your upgrades gone – if you were struggling before, chances are you’ll struggle even more after a death. R-Type Final 2 feels too punishing at times – like it revels in your defeat.

There are numerous difficulty levels to choose from, but they don’t alleviate the game’s issues much, if at all. Even on the easiest setting, you’ll still die after one hit and continue from a checkpoint with your upgrades taken from you. For newcomers, it’ll be very off-putting. 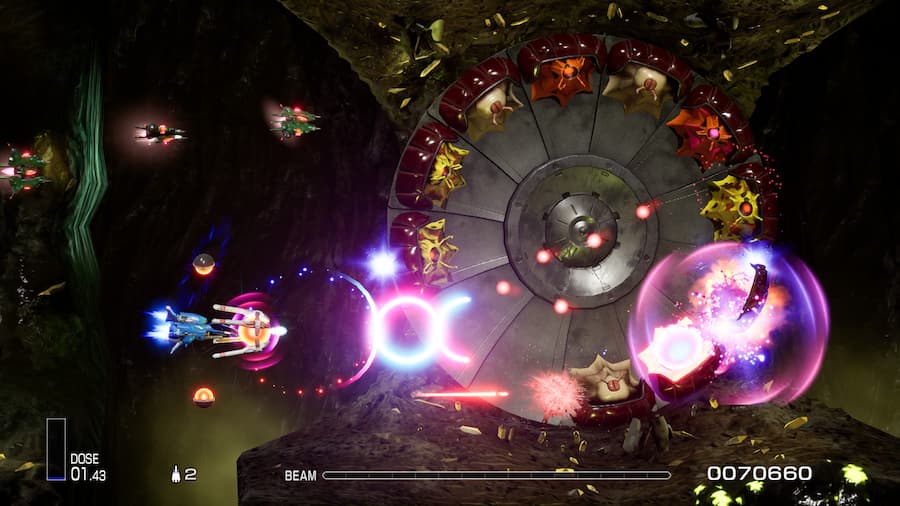 Still, those who do get on with R-Type Final 2 and have the patience to see it through will find plenty to keep them occupied. There are 99 ships to unlock, for instance, each one with its own loadout that can have a large bearing on how the game plays. Collecting the resources to acquire them all could be a bit of a grind though. Completed stages can also be replayed in Score Attack mode, though leaderboards are strangely absent. And for those into such features, both the ships and your pilot can be customised to your liking.

A game funded by fans for fans, it’s perhaps miraculous that R-Type Final 2 even exists. It’s a shame that Granzella wasn’t a little forward thinking with its development, enticing new players into the fold to ensure the future of the franchise. As it is, R-Type Final 2 feels old-fashioned and punishing to a fault. There are simply better shoot ’em ups available that are faster paced, fairer, better looking and more accessible.

This review of R-Type Final 2 is based on the PS4 version of the game (played on PS5), with a code provided by the publisher. It’s available on PS4, Xbox One, Xbox Series X/S, Switch, and PC.