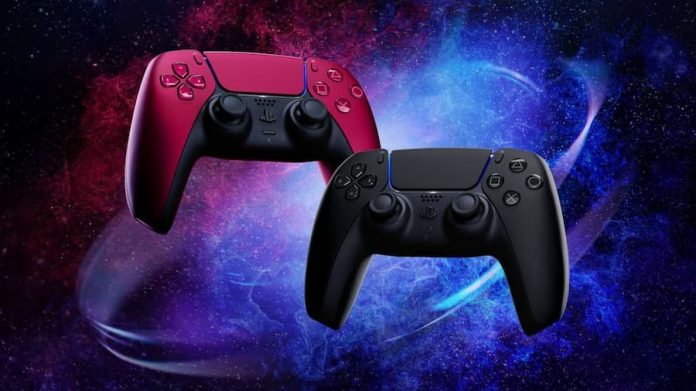 The moment we’ve all been waiting for is here: Sony has announced new colourways for its PS5 DualSense controller. And we want them. We want them so bad.

Announced today on the PlayStation Blog is a Midnight Black DualSense and a Cosmic Red DualSense. The Midnight Black controller is, unsurprisingly, all black. It’s sleek looking, and quite a contrast from the standard black-and-white colour scheme. It is rather unassuming, and we quite like that.

The Cosmic Red controller on the other hand, begs to be seen. It wants your attention. And by god, does it have ours. The usual white sections of the DualSense controller have been replaced with a gorgeous, velvelty shade of red, while the underside of the controller remains black. It’s the perfect contrast; we think all red would perhaps be too much.

The new colours will be available from 18th June. No price has been announced, but we assume the RRP should be in line with a standard white and black controller. Let’s hope this is the start of a whole range of different coloured DualSense controllers. Because we’ll buy them. We’ll buy them all. [Insert maniacal laughter here]

Anyway, the fancy and rather over-the-top video below gives you a better look at these beauties.

Is a PS5 Dualsense Controller Compatible With PS4?