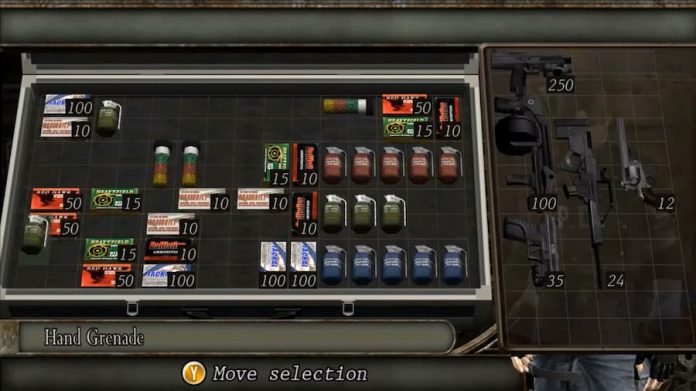 Resident Evil Village reintroduced us to the joys of Inventory Tetris but, after watching this YouTube video, we need a real Resident Evil Tetris.

In case you’ve missed out on the “joys” of Resident Evil Tetris, we’ll explain. Most Resident Evil games give you a limited inventory, so, when you pick up a new item you have to find a way to make it fit, rotating items appropriately, not unlike a game of Tetris.

Want that flamethrower? Tough, you’re going to have to find a way to make it fit in with that magnum revolver and twenty boxes of handgun ammo. You could drop things to make more room but what if that box of bullets you dropped is the difference between life and a very messy death?

Yes, it’s never clear how a Racoon City Police Officer with no visible backpack can carry four different weapons and ammo types but we we’ve usually been willing to overlook that reality-bending part of Resident Evil. However, we never really thought of it as fun, until we saw this video.

All YouTuber “coolkarmact” has done is put the Tetris music over an existing video, and add the Tetris logo at the beginning, but we can’t stop watching this. It’s true that seeing Leon’s inventory arranged so neatly is oddly satisfying, but what really intrigues is the possibility of a real Resident Evil inventory puzzle game.

Imagine struggling to fit all those items while the clock ticks down. You could have multiple object arrangements; all would be solvable but they’d get progressively tougher as the game went on. There’d be fifteen seconds to go and you’d be frantically rotating a grenade launcher, moving objects in and out of your inventory before nailing it with just half a second to go.

Come on Capcom, you need to make this happen.