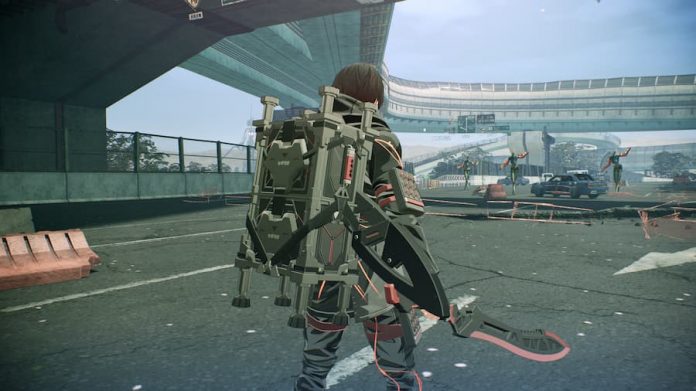 After spending three hours with Scarlet Nexus, I’m very much looking forward to getting stuck into it this June.

An action RPG developed by Bandai Namco Studios, Scarlet Nexus may be anime-styled, but it’s an entirely new IP for the company. Just one month after the release of the game, however, an anime television series will premiere. It perhaps speaks volumes as to how much depth Bandai Namco thinks there is to Scarlet Nexus‘ world. And it’s probably right; after spending a few hours with the game, I indeed want to know more about it.

Set in a futuristic world that’s been ravaged by monsters known as Others, Scarlet Nexus casts players as new Other Suppression Force (OSF) members Yuito Sumeragi or Kasane Randall. After choosing one of the two characters to play as, the action picks up one day before they become full OSF members. A training session in which they are required to prove their skills works as a handy tutorial, getting you up to speed with their supernatural abilities. And you’ll need them – with the session a success, you’re given the rest of the day off to enjoy. But then Others attack, putting an end to your hopes of a lazy day.

Playing as Yuito Sumeragi, the story scene unfolded as the Others attacked while I stood back, watching as top-tier OSF members decimated their enemies. Then it was time for me to exit the area – as a trainee, I wasn’t allowed to fight. But then the moment came where Yuito just couldn’t sit back and do nothing. With civilians in danger of being killed by Others and no one else around to help them, Yuito and his best friend rush in to help. And so begins your first encounter with the Others, a strange group of foes that range from feminine bodies with flowery growths to hulking, animal-like behemoths protected by sturdy armour. 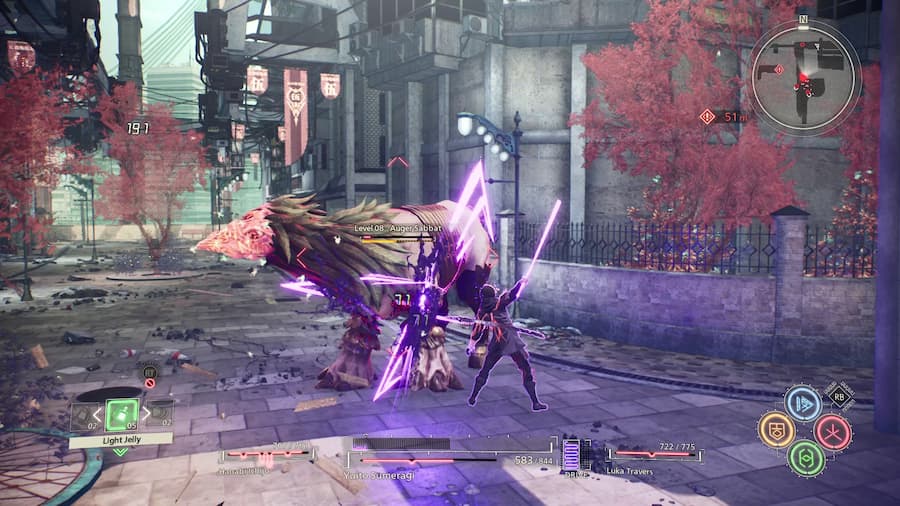 Things might play out differently if you chose to play as Kasane, however. Both of the protagonists of Scarlet Nexus have their own viewpoint on the story, which means you may encounter different scenes based on the character you choose. They play a little differently in combat, too; while Yuito slashes at his enemies with his sword, Kasane swings daggers, giving her more range and allowing her attacks to have an area of effect. The flipside is her attacks are a little weaker.

One thing they do have in common though, aside from both being OSF members after passing their training, is the power of Psychokinesis. By holding the right trigger for a brief period, players can grab objects in the environment and hurl them at their enemies with the power of their mind. You can’t spam Psychokineses, however, as its use is linked to a gauge charged by performing standard and special melee attacks, with the latter charging the gauge as an increased rate. 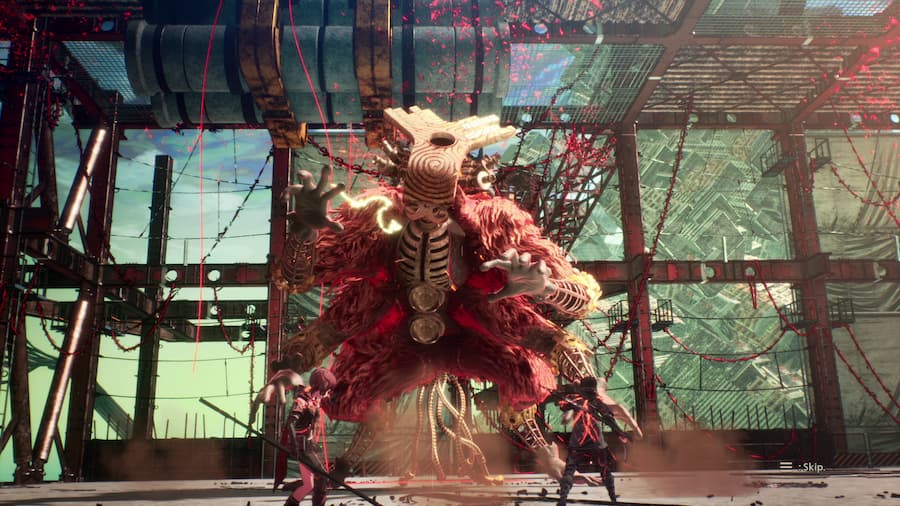 What’s really cool is that you can chain melee and Psychokinesis attacks into each other thanks to follow-ups. You can instigate a Psychokinesis attack at any point during a combo, for example, with your character dashing back to give them some room to throw an object such as a car or a bin. Then, with your enemy pounded by your airborne assault, you get a short window to follow up with a melee attack, causing your character to dash back in to continue their assault. Keep chaining Psychokinesis follow-up attacks with melee follow-up attacks and you can cause massive damage to enemies.

Being an RPG you can, of course, power up Yuito or Kasane as you progress through Scarlet Nexus. Upon each level up you’ll gain Brain Points, or BP for short, which can be spent how you wish to develop their abilities. And while they’re both stuck with their Psychokinesis skills, they can make use of their teammates’ skills thanks to a system called SAS which links their brains together. From imbuing your weapon with the power of fire to momentarily turning invisible which allows you to perform a backstab attack, these skills add some much-need variety and strategy to combat. 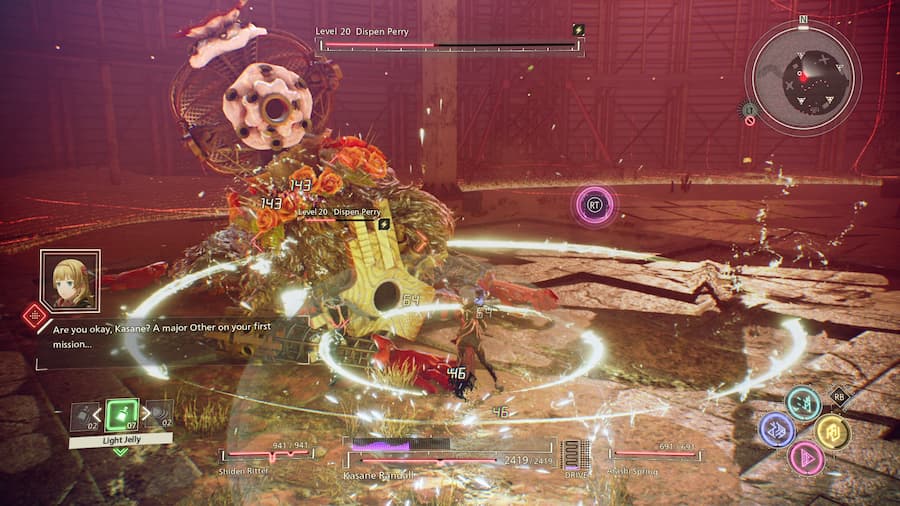 There are other complexities to combat in Scarlet Nexus as well. Some of the fights I got into, for example, were much easier if I made use of special Psychokinesis attacks instigated by holding down the left trigger instead of the right. They manipulate more unique objects in the environment, and upon impact require you to complete a quick time event to cause even more damage or hit multiple opponents. There’s also a Brain Crush manoeuvre that allows you to kill an enemy in one hit if you manage to wear down their defences. It’s also guaranteed to make them drop a useful item for you. And then there’s Brain Drive, a state of increased power and movement speed that activates automatically when another gauge is filled.

But combat isn’t the only thing found in Scarlet Nexus. In between encounters, you get to explore a beautifully detailed world, though one that often looks like it’s been ravaged. Safe areas are prim and proper, but your missions take you to places like abandoned shopping districts and construction sites, now crumbling and dilapidated. Those who explore the world’s nooks and crannies might find items to help them on their adventures, and in safe areas such as OSF HQ they might even find some optional missions to undertake. 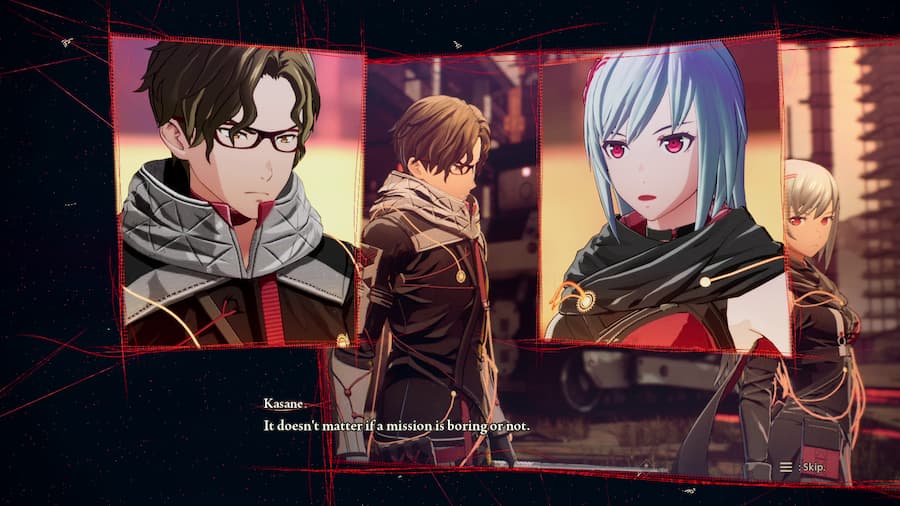 Not far into Scarlet Nexus, players also unlock a hideout that they’ll return to in between missions. There, players can talk to their team members and give them gifts, growing their bond with them. Bond Episodes can even occur – short scenes that may involve gameplay, where characters get to know each other better. And as a character’s bond level increases, the skill they can impart upon you becomes more useful, too. Characters can also interact with each other by sending messages via their brain. Accessible at any time, it’s worth checking your messages often and replying to any that give you the option.

Launching 25th June on PS4, PS5, Xbox One, Xbox Series X/S and PC, it’s safe to say that Scarlet Nexus is shaping up to be a treat for action RPG fans, especially if they like their games anime-inspired. The visuals – enemy designs in particular – are wonderful, the combat is fast paced, and based on what I’ve seen so far, the story is gripping. After experiencing the opening hours, I can’t wait to jump in to the full game to find out more about the Others, and where Yuito’s journey leads him. This could be the start of a precious new IP for Bandai Namco, I feel.