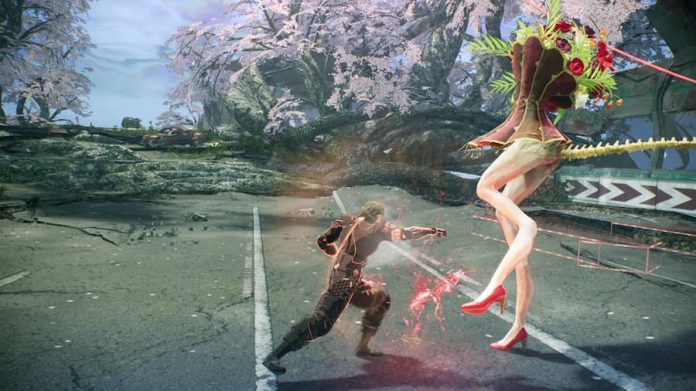 Bandai Namco’s Scarlet Nexus is now just over one month away, and we think that action RPGs fans should be looking forward to it.

Transporting players to a futuristic world where strange creatures called Others have caused catastrophe, it’s up to them to fight back as either Yuito Sumeragi or Kasane Randall. As members of the Other Suppression Force, they have the power to fight back against the Others – the power of Psychokinesis to be exact. Even better, by linking up with other OSF members, they can make use of their unique powers too.

Ahead of the game’s launch next month, we got the chance to fire across some questions to Game Producer Keita Iizuka and Game Director Kenji Anabuki, keen to find out more information about Scarlet Nexus. So, please enjoy a short Q&A that should shed some light on Scarlet Nexus and its world.

GameSpew: What kind of enhancements do next-gen console owners have to look forward to?

Kenji Anabuki: The high frame rate and high resolution gaming experience under great processing powers is what we want our fans to look forward to. The high-speed SSD also makes the gameplay more immersive, which is essential for Scarlet Nexus, a story-driven RPG. In addition, PS5’s DualSense controller is designed to allow users to experience the “power flow” of telekinesis through haptic vibrations and the “feel” of using telekinesis through adaptive triggers.

How closely linked will the game and the anime be? Will we need to play the game to understand the anime, and vice-versa?

Keita Iizuka: The game and anime follow the same timeline, with the story centring on both Yuito and Kasane. The original story is based on a fascinating scenario by Takumi Miyajima, and the story is presented in a way that best utilises the appeal of both the game and the anime. In the game, the action and scenario unfold seamlessly as an action RPG experience, while in the anime you can enjoy conversations and character details that are not depicted in the game.

How does the dual story mechanic actually work? Do we get to switch characters at certain points of the game, or is each story a separate thing?

Keita Iizuka: When you start the story, you choose one of the characters, and the story unfolds from that character’s point of view. You can’t change it midway through the story. However, it is possible to create multiple save data so that you can enjoy both stories at the same time, or change the main character in the second playthrough.

Do Yuito and Kasane have their own unique skills and abilities?

Kenji Anabuki: Yuito and Kasane have the same power, “Psychokinesis”, however the weapons they are using are different. Yuito’s has a close-ranged battle style which deals great damage while near enemies, while Kasane has a mid-range battle style, and is also good at fighting in the air.

Some skills that can be acquired are common to both protagonists in the “Brain Map” skill tree, but it is also possible to acquire unique skills for both.

Some of the enemy designs are truly outlandish (which we love). Did you come up with any designs that were just a bit too out-there for inclusion?

Kenji Anabuki: We have adjusted some of the designs, including the overall look and colour, while taking game ratings into consideration. We also made some adjustments to the design if it did not fit well with the gameplay we wanted to achieve with some particular Others.

Are you hoping for Scarlet Nexus to become a bigger franchise? Are there already ideas for where it could go next?

Keita Iizuka: Currently, the project is only being deployed as a game and an anime series. I hope that in the future the fascinating world of Brain Punk and the story of the psonics will be extended to other media as well, so that more people will be able to enjoy the IP.

How long is a playthrough of Scarlet Nexus expected to take? Are there side-quests? New game plus?

Kenji Anabuki: It will take about 25 hours to complete the game if you just go through the main scenario of either Yuito or Kasane. In addition to that, if you play through the character bond episodes and quests it will increase the playtime even more. We definitely want players to enjoy both Yuito and Kasane’s routes of the game, however players can choose freely to start a New Game or not.

Scarlet Nexus is set in what is described as a “Brain Punk future”; could you explain that to us a little? Also, the red strings – is there some form of symbolism there, i.e. the lifeblood that connects us all, or the internet which we have grown so reliant upon?

Kenji Anabuki: Scarlet Nexus‘ story happens in a world where the power of the “brain” is very much developed. Just as in the real world, where people operate various devices with their own body parts or voices, this game takes place in a world where people have developed the ability to use their brains to interact with devices. At first glance, there are signs and information boards in the city. However, they are actually holograms, information sent directly to the brain of the individual looking at them.

The “red threads” are also very important elements in this game. They are embedded in a lot of locations in this world and are very important to the story. By the way, when the characters are connected with red cables, they will be able to connect their brain with their allies and borrow their powers.

And finally: why should we be excited for Scarlet Nexus as its release date looms ever-closer?

Keita Iizuka: As revealed in our newest announcement on 12th May, a free Demo Edition will be released. I hope players will really enjoy the exhilarating action surrounding the use of different powers. Players will be able to fight with enemies by combining psychokinesis with other powers that will be featured in the game. We also hope to reveal more information about the anime series so please be patient for more!

Scarlet Nexus launches 25th June on PS4, PS5, Xbox One, Xbox Series X/S and PC. Read our hands on impressions with the first few hours of the game.