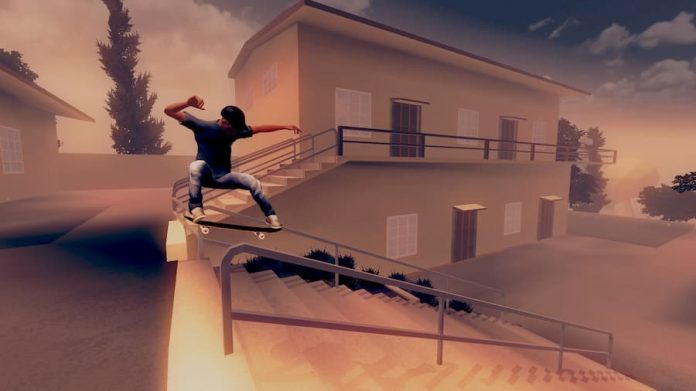 Skate City is a chill skateboarding game to dip into when you have as little as ten minutes to kill.

Developed by Agens and published by Snowman, Skate City offers an authentic skateboarding experience that you can take at your own pace. With three cities to visit, all based on real skate locations, you can either jump into Endless Skate or complete a large number of challenges. And as you go, you’ll earn the cash required to upgrade and customise your player and skateboard.

Like Roll7’s OlliOlli, Skate City is a skateboarding game of the side-scrolling variety. Also, it doesn’t attempt to look realistic, instead offering visuals that have a dream-like haze. Along with the more authentic representation of the activity, it makes for a unique experience. Although one that takes some time to truly get into thanks to a control system that isn’t very intuitive.

With a face button being used to push off and gain speed, it’s unfortunate that both analogue sticks need to be used to perform the available myriad of tricks. Performing an Ollie or another trick with the left analogue stick isn’t a problem, but if you want to pull off a Nollie or another variant trick that requires the right analogue stick, you either need to take your finger off the push off button, or reach across with your left hand. It’s a bit awkward. 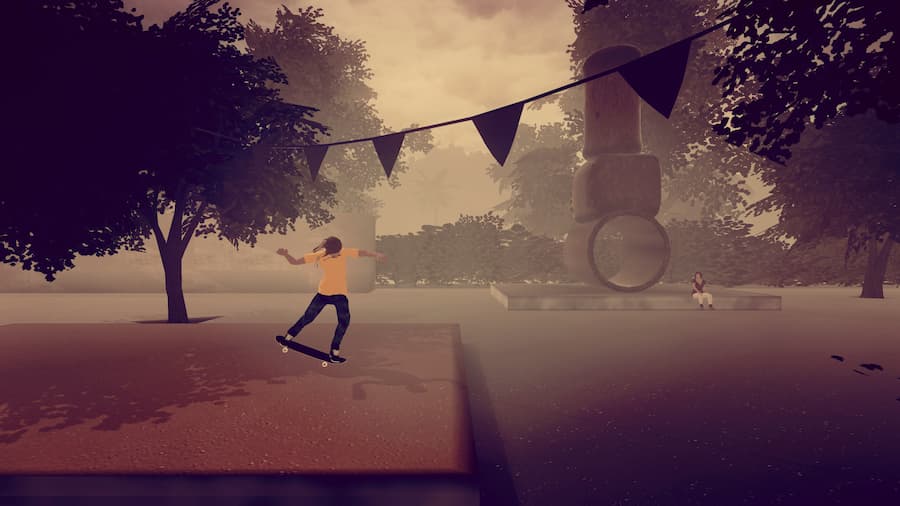 The shoulder buttons and triggers, meanwhile, are used to perform spins and manuals respectively. And so, putting everything together to form high-scoring combos can be a bit of a task, especially when you also factor in grinds. If you put in the time you can eventually get your head around things, but some players may quickly be put off. After all, while Skate City is a fairly entertaining way to while away some time, it’s never as exciting or rewarding to play as Tony Hawk’s Pro Skater.

Those who enjoy Skate City‘s ambience and put in the effort to master its controls, however, will find a decent amount of content to sink their teeth into. Of the three cities included in the game – Los Angeles, Oslo and Barcelona – initially only one of them is available, with access to the rest easily bought with in-game money. That can earned be completing goals in Endless Skate, or completing challenges. The latter award you varying amounts based on your performance. 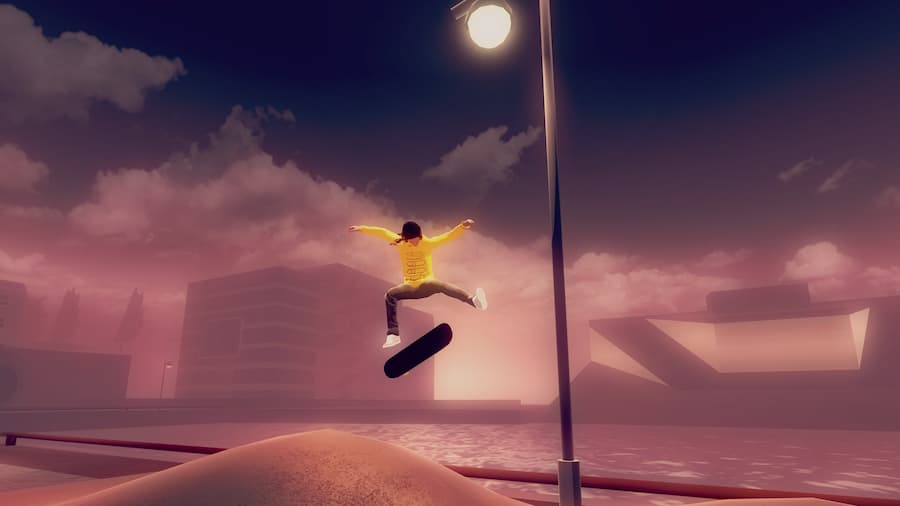 Online leaderboards are also included for many of the game’s challenges, which may coerce some players to repeat them in order to try and claim the top stot. Skate City has neat in-game recording features, too. Those who get good at the game will be able to show off, recording their best runs and adding effects such as zoom and slow-mo to really highlight their tricks.

Skate City isn’t going to wow you. If you have the patience to master its awkward controls, however, it’s a game you can keep going back to, delving into it for as long or little as you please. With its action more grounded, it’s not as exciting to play as some of its competitors, but some will enjoy its more technical gameplay and showboating element that arises out of its video editing features.

This review of Skate City is based on the PS4 version of the game (played on PS5), with a code provided by the publisher. It’s available on PS4, Xbox One, Switch and PC.