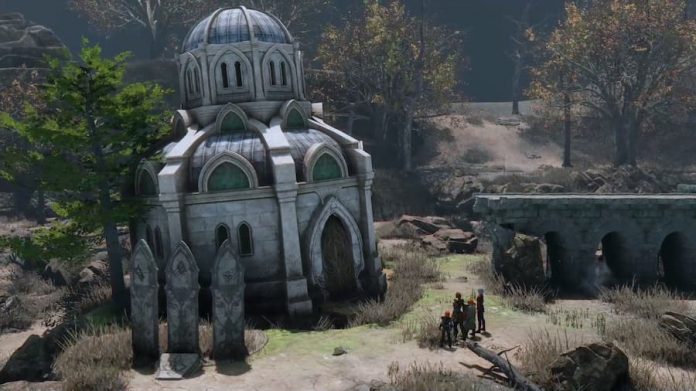 With the full release of Solasta: Crown of the Magister, CRPG fans are in for a treat later this month.

Available via Steam Early Access since October last year, players have been able to dip their toes into the world of Solasta: Crown of the Magister for quite a while now. And it seems they’ve been impressed – as of writing, 92% of the 3,262 Steam reviews of it have been positive. The first game by Tactical Adventures, a team of skilled developers who are passionate about their craft, it’s about to get much better. Not only will players finally be able to finish the game’s story, they’ll also find that it’s been polished and improved, and that its dungeon maker mode has much more content for them to play around with.

In Solasta: Crown of the Magister, players are thrown into a world ravaged by a cataclysm. With their four-strong party, it’s up to them to learn the truth of the monumental event, and then prevent it from happening again. No pressure, eh? After creating your party of four, choosing each of their classes, etc. along the way, you’re eased into the game by a sequence of tutorials served up as backstories of sorts. Those who have played games such as Baldur’s Gate or Pillars of Eternity won’t encounter much out of the ordinary, but those new to the genre will appreciate the helping hand.

Utilising the Dungeons and Dragons SRD 5.1 ruleset, Tactical Adventures hopes that Solasta: Crown of the Magister will provide players with the most faithful videogame adaptation of the tabletop ruleset yet. The developer has, of course, made some changes to certain spells etc. that wouldn’t quite make the perfect translation to the world of videogames. Also, while a licence for the Dungeons and Dragons ruleset has been granted, Solasta: Crown of the Magister takes place in an original world. I think this works in its favour, as Tactical Adventures has been free to stretch its creative muscles, developing monsters and locations that are unique to the game.

Verticality also separates Solasta: Crown of the Magister from other games in the genre. With a world entirely created in 3D, consideration must be given to your party’s ability to reach higher ground and attack those that assault you from the air. Agile characters will be able to climb, while others may be able to utilise spells that enable them to fly. Some enemies, such as horribly oversized bugs, may be able to burrow, preventing you from attacking them until they resurface. Even worse, they may resurface behind your party, putting your weaker characters who stick to the rear in grave danger. 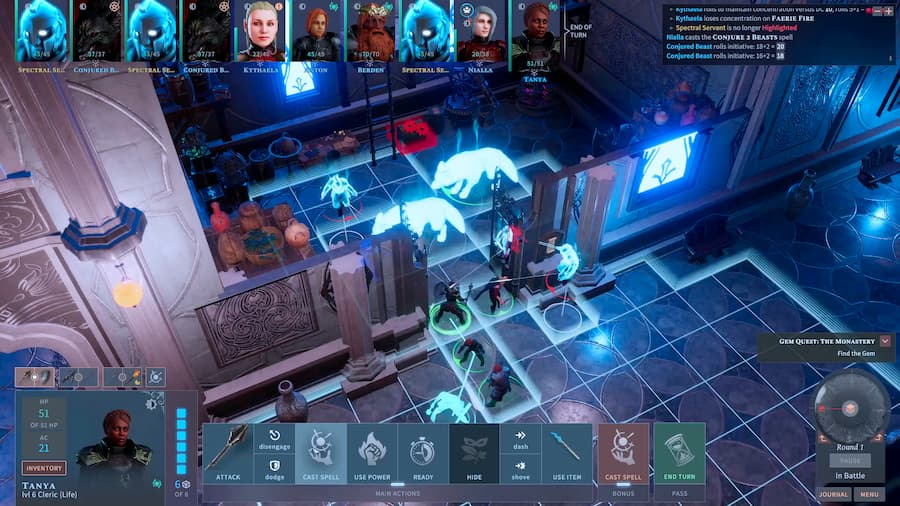 A particularly neat aspect of Solasta: Crown of the Magister is how accessible it is to players of all skills levels. There are numerous preset difficulties, allowing players to simply sail through its story if they wish, or make every fight a real struggle for survival. Custom difficulties can be created too, with an overwhelming number of options to play with to fine-tune the experience. The ability to change the difficulty during play is the icing on the cake, especially given that you can do so during combat. So, if you get into an encounter that’s unexpectedly difficult, you can simply open up the options menu, lower the difficulty, achieve victory, then raise the difficulty again.

While most of the battles you enter into in Solasta: Crown of the Magister will be of the usual ‘defeat all enemies to win’ variety, from time to time it won’t quite be that simple. In some battles you’ll have to complete objectives, for example, such as destroying statues that supply power, and you may even find yourself in a one-on-one duel. Needless to say, you’re going to be kept on your toes. And of course, there will be dragons, which will prove to be particularly difficult to defeat thanks to Legendary actions, allowing them to act, and perform powerful attacks, between turns. 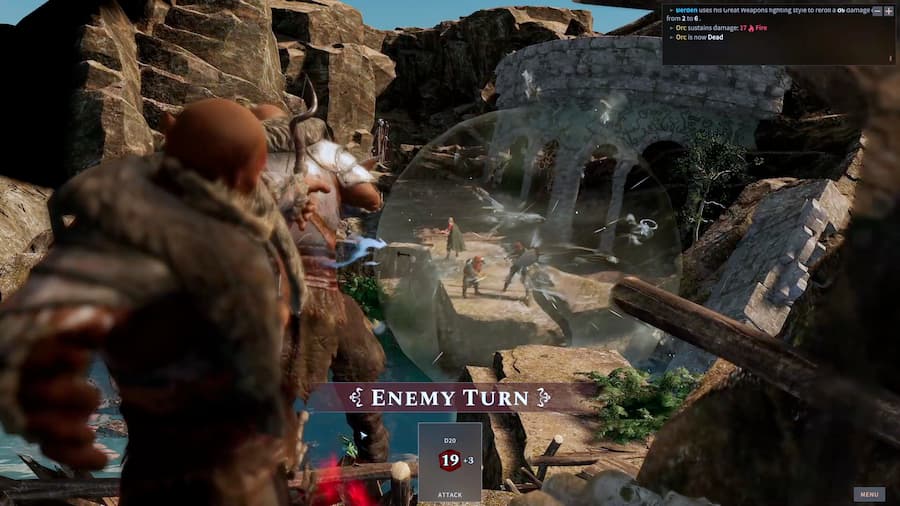 With a campaign that will take players around 40 hours to complete depending on their luck, skill, and chosen difficulty level, Solasta: Crown of the Magister will offer a sizeable adventure for fans to sink their teeth into. The campaign isn’t all that’s on offer, however, with a Dungeon Maker mode also included. Solasta: Crown of the Magister‘s Dungeon Maker mode will be in beta at launch, but it’s already looking very impressive. It’s easy to use, requiring players to simply drag and drop rooms and corridors then fill them with such things as props, enemies, activators, and lore. Players are even able to join dungeons together with entrances and exits to make their own mini-campaigns.

When creating dungeons, players are able to use a variety of environments found in the main game. Depending on the environment, the nature of the dungeon created may also be wildly different to another. A dungeon created using the Lava Caves environment, for example, will look, feel and play different to one created using the Palace environment. Tactical Adventure is planning to expand what’s available in future too. Nothing’s confirmed, but there’s the possibly of a town, NPCs, and merchants being added into the mix, and more. Once created, dungeons can easily be shared with others. Thanks to being standard JSON files, they’re small and easy to work with, too. 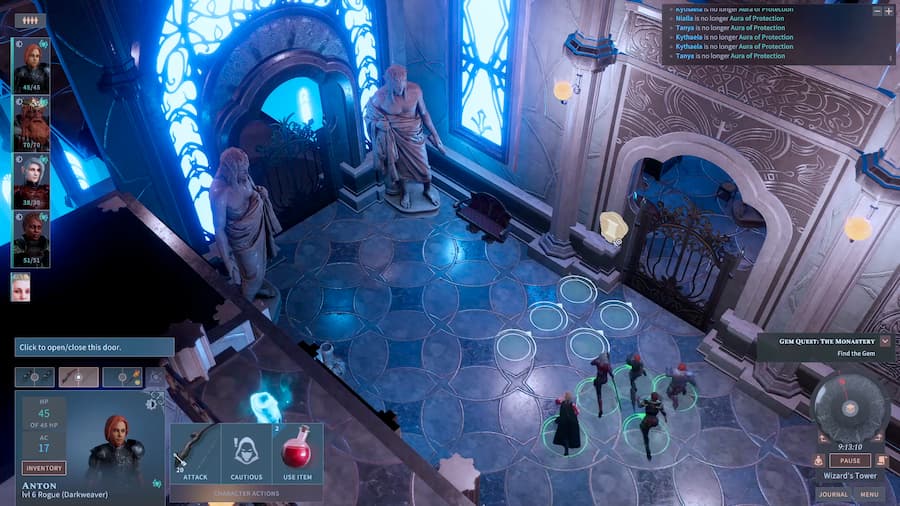 Solasta: Crown of the Magister‘s time in Early Access has been useful “super useful” according to Tactical Adventures. It has lead to numerous changes including a revamp of the game’s lighting system, which players have previously argued puts them at a disadvantage. With the new lighting system, areas are generally brighter, putting the player’s party and the enemies they’re up against on a more equal footing. Other changes made as a result of feedback include the tweaking of some rules, and Tactical Adventure will no doubt keep listening to fans as it attempts to make Solasta: Crown of the Magister as good as it can be. 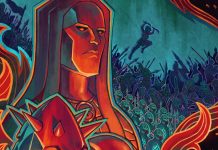 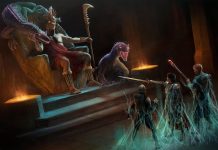