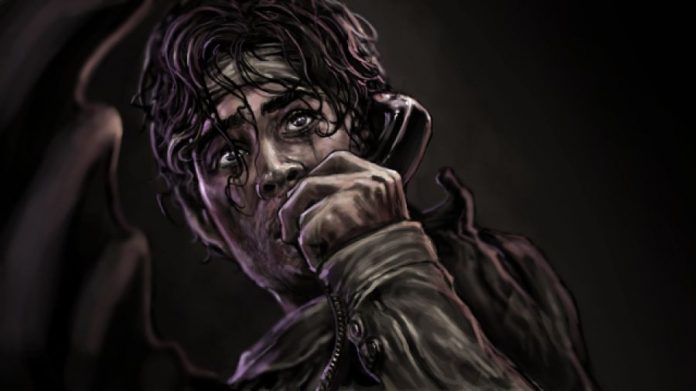 Strangeland goes out of its way to convince you you’ve fallen off your chair and woken up in the 90s.

It emulates the dreamlike quality and slightly-stilted animation that characterised Harvester, I Have No Mouth, and I Must Scream and other point-and-click adventures of the era. Unlike the former, it’s not drenched in gore – but it’s still endearingly unsettling.

Your nameless, wild-eyed protagonist wakes up in a bizarre realm, the titular Strangeland, and after stepping through a wise-cracking clown’s giant mouth ends up in a twisted funfair. Granted, “twisted funfair” isn’t the most original setting for an adventure game but Strangeland’s world is, er, strange enough to make it stand out, and the funfair elements (for the most part, at least) take a backseat.

Instead, Strangeland is an off-putting gothic endeavour; the kind of game you’d get if you locked Tim Burton, H.R. Giger and Monkey Island’s Ron Gilbert in a room and told them to get to work. Entrance clown aside, you encounter a pair of ravens, a mysterious, eyeless old men, a sentient furnace and a host of other oddballs. Each of them has something to say about your predicament – though whether you can trust them, or if they’re even real, is entirely up for grabs.

Strangeland isn’t a huge, realm-spanning epic; it’ll take you four to five hours to complete it, with a creator commentary option serving as an incentive to dive back in. But just pottering around, gawping at the scenery and characters, letting the eerie soundtrack flow into your ears, is good for a few minutes entertainment. 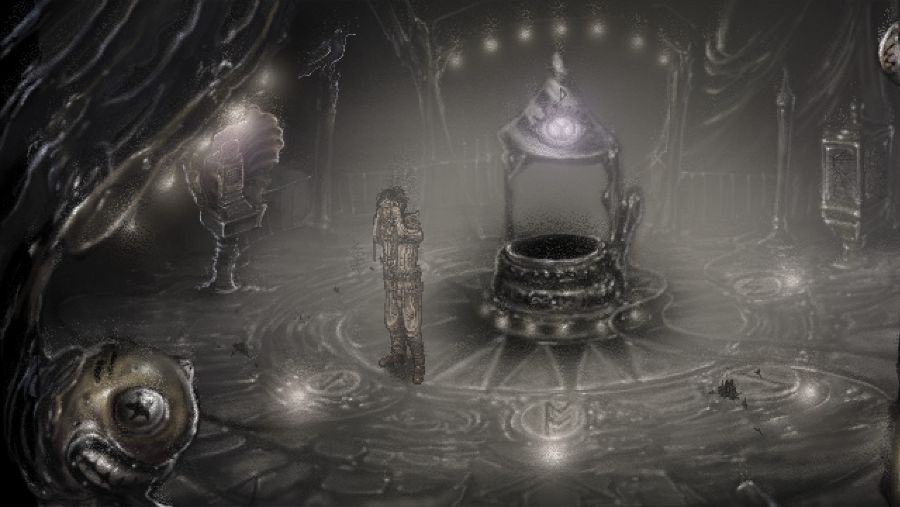 It’s also handy for figuring out how you’re going to make headway in this odd world. Why is a scribe writing down everything that raven says? And how can use that to your advantage? Most of the puzzles (which include both object gathering and logic puzzles) are perfectly pitched, and pleasingly satisfying to solve. Even though there’s a dreamlike quality to the world, the solutions to these conundrums are never obtuse. Odd, certainly – you’ll find yourself collecting starfish vomit at one point – but there was only one time I felt like I’d hit a brick wall. And, as it turns out, it was actually because I’d assumed objects could only be used for one single puzzle.

Solving puzzles is satisfying not just because of the sense of accomplishment but because, more often than not, you get a tantalising glimpse of the “truth” behind your harried character’s trials. I groaned internally when I saw my protagonist was wearing a straitjacket; but mercifully the game doesn’t go down the obvious “it was all in your head” route. There are a couple of character voices that feel a little weak but most of the roles, the main character included, are superb. 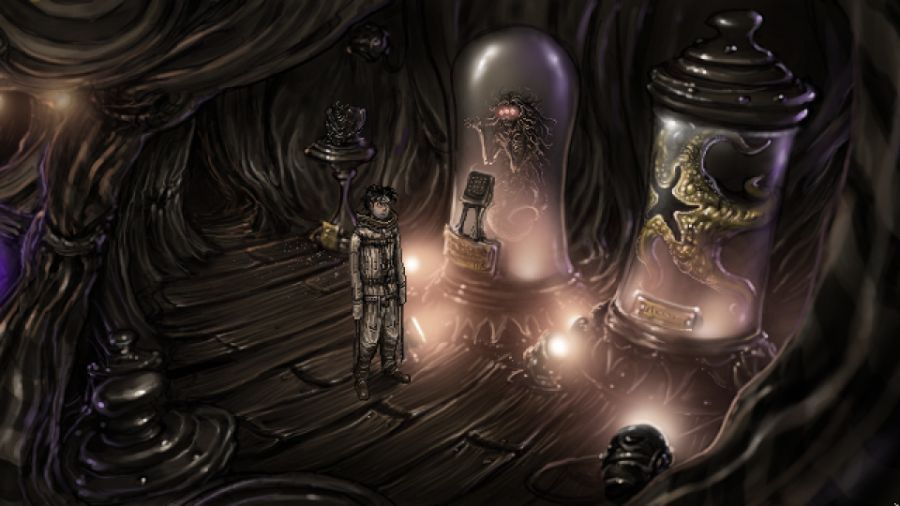 You still might find Strangeland’s conclusion a little too ambiguous, though. However your ending pans out (there are small variations) you will end up scratching your head a little. I don’t mind walking out of a movie theatre with questions, so that didn’t really bother me. I did, however, want to see more of Strangeland‘s stand-out characters. I’d pay good money for a standalone chapter that explores the mermaid’s backstory, for example.

Whether or not you find the destination satisfactory, Strangeland’s journey is a joy. It dips into the grotesque without getting too in-your-face, and despite some downbeat and occasionally distressing themes, it’s uplifting in all the right places.

This review of Strangeland was facilitated by a review code provided by the publisher. It’s available on PC. 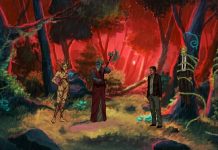