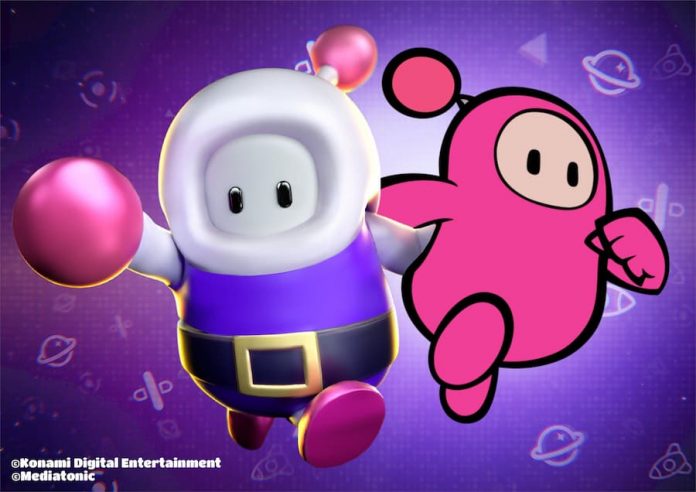 Sure, there’s nothing new about other games’ characters ending up in Fall Guys: Ultimate Knockout, but what’s unusual about this development is that it’s a two way exchange. Fall Guys will be getting a skin based on bomb-em-up battle royale Super Bomberman R Online, which you can purchase for the princely sum of ten crowns.

Unlike the Fall Guys skin, which is purely cosmetic, the Bomberman skin will let you dive a little further than usual, potentially giving you a slight edge. Though with 99 other players to compete against, you’ll still have your work cut out for you.

Originally a Stadia exclusive, Super Bomberman R is now also available for PC, Xbox and PlayStation. Reviewing the game, we said it “takes a classic and injects it with a modern twist to bring it to life once more”.