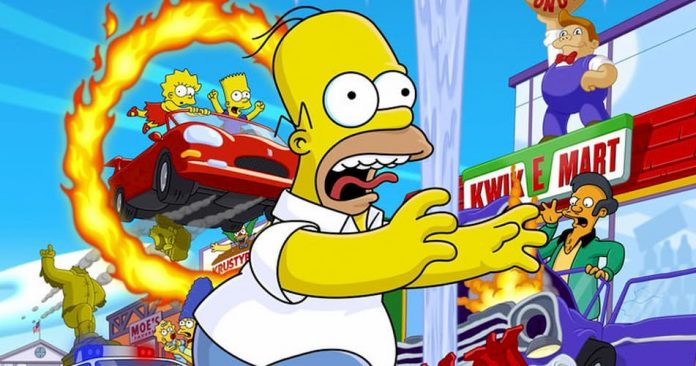 So you’re telling me you have the gaming equivalent of the Aurora Borealis right here in this list?

Skinner makes a good steamed ham, and The Simpsons franchise also makes for a great game. For today, you can call me Thrillhouse; I created this list because I am so smrt. S-M-R-T! (Me fail English? That’s unpossible.)

So you want to sit and play some Simpsons games? Sitting is the great leveller, after all. This is the list for you sir (without making a scene). Grab some Duffs, and snack so much that you’ll need a muumuu. This is the ultimate list of the best Simpsons games, based on everyone’s favourite family, the Thompsons! (I think he’s talking to you…)

10The Itchy and Scratchy Game

Released in 2001 for PlayStation 1, The Simpsons Wrestling introduces 20 Springfield residents to the wonderful world of wrestling. Sure, Maison Derriere may put the ‘spring’ in Springfield, but this game puts the ‘smack’ in smackdown. Impressively, each character is voiced by the actual voice actor, and Kent Brockman makes for a brilliant commentator.

Despite the wrestling name, The Simpsons Wrestling is more of a beat ’em up, with locations from the franchise used as settings for the fights. Who needs the Quick-E-Mart? We certainly do here as it’s a brilliant setting for a fist fight. The player can also collect floating letters around the setting in order to taunt, which makes the character invincible for a short period of time. The Simpsons Wrestling is one of the most unique Simpsons experiences going.

Released in 1994 for the Game Boy, Itchy and Scratchy in Miniature Golf Madness allows the player to play mini golf as Scratchy, while also avoiding attacks from Itchy. As long as you don’t have the pressure put on you that Homer puts on Bart in ‘Dead Putting Society’, then it’s a fun game which mixes golf and weapons.

The player can use weapons like throwing knives and a baseball bat to defend themselves, and Itchy uses grenades, rocket launchers, dynamite – basically any weapon ever seen on the Itchy and Scratchy cartoon. It’s a fun golf game, and the added Simpsons twist of Itchy and Scratchy-style weapons makes Itchy and Scratchy in Miniature Golf Madness a great game for Simpsons fans wanting more of the dynamic duo.

7The Simpsons: Night of the Living Treehouse of Horror

Released in 2001 for the Game Boy Color, The Simpsons: Night of the Living Treehouse of Horror mixes classic platforming with fantastic Halloween-themed Simpson-iness. It features seven levels in total, and the player jumps through each setting trying to complete the level before dying.

What makes The Simpsons: Night of the Living Treehouse of Horror really stand out is that each of the seven levels are based on segments from actual Treehouse of Horror episodes. This makes it the perfect nostalgia trip for any Simpsons fan – especially those wanting something a little more spooky.

Released in 1996 for PC, The Simpsons: Cartoon Studio allows the player to actually create their own Simpsons cartoon. It features a range of choices for editing, sound, music, characters and setting, which can almost be overwhelming at first. Each character is voiced by their voice actor too, meaning a sense of realism is created throughout.

Of course, if you make a video of man getting hit by a football in the groin then it’s going to be a winner. But there’s just so much potential to The Simpsons: Cartoon Studio. It’s any Simpsons fan’s dream to create their very own episode of the Simpsons, and this game lets you do just that.

Released in 2001 for Xbox, PlayStation 2 and Gamecube, The Simpsons: Road Rage is a hilarious Simpsons twist on the Crazy Taxi formula. The player is tasked with picking up a Simpsons character and then dropping them off at their destination as quick as possible. Obviously, the rules of the road do not necessarily need to be followed, so you don’t need more practice operating your automobile.

There’s a range of unlockable cars, characters and courses within The Simpsons: Road Rage. The game begins with the introduction that Mr Burns has bought all public transport companies, and the residents now rely on their new taxi drivers. It may not be a unique game, but The Simpsons: Road Rage is a highly enjoyable game for any Simpsons fan.

Released in 1997 for PC, The Simpsons: Virtual Springfield is a free-roam game where the player gets to explore Springfield. Forget Eye on Springfield – this is the perfect way to find out more about the town that can never be located (until many seasons have passed). Using a first person camera, the player can explore the whole of Springfield in impressive 3D graphics (for the time, at least).

The premise of the game is very simple: collect all the character card scattered throughout the game. But Virtual Springfield isn’t about story, it’s about exploration. There are plenty of homes, shops and areas from the cartoon that you can wander at your leisure, and some mini games are even located throughout the town. The Simpsons: Virtual Springfield is the closest any Simpsons fan can get to being a Springfield resident.

Released in 2007 for the Nintendo DS, Wii, PSP, PlayStation 2, PlayStation 3 and Xbox 360, The Simpsons Game follows a story which breaks the fourth wall, and shows how the Simpsons characters feel about being in another game. This platformer allows the player to control each member of the Simpsons family (apart from Maggie), and each has their own unique talents.

The Simpsons Game revolves around the plot that the Simpsons need to rescue Matt Groening. This creates plenty of brilliantly funny moments, and that’s the real joy the game. It’s as funny as any Simpsons cartoon, and is a must play for any Simpsons fan.

2The Simpsons: Tapped Out

Released in 2012 for iOS and Android, The Simpsons: Tapped Out sounds like a terrible idea at first: a free-to-play mobile game with plenty of encouragement to spend real money. But it’s so much more than that. It’s a chance to interact with so many iconic settings from The Simpsons, and it allows the player to create their own version of Springfield.

The story is simple: Homer accidentally causes a nuclear meltdown which leads to Springfield being destroyed. It’s then Homer’s task to build it again – and to do a better job that he did on Ned’s house in ‘Hurricane Neddy’. Not only is The Simpsons: Tapped Out highly addictive, it’s consistently funny, and packed full of Simpsons references. A must play for any Simpsons fan.

1The Simpsons: Hit and Run

Released in 2003 for the Gamecube, PlayStation 2, Xbox and PC, The Simpsons: Hit and Run is an open-world action game based around The Simpsons family. The story covers a variety of strange incidents, and the introduction of a new flavour of Buzz Cola, all of which link to alien interference. It’s a highly compelling and fun story.

But The Simpsons: Hit and Run is not number one because of its story. It’s number one because of its sandbox setting. Springfield is completely open to explore, and new areas can be reached depending on which character the player is controlling. This version of Springfield has plenty of The Simpsons charm, and the wide range of unlockable vehicles and outfits makes it the ultimate game for any Simpsons fan. 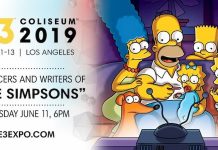