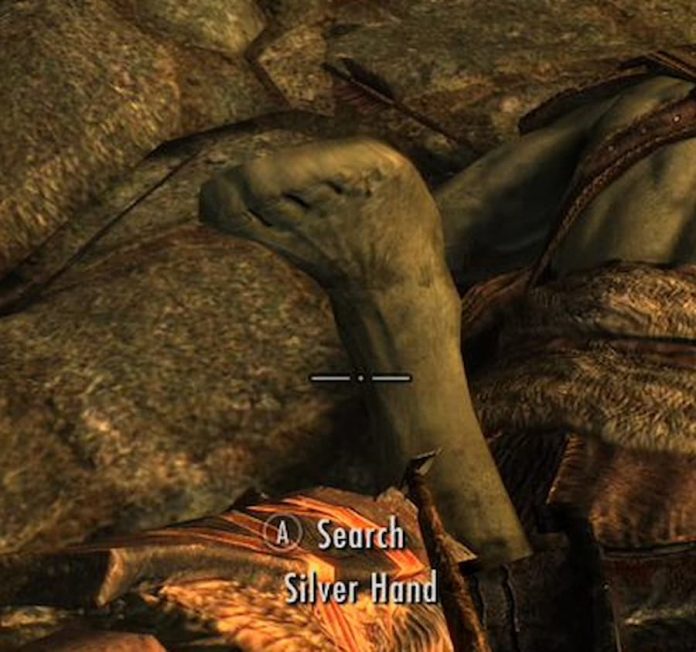 Ready for some Skyrim related nightmare fuel? Neither were we, but now we know we’re damn well going to share it.

At the risk of having half the internet’s foot fetishists descend on GameSpew, we need to talk about The Elder Scrolls V: Skyrim’s feet. Chances are you haven’t paid them much attention, partly because of the way Skyrim’s beggars are clad. In Oblivion, beggars ran around without shoes, whereas in Skyrim they’re always shod.

So, normally, bare feet aren’t something you often see in Skyrim. But as Twitter account Low Poly Depression pointed out, when you really, really, look (maybe you’ve stolen a dead NPC’s shoes) the horror hits home. You see, in Skyrim, NPCs never really have bare feet. What looks like bare feet are in fact shoes textured to look like flesh, complete with painted on toes.

We were skeptical at first, too. We couldn’t fathom what reason there would be for doing this, especially since Oblivion’s NPCs had actual, proper feet. But no, it’s absolutely true and the more you stare the harder it becomes to look away.

You see that? You can clearly make out the big, flesh-coloured sole of the “shoe”, beneath what are ostensibly toes. Presumably there’s some method to this madness, whether it saves memory or whatever. But now we’ve seen this we can never, never unsee it. We’ve tried calling them “chonky feet”, trying to make them cute rather than terrifying but the truth is we’re haunted by the wrongness of it all. And now you, too, are privy to this horrifying, forbidden knowledge.

Have a good weekend.