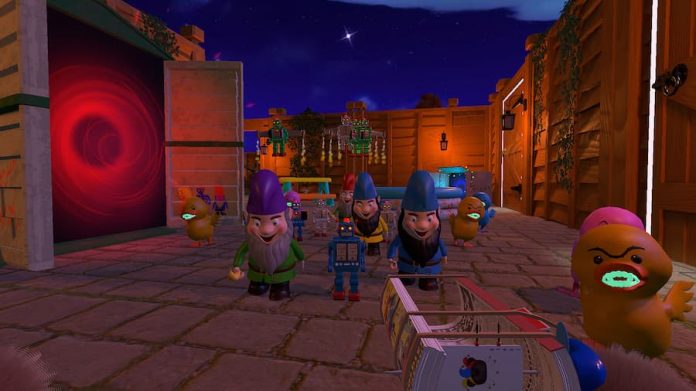 As a concept, Stuffed is surprisingly easy to explain. This upcoming first-person shooter simply asks.. “What if all the Toy Story toys were terrifyingly, breathlessly evil?”

That said, for some of us that’s not a “what if”. Yes, some people find the Toy Story movies absolutely adorable, but to us, it’s more than a little disturbing. Whenever he enters his room, Andy, protagonist of the Disney Pixar movies, is constantly being observed by pair upon pair of plastic eyes.

And it’s not even some Weeping Angel-style situation where the toys can’t move when watched. There’s nothing to stop Woody, Buzz and the rest of the toys from just descending upon him en-mass, tearing the flesh from his bones, or burrowing inside his corpse, animating it like some nightmarish meat-puppet.

So it makes sense that Stuffed charges you, a hopefully non-evil teddy bear, with defending your sleeping owner from waves of murderous toy robots, evil gnomes, sharp-toothed rubber ducks and many more. It’s not set in the real world; instead, it takes place in the sleeping imind of the girl you’re protecting, but that doesn’t make it any less sinister. 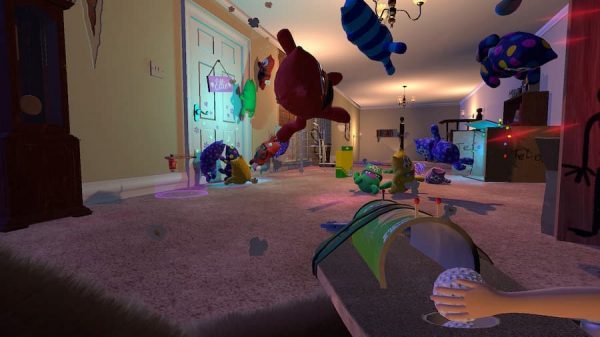 It’s set to sport fifteen weapons, made from various household items, but what really has us paying attention is that Stuffed will feature split-screen co-op, something that used to be standard but which typically gets dropped in favour of online play. Surprisingly, Stuffed was set to be a great deal gorier but developers Waving Bear Studio found a lot of younger were interested in it, so they resigned it to be more child-friendly.

Stuffed it set to enter Steam Early Access this summer; there’s no set release date for the final product but we wouldn’t be surprised if it eventually made its way onto consoles. If Stuffed sounds up your street, you can wishlist it on Steam right now. 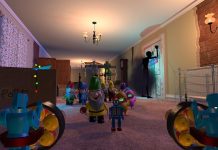 Stuffed Preview: A Shooter for All Ages