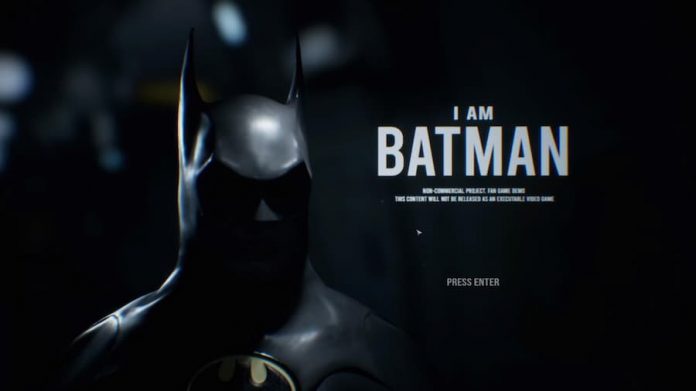 There’s a demo of a fan-game based on Tim Burton’s Batman and it looks amazing.

The bad news is, you can’t download it since the creator is worried about Warner Bros bringing the copyright hammer down. But you can watch video of it in action and it’s so convincing that at first glance, we thought it was a total conversion for Arkham Knight. However, the creator, technical and VFX artist Osmany Gomez, has previously produced a number of Unreal Engine visual demos so it looks as if this has been crafted from scratch.

It features Michael Keaton’s Batman roaming several locations from the 1989 Batman movie, including the art gallery where Jack Nicholson’s Joker gassed all but one patron. It also shows the Batmobile being driven around Gotham, all of which looks absolutely gorgeous; you’d be hard pressed to get Arkham Knight looking this good.

There’s no actual combat; the game, dubbed I am Batman, mostly resembles a visual tour but it’s a tantalising glimpse of what could be, if Warner Bros would just give Gomez a call and get him on-staff. With Michael Keaton reprising his role as Batman for The Flash movie, there’s never been a better time to revisit Tim Burton’s gloomy masterpiece.