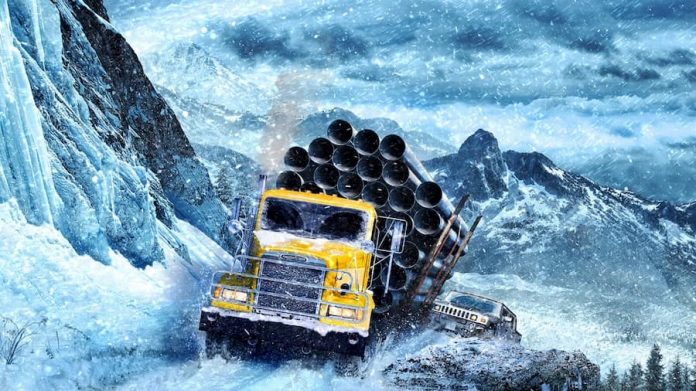 Fancy driving to hell and back? Xbox Game Pass has you covered with SnowRunner.

In a surprise move, Microsoft have announced that, as of today, you’ll be able to play truck simulator SnowRunner for free, as long as you’ve got an Xbox Game Pass subscription. The game wasn’t part of May’s Game Pass reveals but we’re not complaining at all.

You, however, may end up swearing left, right and centre if you dive into SnowRunner because your first trip will probably go horribly, horrible wrong. Despite the title, not all of the game takes place in the snow but you’ll have to think carefully about how you’re going to get your cargo from A to B without getting mired in whatever obstacles are in your way.

But SnowRunner is well worth the trials it puts you through; the more you play it, the more accustomed you become to the challenges it presents you with, and the more you familiarise yourself with the tricky territory. Reviewing the game, we said that “even when you’re struggling up an incline with a 20-tonne load, SnowRunner is a joy to play.” There is also additional downloadable content available to purchase but the base game offers plenty to keep you occupied.

Snowrunner will be available through Game Pass on Xbox and PC later today.