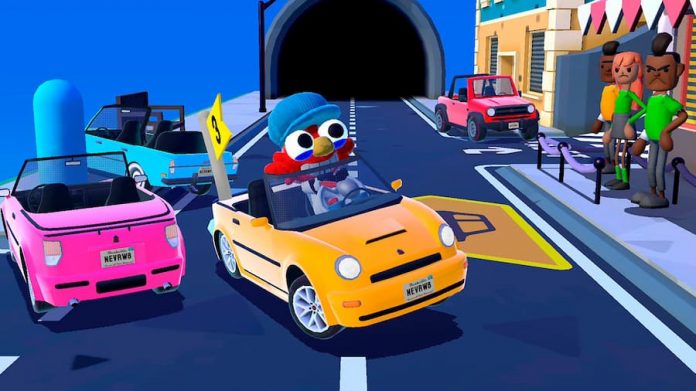 Being a valet always seemed like a very serious, sensible job, right? Not in Very Very Valet.

Exclusive to Nintendo Switch, Very Very Valet tasks you and up to three friends to be valets. That means taking customers’ cars, parking them, and returning them when they’re ready to leave. That’s a lot of responsibility, so it should be done with the utmost of care. Right?

Well, that’s where you’re wrong. At its best, Very Very Valet epitomises carnage; try as you might to nicely park cars in designated bays, you’ll soon end up dumping them in a pile on the side of the road, speeding into the ‘return zone’ with reckless abandon and simply hoping for the best. The crazier this game gets, the more fun it is.

When you take a customer’s car, it’ll be assigned a number. You’ll need to look out for that number popping up in the queue next to the ‘return zone’ and be ready to go retrieve it. Customers are also handily colour-coded; they’ll be wearing the same colour as their car, making it even easier to pair them up.

Customers don’t always come out in the order they went in, so you’ll need to make sure all cars are accessible at any one time – although that’s easier said than done. In the heat of a level, customers come and go so quickly that there’s no way to park every car neatly. With the best will in the world, you will end up dumping them all by the side of the road. 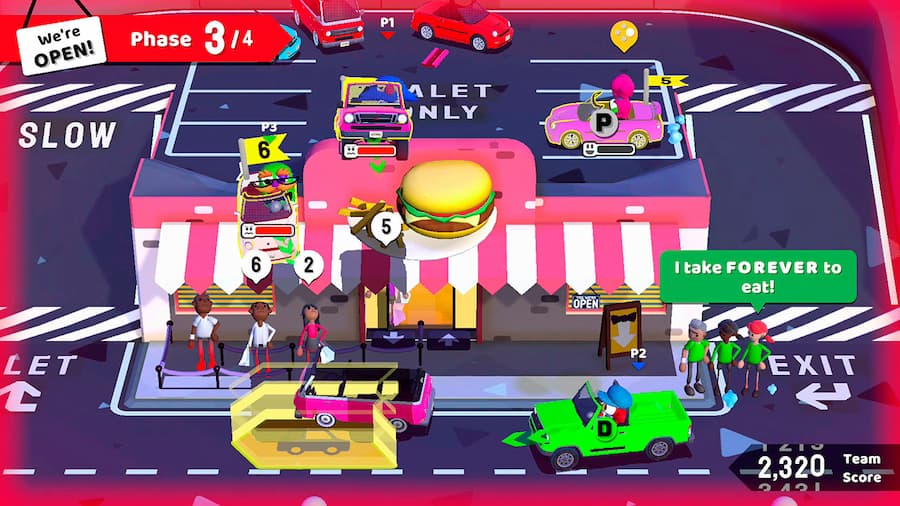 Whether you’re playing alone or in local co-op, Very Very Valet plays the same. You make your way through a series of levels, each with a new car park structure and an increasing challenge. The first few levels start out rather simple; the car park is easy to access, and there’s no restrictions about parking on the road. But the further you get, the more complicated things become. You’ll have no-parking zones, warps to rooftop car parks, flying ramps to drive over, and more.

Of course, you need to take a customer’s car and return it in a timely manner. Let the timer run into the red, and you’ll lose a star. With three stars to grab on each level, you’ll want to perform as well as you can. Speed really is key, even if that means damaging cars. Customers don’t seem to mind if their precious vehicle is missing a bonnet by the time you return it to them, as long as they don’t have to wait very long. 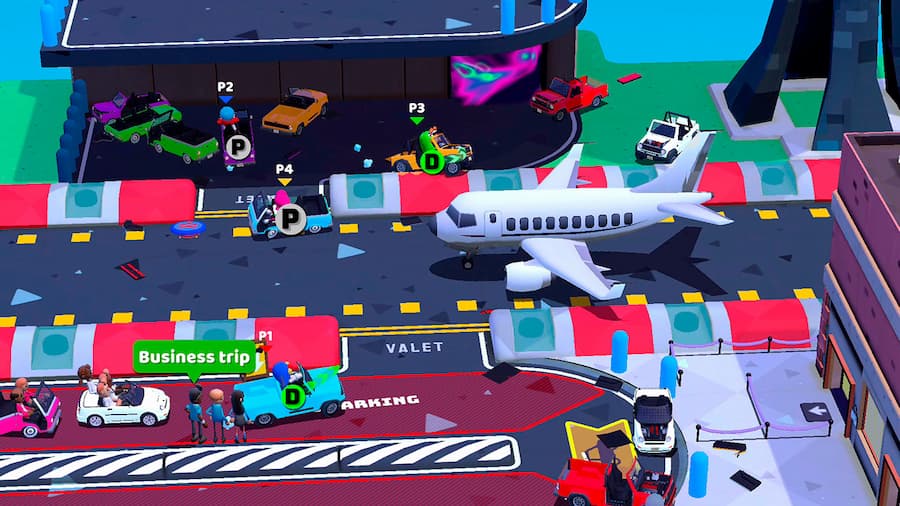 Perhaps the worst thing about Very Very Valet is its driving controls, though I suspect they’re purposefully awkward. The control scheme is supposedly designed to be simple – it’s a matter of pointing your thumb stick in the direction you want to go. But in practice, it’s not quite so easy, and trying to turn around a corner or reverse out of a tight spot often becomes a cause for chaos. But again, that’s all part of the fun.

While it’s perfectly serviceable as a single-player game, Very Very Valet has clearly been designed with local multiplayer in mind. And when you get a friend or three involved, things become even more hilarious. You’ll no doubt accidentally (or perhaps not-so) run over your friends, sending them careening across the screen. Or you’ll end up getting in the car that they were just about to move, or just otherwise get in each others’ way. The more players involved, the more hilarity is likely to ensue. But if you truly want to do well in a level, you’ll have to work together.

Very Very Valet is something a little bit different; it’s a hilarity-inducing party game that also has a bit of puzzle-logic and substance to it. You’ll have fun playing by yourself, but it’s when you get others involved that the game’s true chaotic nature shows itself. Not to be taken too seriously, Very Very Valet is well worth pulling out next time you have friends over.

This review of Very Very Valet was facilitated by a code provided by the publisher. It’s available on Nintendo Switch.