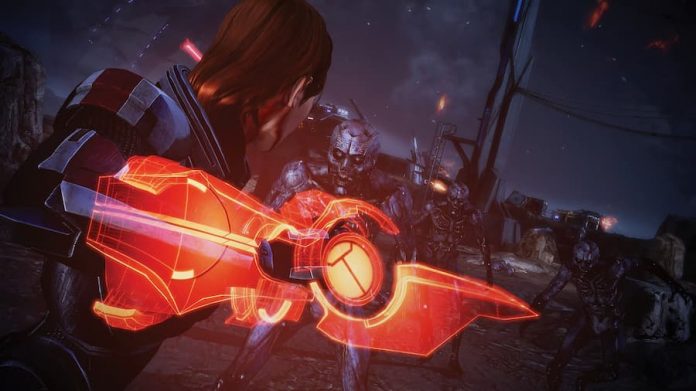 If you’re about to get stuck into Mass Effect Legendary Edition, you might be wondering what difficulty level you should play it on. It’s a question we all frequently have to ponder when starting a new game.

All three games included in Mass Effect Legendary Edition, that’s Mass Effect, Mass Effect 2, and Mass Effect 3, have five difficulty levels for you to choose from. And unless you’re hell-bent on getting all of the collection’s trophies or achievements, you’re good to play on any difficulty you like. In fact, you can even get the platinum trophy for each game on PlayStation regardless of the difficulty you chose. Some additional achievements and trophies that cover all three games, however, require you to play on Insanity difficulty level, which is fortunately unlocked from the outset in this collection.

The difficulty levels in Mass Effect and Mass Effect 2 are labelled Casual, Normal, Veteran, Hardcore and Insanity. Those just wanting to play Mass Effect Legendary Edition just for its story should probably go with the Casual option, which tones back the strength of the enemies you face. Normal is perhaps the best difficulty for most though, offering a nice balance between challenge and story. When it comes to Veteran and Hardcore, those experienced at third person shooters might want to select them if they want a challenging experience, but they might as well go up even further to Insanity if they care about achievements or trophies. Be warned though, as Insanity is very tough indeed.

When it comes to Mass Effect 3, the difficulties are a little bit different. Narrative difficulty level is even easier than Casual, truly making it for those who simply want to enjoy the game’s story. Playing on Narrative, your party will feel overpowered, making combat rather pointless. There’s then Casual, which offers a little more challenge, while Normal is still the recommended difficulty for first time players or those seeking a good balance between gameplay and story. Strangely, Veteran difficulty is missing from Mass Effect 3, which leaves just Hardcore and Insanity difficulty levels for those looking to test their skills. While Insanity is again truly not for the faint of heart, those into trophies or achievements should perhaps consider it over Hardcore.