1All of these games are on Xbox Game Pass, and they all have easy achievements

Whether you’re wanting to grow your Gamerscore or rack up some Microsoft Rewards points, there are plenty of easy achievements to plunder via Xbox Game Pass games.

We’ve assembled a list of Xbox Game Pass games with easy achievements so you can quickly get to work and reap the rewards. You might not be able to get all of the achievements in these games so easily, but they’ll at least give you a huge chunk with hardly any effort at all. Most of them are rather good, too. 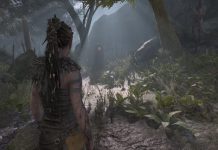