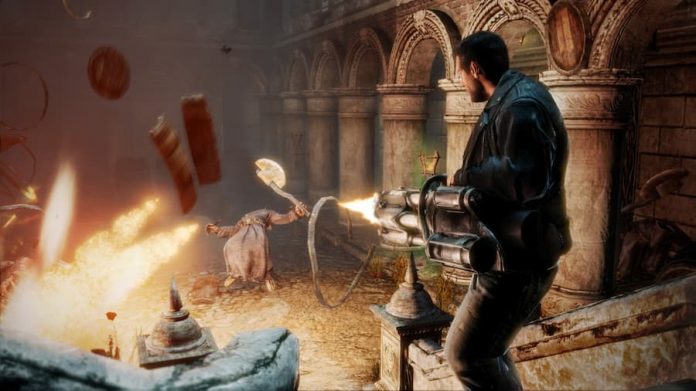 If you’re a fan of no-nonsense first-person shooters, chances are you you’ve played a Painkiller game at some point.

Released back in 2004, Painkiller is a simple but but highly entertaining first-person shooter that cast players as dead man in Purgatory. With a deal put on the table that will allow him to enter Heaven, he takes it. Though it means hunting down and defeating Lucifer’s invading forces.

It was praised at the time for its balls-to-the-wall gameplay, which has players combating hordes of horrifying monsters in intense combat. It’s also free of mundane tasks such as finding keys or hitting switches, just requiring players to skilfully outmanoeuvre and outwit their fiendish opponents and make effective use of their arsenal.

Numerous expansions and sequels have been released since, all of varying quality. The original game was also remade for PC, Xbox 360 and PS3 in 2012 by The Farm 51. It wasn’t quite so well received as the original, however. And now, a new entry in the series has been announced. Though we know little about it.

What we do know is that the new Painkiller game is being made for PC and consoles, and that it will feature co-op multiplayer gameplay. Also, it’s being developed by Saber. But that’s the extent of our knowledge, unfortunately. More information is set to be revealed soon though, so if you’re a Painkiller fan, keep your eyes peeled.