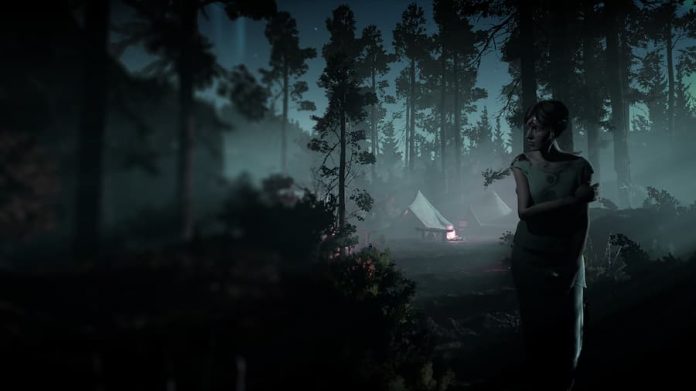 Scheduled to release on PC and consoles in 2022, The Chant promises to serve up plenty of supernatural horror.

The Chant –  a working title, so it could change – is in development by Brass Token, and is being published under Koch Media’s new label, Prime Matter. It’s a cosmic horror/thriller focusing around a cult, so expect plenty of real and supernatural terrors to come your way.

What starts out as an innocent exploration of a remote island soon goes wrong. You’ll uncover a twisted past, and stumble upon the grounds of a new-age cult. There, it seems some sort of ritual has gone wrong, and something very bad has been awoken.

As The Chant is a third-person action game, it seems like your protagonist will be well equipped to defend themselves against the horrors they come face to face with. When you’re not fighting freaky enemies, you’ll be exploring the eerie island, and otherwise trying to stay alive.

If that’s not enough to pique your interest, then we’re not sure what will. But as fans of horror, we’re very much looking forward to learning more about The Chant.

There’s no release date yet outside of a vague ‘2022’ window. But it’s slated to release on PS4, PS5, Xbox One, Xbox Series X/S and PC. We’ll have more information about The Chant as it becomes available.