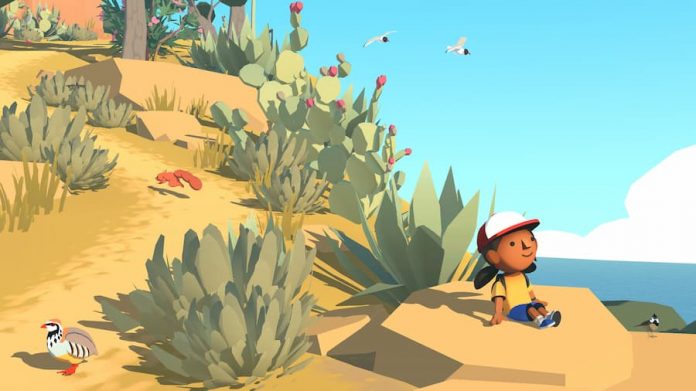 Released on PC and Apple Arcade last year, Alba: A Wildlife Adventure is now making its way to Xbox, PlayStation and Switch.

Alba: A Wildlife Adventure puts players in the shoes of the titular Alba, a young girl who is spending the summer with her grandparents on the isle of Pinar del Mar. Pinar del Mar is rather a special place – it’s a haven for more than 60 species of animals. And equipped with her camera, Alba wants to find them all.

This isn’t Pokémon Snap, though; there’s more to Alba: A Wildlife Adventure than taking pictures of animals. You’ll learn about the island and its nature reserve – and you’ll learn of the dreadful plans to build a hotel right where the nature reserve lays. When Alba finds out, she wants to do whatever she can to stop those plans.

During your time with the game, you’ll explore all corners of Pinar del Mar. You’ll wander along its sandy beaches, walk up its grassy bankings and even visit castle ruins. Along with photographing the animals she comes across, Alba will help locals find their missing pets, help townsfolk with various tasks, and more. It sounds like the perfect chilled-out summertime adventure.

If you feel like spending some time with Alba: A Wildlife Adventure and its relaxing vibe, it’s coming to PS4, PS5, Xbox One, Xbox Series X/S and Nintendo Switch next Wednesday, 9th June. It’s already available on PC via Steam and Apple Arcade.