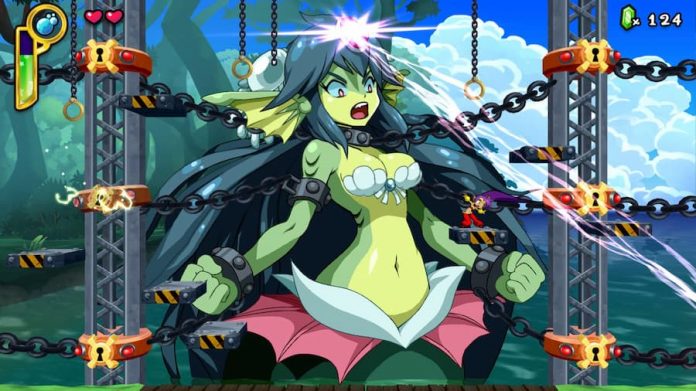 All five Shantae games are arriving on the PlayStation 5, both as physical and digital versions.

Shantae, half-genie hero, is the star of a series of five platform games, the first of which hit the Game Boy Colour back in 2002. She may not have Sonic’s speed or Mario’s penchant for murdering turtles but she’s more than capable of booting evil into the sea and now all five of her adventures are hitting the PlayStation 5.

We reviewed Half-Genie Hero and awarded it an excellent 8 out of 10, calling it “one of the best platformers out on a modern-day console”, so hopefully the rest of her adventures are worth diving into. The five games are Shantae, Shantae: Risky’s Revenge, Shantae and the Pirate’s Curse, Shantae: Half-Genie Hero Ultimate Edition and Shantae and the Seven Sirens. Thanks to Limited Run, who announced the PlayStation 5 versions last, these titles will also be available as physical editions.

So how do you get your hands on these? The physical editions will eventually be available through Limited Run’s website, though they’re not up for pre-order right now. The digital versions will, as you’d expect, be on the PlayStation Store though if you already own the PS4 versions of any of these titles you’ll get the PS5 version for free. There’s no release date as yet, other than “Coming Soon”, but you can follow developer WayForward’s Twitter account for updates.