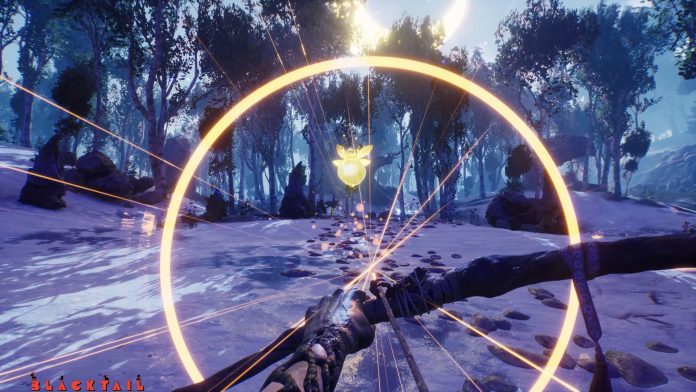 Ever wonder how Baba Yaga became Baba Yaga? Upcoming first-person adventure Blacktail could have the answer.

No, we’re not talking about John Wick. The latter trilogy takes “Baba Yaga” to mean bogeyman; we suspect someone on the writing team just threw open a book of Slavic folklore at a random page and scribbled down the first name they saw.

But Baba Yaga is a very specific legendary character (or set of characters), best known for living in a strange, chicken-legged hut. Some have painted her as a benevolent, if grumpy, guardian of the forest, others have cast her as a cannibalistic, child eating witch. Revealed at IGN’s Summer of Gaming, Blacktail leans towards the latter take, putting you in the shoes of a young Baba Yaga.

Cast out by her village, your bow-wielding protagonist will live the legend, traversing the forest in search of missing children. A morality system will come into play which, according to ex-Bloober Team developers The Parasight, will determine what kind of Baba Yaga you become. Will you be a benevolent guardian or the kind of monster that will find the children then shove them into a big pot?

We’re actually kind of hoping there’s some wiggle room there – that perforating the people who exiled you won’t necessarily make you breathlessly evil, but we’ll have to wait a little while to find out. Blacktail is set for a Winter release on Playstation, Xbox and PC; you can also wishlist it on Steam right now.