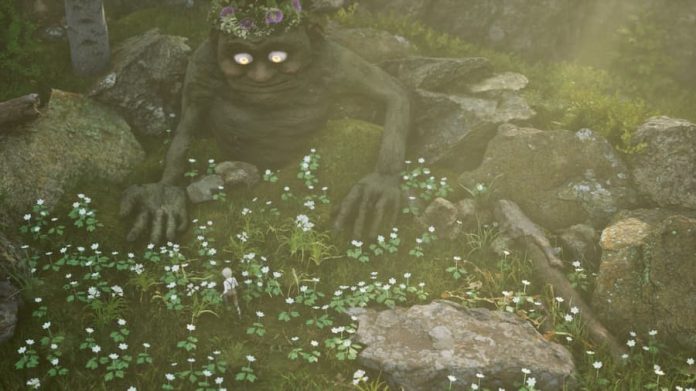 Bramble: The Mountain King will draw upon the darker parts of Nordic folklore to deliver what looks to be an unsettling horror adventure.

True, you’ll have to wait until next year to get your hands on it, but the prospect of exploring a distinctly unDisneyfied fairytale realm is very appealing to us. Developed by Dimfrost Studio and unveiled as part of IGN’s 2021 Expo, third-person adventure Bramble casts you as a young boy whose sister has been abducted by a troll. Your job is to rescue her from the troll’s clutches, evading all manner of beasts and beings as you go.

Bramble, as it turns out, isn’t the name of the boy in question, but the realm the pair have stumbled into, so your protagonist truly is a stranger in a strange land; raising a mob of pitchfork and torch wielding villages is right out. The trailer shows a glimpse of the game in action, including a memorable scene where, hopping across a pond, you’re greeted by an algae-covered woman emerging from the water.

Bramble: The Mountain King doesn’t have a set release date, though it will be arriving on PC and consoles some time next year. You can check out the trailer below and wishlist the game on Steam now.