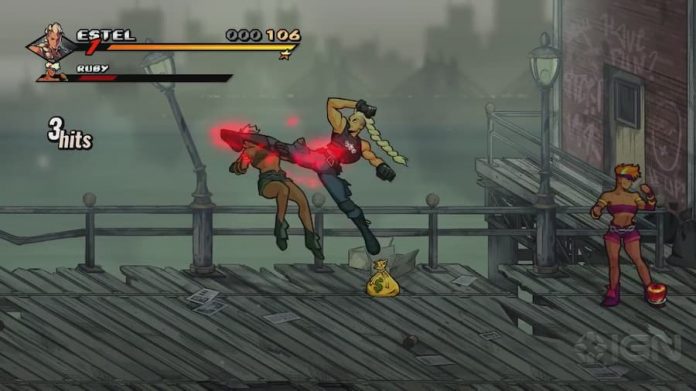 Eager to get your hands on Streets of Rage 4’s upcoming DLC? It’s not out just yet but here’s eight minutes of gameplay footage to keep you going.

Streets of Rage 4’s upcoming paid DLC, Mr X Nightmare is set to bring new characters, new trials and more to the brawler. That’s not that the game needed it, Streets of Rage 4 is a superb game in its own right; we called it “a tour de force of sumptuous art, mesmerising music, and trance-inducing action”.

But we’re not going to say no to some more baddy-punching action and Mr X Nightmare looks set to deliver. Released as part of IGN’s Summer of Gaming, we now have an eight minute trailer showing the DLC in action. Mr X Nightmare adds three playable characters to the main game; Shiva, Max and Estel. We were looking forward to Shiva the most but having seen Estelle in action, jump-punching and ground-smashing her way through baddies, she’s fast become our favourite.

Unfortunately, there’s still no release date for Mr X Nightmare, though we’re counting on it turning up this year. However, from what we’ve seen it’ll be worth waiting for. You can check out the extended eight minute trailer below or wishlist it on Steam. The final DLC should be available across all platforms, PC, Xbox, PlayStation and Switch and, as you’d expect, will require the original Streets of Rage 4.