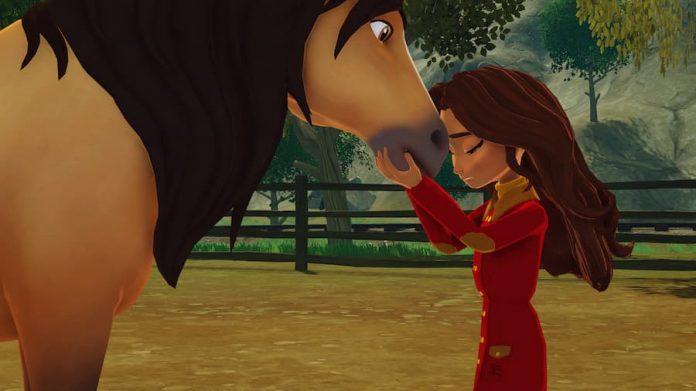 On paper, a kid-friendly adventure game about riding a horse around rural wildlands, all the while hunting for hidden treasure, sounds great.

It should be, especially when you throw into the mix that said game is based on a long-running Dreamworks franchise. But Dreamworks Spirit: Lucky’s Big Adventure is not great. Not even close. It fails to capture the spirit of adventure that the Spirit animated films are known for, and it also fails to be a competent video game.

Made as a companion game to the recently-released Spirit Untamed, Lucky’s Big Adventure features the same characters and same locations, though tells an adjacent story rather than re-treading the same narrative beats. It doesn’t matter if you’ve seen the film or not, since this is a standalone story that doesn’t require any prior knowledge of the series.

You play as Lucky who, after discovering a treasure map in her mom’s old chest, decides to set out to follow the map. She brings her two friends, Abigail and Pru, along for the ride, and of course Spirit, her beloved steed. Along the way, the group of friends come up against obstacles, most often brought about by Hendricks, an evil horse wrangler who’s also the main antagonist of the movie. He’s easily thwarted, though, and nothing stays a problem for long in Dreamworks Spirit: Lucky’s Big Adventure.

In fact, no part of the game stays around for long; you’ll be done and dusted with it in around three hours. A bit longer if you want to stick around to complete some side quests, but it’s very unlikely you’ll be motivated to do so. With no form of upgrades, no score and not even a checklist of activities to complete, there’s absolutely no reason to step foot outside of Lucky’s Big Adventure‘s main story. 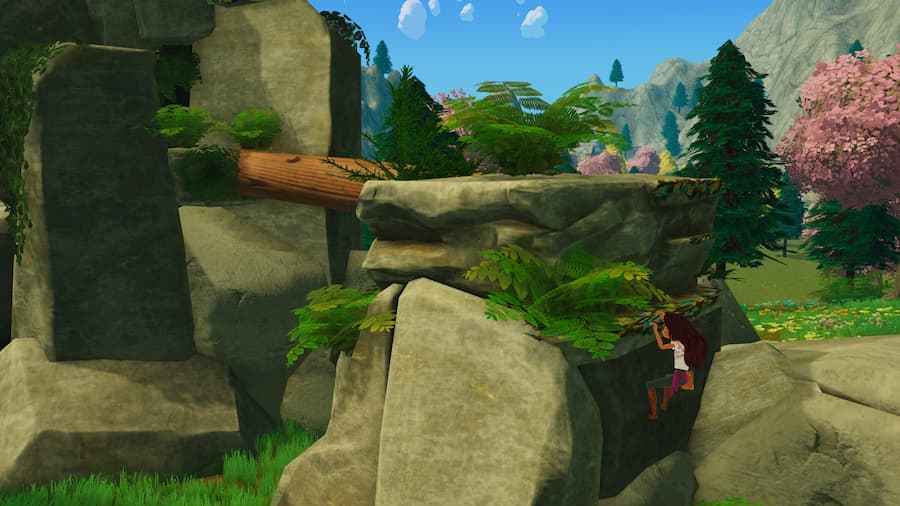 That’s even more true once you realise that practically every quest you’ll complete in the game is identical: you’ll simply be told to travel from point A to point B, where you’ll see a bit of story unfold, before being told to travel somewhere else. There are a few very basic platforming sections where Lucky needs to traverse rocks on foot instead of on horseback, and two sections where you need to follow Hendricks, once while keeping a safe distance from him. It’s hardly stealth mastery 101 and simply requires you to move at a steady pace.

Oh, and you’ll also be given a camera, which enables you to take photos of Spirit and the world around you. But rather than this being made an integral part of the experience, you’ll use it for the whole of around five minutes in two very scant quests. There’s no reason whatsoever to pull it out otherwise.

And that’s it – the rest of your time with the game will be spent travelling back and forth, again and again. One mission will require you to go to the other side of the map to find, say, some berries. On returning to the person who set you the mission, you’ll be told they’re the wrong berries. Off you go to another far-away location, and repeat. Three times. It’s the laziest type of fetch quest design in video games, and Dreamworks Spirit: Lucky’s Big Adventure uses it again and again. 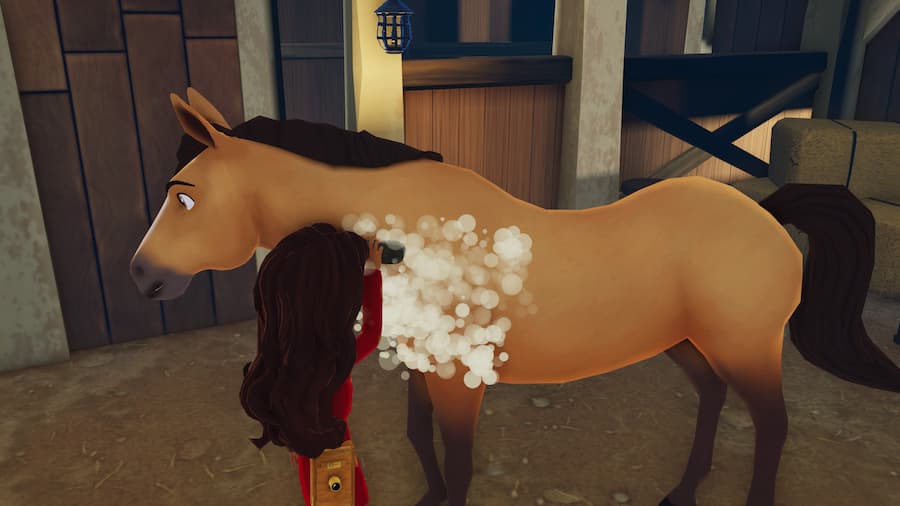 It’s also not a looker. While the environments – rocky canyons, gushing rivers, wide open green spaces – should be beautiful to look at in theory, you’ll never be wowed or even remotely impressed by the scenery, partially because this game looks like something that was made 15 years ago. There’s more than a handful of glitches too; Spirit has got stuck on the environment several times, and once Lucky fell through the environment. Less than ideal.

You can’t help but think that since this is a “kids game”, corners have been cut. Because kids will play any old thing, right? They won’t realise it’s such a low quality effort, surely? But bugs and lacking visuals aside, the game design itself is the biggest problem. Younger players should be given more credit than simply being capable of following map marker after map marker. Put some true adventure in there, some puzzles, some varied gameplay – anything except endless fetch quests and trekking from A to B. Kids’ videogames should be more stimulating than that.

Does Dreamworks Spirit: Lucky’s Big Adventure have any redeeming features? Sadly, I can’t think of one nice thing to say about the game. It has an easy platinum trophy that’ll unlock simply by finishing the story? It felt more like a commiseration prize for the three hours of my life I wasn’t getting back. Even if you’re a fan of the Spirit franchise, don’t waste your time on this. Kids deserve better.

This review of Dreamworks Spirit: Lucky’s Big Adventure is based on the PS4 version of the game, via a code provided by the publisher. It’s available on PS4, Xbox One, Switch and PC.

My Friend Peppa Pig is Coming to Consoles this Autumn