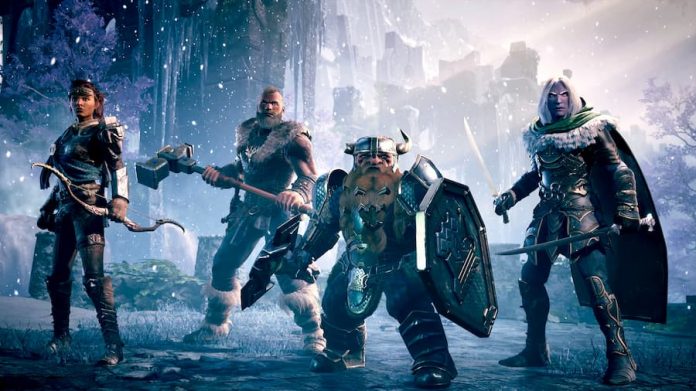 A flag awkwardly flapping in the wind due to having about three frames of animation is the first thing to welcome you to Dungeons & Dragons: Dark Alliance. Needless to say, it doesn’t make a good first impression.

My first foray into a dungeon with Wulfgar, a barbarian wielding a hammer, didn’t do much to warm me to Dungeons & Dragons: Dark Alliance, either. I died unexpectedly after walking into an area that was cold, without any prior warning that it would quickly drain my health, and I moved from one combat encounter to another, the camera proving to be my biggest foe in each and every one of them.

You see, instead of the top-down isometric view used in previous Dark Alliance games, this reboot of the action RPG series instead opts for a over-the-shoulder view. It’s not too bad as you wander about and explore, but in combat it leaves characters with a major blind spot. It gets even worse when you lock-on to an enemy, too, moving closer in to further limit your view, while also making it harder to react when enemies do indeed attack from the side or rear. It’s particularly frustrating if you’re playing as a melee-based character.

I could see some positive aspects of Dungeons & Dragons: Dark Alliance lurking behind its rough exterior, however, and so I powered on to try and expose them. For a start, there’s loot. I’m a sucker for loot, and there’s plenty of it to be found as you make your way through the game’s dark dungeons. Sometimes weapons or other pieces of equipment will be dropped when you defeat a powerful enemy, while chests can also contain valuable items too, as well as consumables and gold. Loot is also rewarded for simply finishing a dungeon, and there’s a nifty risk versus reward system in place; upon clearing certain areas of enemies, you’ll be given the option of taking a rest, creating a checkpoint as well as restoring your health, or increasing your loot rarity.

Being a game based around co-op play, however, Dungeons & Dragons: Dark Alliance doesn’t let you fiddle with the loot you’ve found until you’ve completed your current dungeon and returned back to a hub, where you can then collect your spoils before preparing your character for the next excursion. It’s not too bad a system, until you realise that it means that if you don’t finish a dungeon for any reason, you don’t get any of the loot you’ve found. The dungeons aren’t particularly short, either. 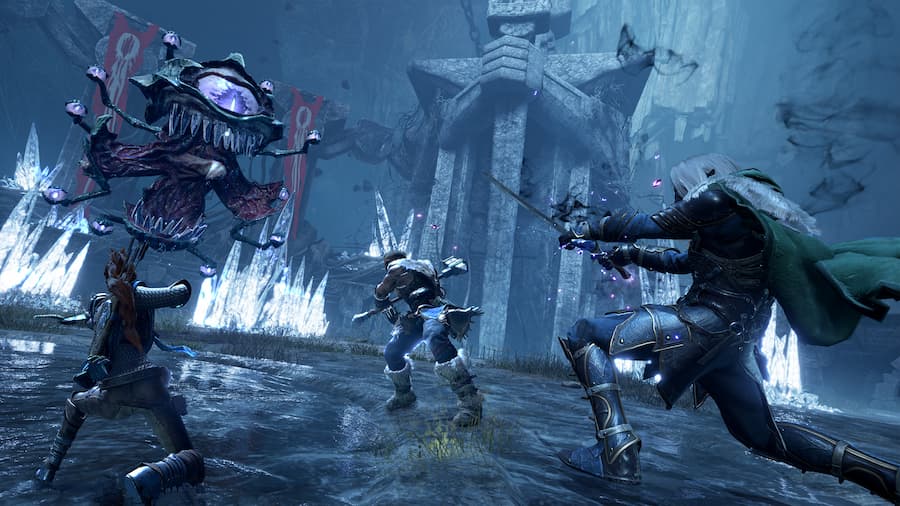 Of course, being a game based on Dungeons & Dragons, equipment isn’t the only way to make your character more formidable. Each of Dark Alliance‘s four heroes can be levelled up, providing attribute and talent points that can be spent in order to make them more powerful. Gold can be used to buy new moves, too, greatly increasing their options during combat. Needless to say, if you stick with it, Dungeons & Dragons: Dark Alliance becomes much more enjoyable after you’ve completed just a few dungeons.

More enjoyable doesn’t equate to what you’d call a ‘good’ game, however. Dungeons & Dragon: Dark Alliance just has too many issues right now for that. There’s the aforementioned camera for one, and sub-par enemy AI. Enemies just stand about until you engage them at close range – in bigger areas you can back off and they’ll quickly disengage. It also means that ranged characters can sometimes easily pick them from afar, totally breaking the game’s character balancing. And then there are the bugs, such as enemies glitching about in the midst of combat, and characters getting stuck locked onto invisible objects. 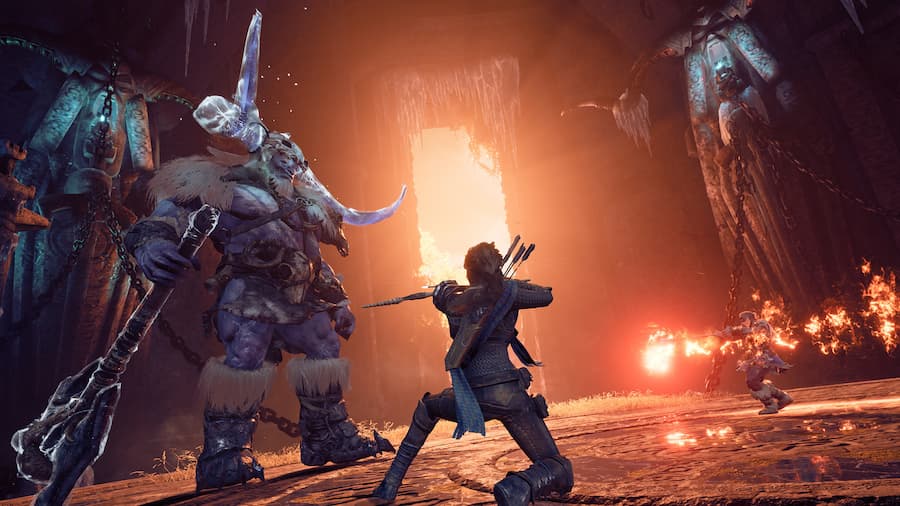 Those that stick with Dungeons & Dragons: Dark Alliance will find that is has a decent sized campaign, and there are many difficulty levels available to make replaying its dungeons worthwhile as you power your characters up. With each character bringing something unique to the table, it’s worth going hands-on with more than one of them, too, if only to make teaming up with others online easier. Playing in co-op is truly the way forward here as well – it simply isn’t as much fun going it alone, and companions make overcoming bosses much more manageable.

At the moment, Dungeon & Dragons: Dark Alliance is just too rough around the edges to recommend, but some will be able get enjoyment out of it if they can work past its issues. As ever, it’s fun battling your way through dungeons with friends, collecting loot as you go – especially once you’ve powered up your characters and learned some new moves. But until the camera has been tweaked to give you a better view, enemy AI has been improved and bugs have been quashed, the action will always be accompanied by an element of frustration and disappointment. It might be a good idea to wait for a patch or two before jumping in, basically.

This review of Dungeons & Dragons: Dark Alliance is based on the PS5 version of the game, with a code provided by the publisher. It’s available on PS4, PS5, Xbox One, Xbox Series X/S and PC.