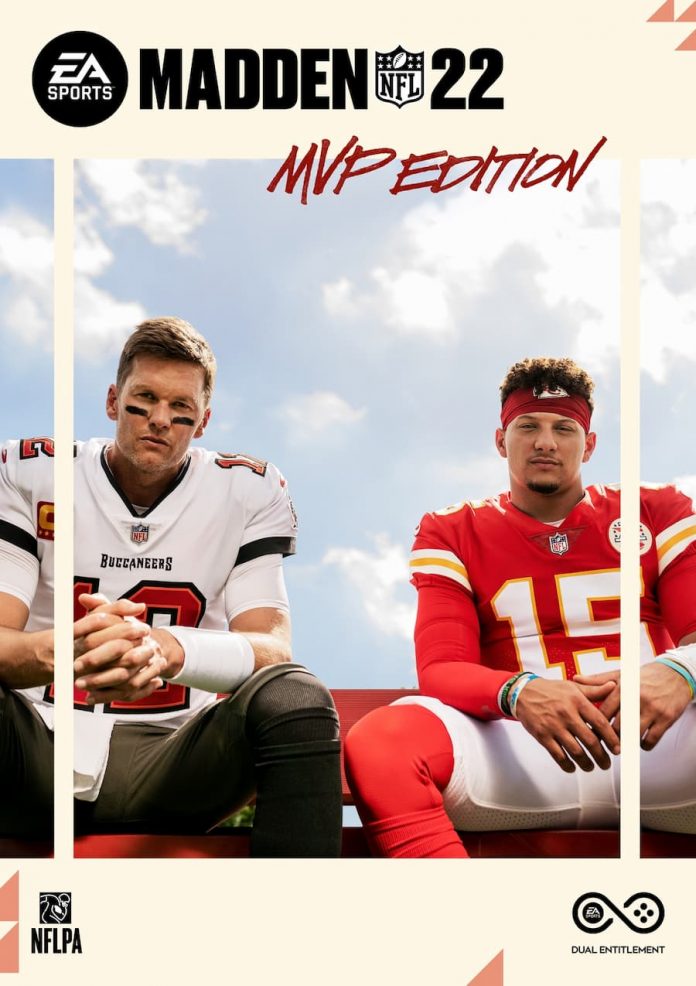 The biggest news, though not entirely unexpected, is that the cover to Madden NFL 22 will feature Tom Brady and Patrick Mahomes. We wouldn’t agree that it’s an “iconic cover”, as EA assert, though it’s cool to look at and still better than Aiden Pearce’s hat.

Cover aside, EA have revealed the gameday atmosphere feature which should bring the in-game crowds to life, particularly when a team has the home-field advantage. NFL 22 will also sport “Star-Driven AI”, powered by real-world player data, which will change team and player AI to echo that of the actual teams. Franchise Mode and The Yard also return, both last seen in NFL 21.

So will it be worth having? Maybe. We got our hands on Madden NFL 21 last year and concluded that, while it was “perhaps the best it’s ever been”, it wasn’t different enough from NFL 20 to be an essential purchase. So, for now, we’re firmly on the fence.

Get Madden NFL 22 at Amazon