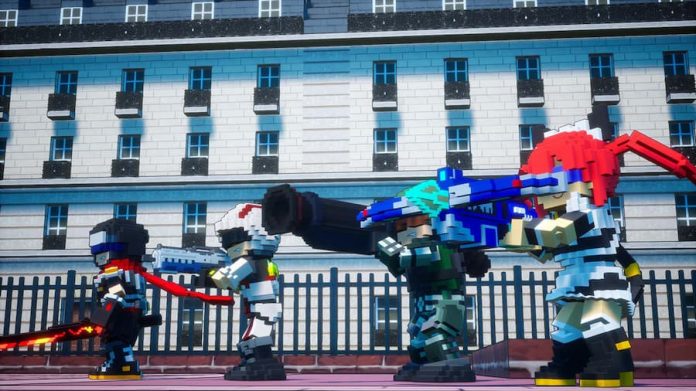 In Earth Defense Force: World Brothers there’s a new threat to Earth. A mysterious entity called the Dark Tyrant has attacked, breaking our humble planet into pieces. But there’s still hope. It’s time for the brave brothers and sisters of planet Earth to come together and bolster the EDF forces. Then maybe, just maybe, Earth can be saved.

It probably won’t come as much of a surprise to hear that Earth Defense Force: World Brothers largely continues the series’ tried-and-tested formula but with a fresh new look. Everything from its environments to oversized enemies are made up of voxels, giving the game a charming and playful feel. Needless to say, hostile forces such as spiders, robots and even the Godzilla rip-offs you face off against aren’t quite so fearsome when they look like they’re made out of blocks. Though they do put up just as much of a fight as ever.

There are some changes to the gameplay, however, that make Earth Defense Force: World Brothers one of the most fun entries in the series yet. The biggest is that you head into each mission with a team of four soldiers that you’ve assembled. And then, with use of the d-pad, you can instantly switch between control of them. One minute you could be in control of a typical Earth Defense Force solider equipped with a jet pack, for example, speeding around the environment. The next you could be in control of a Spartan warrior, slicing and dicing enemies up close with their powerful melee attacks.

While you start out with a small selection of characters available, more can be recruited by rescuing them within missions. There are maids, ninjas, cowboys and a whole lot more, each with their own combination of unique actions and weapon proficiencies. And if you’re lucky enough to rescue multiples of exactly the same character, they’ll level up, granting them access to even more weapons. Further customisation is allowed via equippable items, and they’ll also gain additional armour as you play with them. 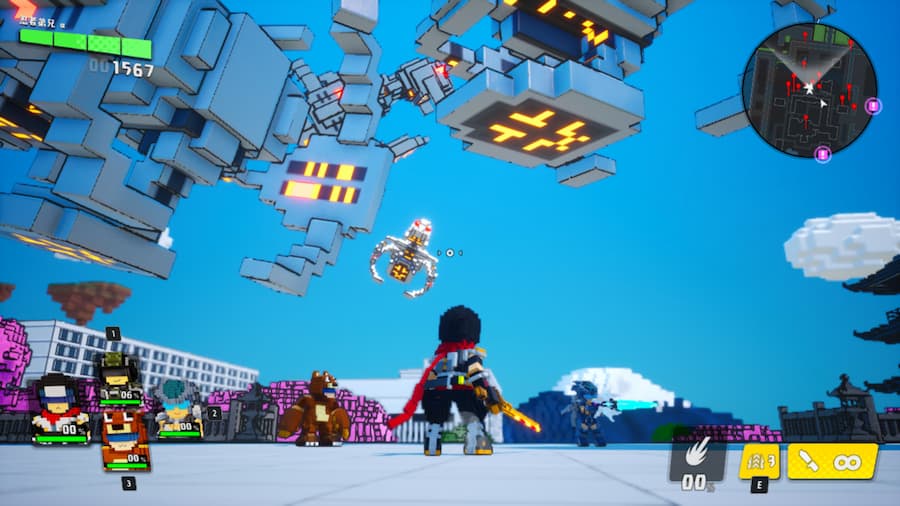 The final thing that differentiates the gameplay of Earth Defense Force: World Brothers from that of its predecessors are special ultimate attacks available to each character. By killing enemies and collecting pickups a gauge is charged, and once it’s full an ultimate attack can be released. For a melee character it might result in them spinning on the spot with their weapons outreached for a short period, doing damage to enemies in an area while you take control of another character. A ranged character, on the other hand, might fire a powerful explosive blast.

Just like all Earth Defense Force games, however, the action is forever running the risk of becoming overly repetitive. Sixty missions are available, and while each one throws a different assortment of enemies at you, you’re still just endlessly shooting. Granted there are melee-based characters available, but mechanically they don’t fully gel with the chaotic nature of the game, so you probably won’t be using them very often, if at all. 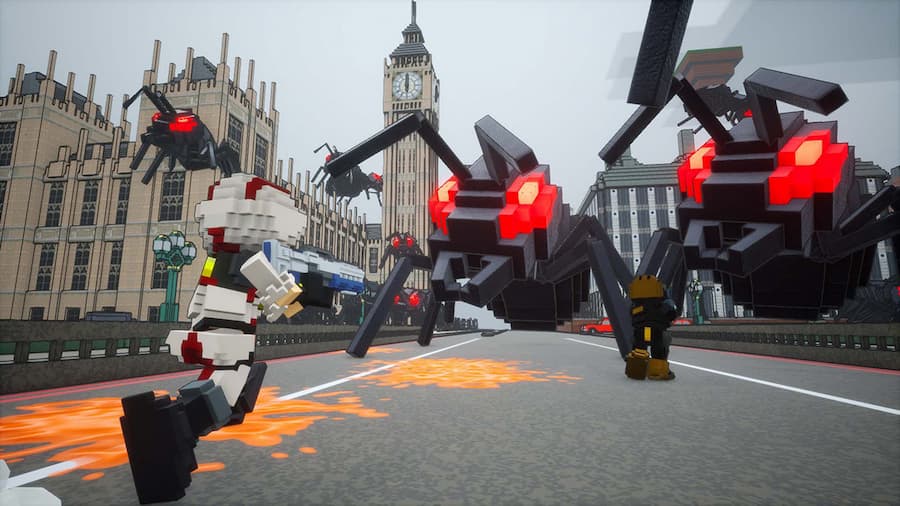 As ever, Earth Defense Force: World Brothers is best enjoyed with others. Both online and local co-op play is available, and blasting away at foes with a friend (or three when playing online) makes the action considerably more fun. With multiple difficulties on offer, it might be a game you return to once all missions have been completed, too.

Earth Defense Force: World Brothers is a great entry point for those looking to get into the long-running series, and one that’s more accessible than ever thanks to an aesthetic that makes it more suitable for younger players. Throw in new features like the character switching mechanic and you have a game that’s a blast to play in small doses when alone, but really shines when played with others. Ultimately though, repetition is still an issue, as the gameplay never really evolves as you move through the lengthy campaign.

This review of Earth Defense Force: World Brothers is based on the PS4 version of the game (played on PS5), with a code provided by the publisher. It’s available on PS4, Switch and PC.