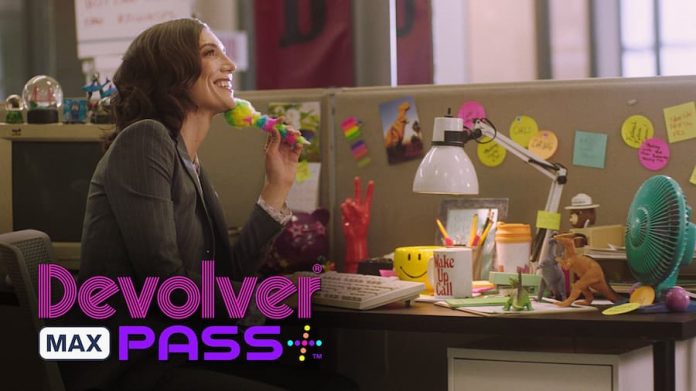 As usual, Devolver Digital’s E3 presentation was as crazy as ever.

It’s worth watching the half-hour long stream yourself, just to see the bizarre story about Devolver Max Pass Plus unfold. And, of course, Nina Struthers makes an appearance. Because it wouldn’t be a Devolver Digital presentation without her.

But alongside the madness, we got a glimpse at a large handful of excellent looking games coming from Devolver in the next year and beyond. Here’s a round-up of everything we got a look at.

Watch the full Devolver stream in the video below. You can see more information by visiting devolvermaxpassplus.com.