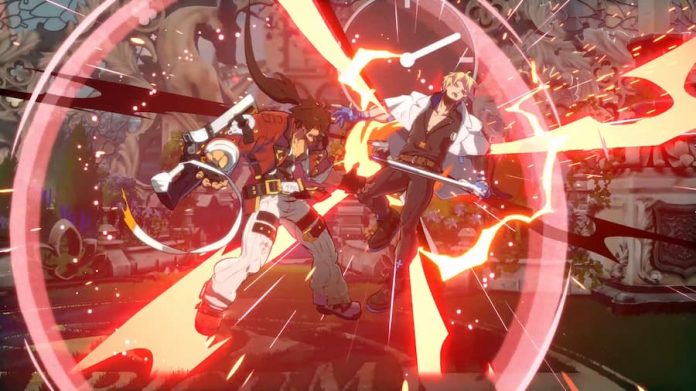 To be fair, it’s a good move. Fighting games are all about community, and as we all know, having lower barriers to entry allows communities to thrive. And while Guilty Gear -Strive- may be the easiest Guilty Gear game to get to grips with, it doesn’t feel any shallower once you’ve started to scratch at what’s under the surface. This is still a serious fighting game where skilled players will find considerable depth.

With meaningful steps being taken to make Guilty Gear -Strive- more accessible, though, it seems rather counter-productive that its story mode is still bereft of any gameplay. It’s essentially a movie using the game’s engine to provide the visuals, so unless you’ve been following the story through previous entries in the series you’ll find its plot convoluted and utterly impenetrable. Even worse, it introduces you to various intriguing characters that you can’t yet play as in the game, such as the outrageous Goldlewis Dickinson who wields a coffin on a chain. No doubt they’ll be served up as paid DLC at a later date.

Once you’ve got over the disappointment of its story mode, however, you find that there’s a hell of a lot to like about Guilty Gear -Strive-. With 15 playable fighters, it doesn’t have the biggest roster in the world, but each and every one of them is drastically different from another. While the majority of pugilists return from previous entries in the series, two of them are entirely new. Nagobiyuki is a vampiric samurai with an imposing presence, while Giovanna is a special agent who works alongside her wolf spirit called Rei.

The combat system will be instantly familiar to anyone who has played a Guilty Gear game before. Each character has access to punch and kick attacks, as well as standard and strong slash attacks. Special moves are performed via elaborate motions of the left analogue stick along with the face buttons, and powerful Overdrive attacks can be performed with even more elaborate motions when the Tension gauge is full. For those who progress past the simple mechanics, there are also advanced techniques to master such as Roman Cancels. And each and every character also has some quirks up their sleeves that high level players will really want to learn and exploit. 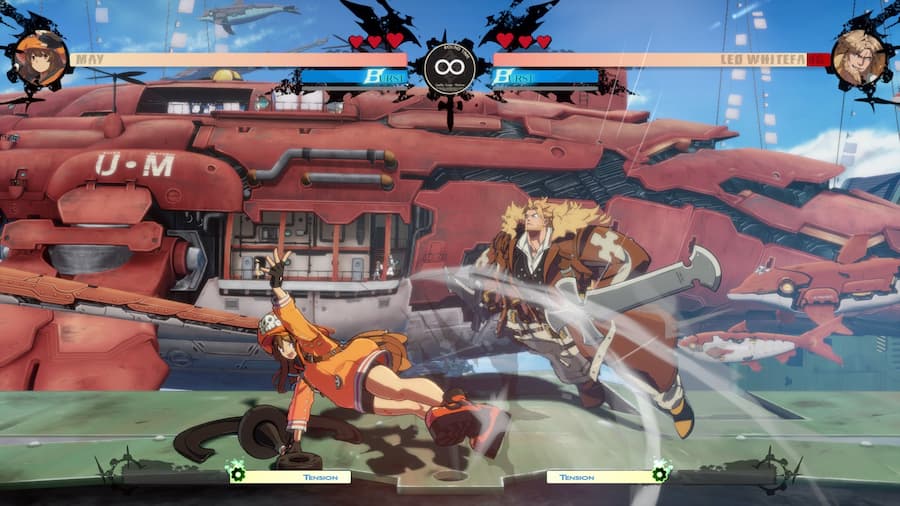 The action itself is fast-paced and very flashy. We played Guilty Gear -Strive- on PS5 for review, and it’s quite possibly the best-looking fighting game ever made. Character models are large, colourful and exquisitely detailed, with special attacks that are truly eye-popping. The stages on which they do battle are impressively composed, too. And new to Guilty Gear -Strive- is the ability to batter your opponents from one stage to another with a powerful attack when they’re up against a boundary. Not only is it rewarding, but it also gives you a positive bonus that makes your Tension gauge fill at a decent rate.

In terms of modes, Guilty Gear -Strive- has the basics but little else. Offline, you can head to the Dojo where you can play a short tutorial, engage in free practice, or enter mission mode. Here, you’re challenged to complete specific moves, combos or scenarios. It’s essentially an extended tutorial, but it’s a fun way to learn more about the game while improving your skills. Once you’re done in the Dojo, you can head into Arcade mode to fight a sequence of opponents and learn more about your selected character, engage in versus battles against the computer or another local player, and see how long you can last against a never-ending sequence of opponents in Survival mode. 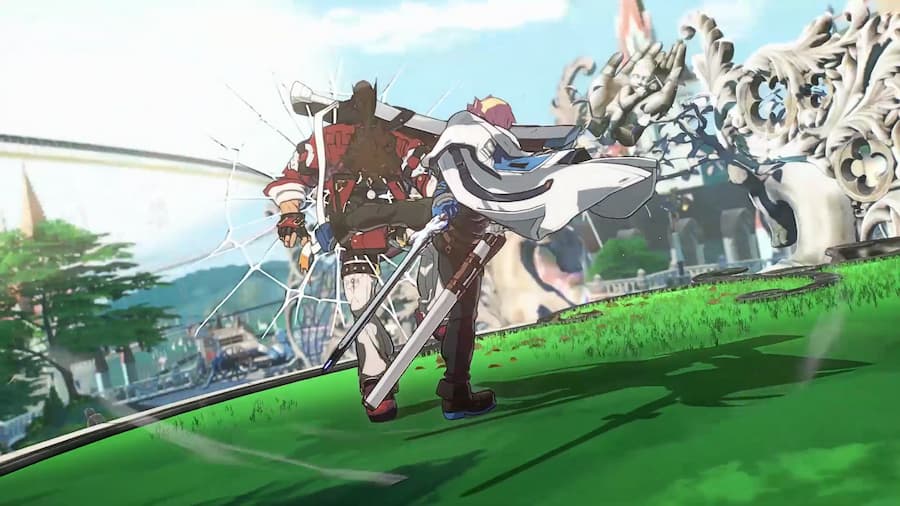 As with most fighting games, it’s those who like to take the action online that will really get the most out of Guilty Gear -Strive-. Ranked and player matches are available, and thanks to the game’s Rollback netcode, they play out wonderfully. Being able to save your replays is a nice touch, allowing you to watch your battles just for the merriment, or to study them and try to spot where you can improve. The worst thing about Guilty Gear -Strive-‘s online offerings is its lobby system, in which you walk around as a customisable avatar. It just seems like additional faff compared to a standard menu. At least you can opt for a bit of free training while waiting for a fight instead if you wish.

Guilty Gear -Strive- isn’t the most generous fighting game available when it comes to content, but its wonderfully energetic combat makes up for it. Its characters are larger than life, each bringing something new to the table that’s worth exploring before settling on perhaps one or two to truly master. And while it’s the easiest Guilty Gear game to simply pick up and play, there’s a hell of a lot of depth to be discovered by those who wish to compete at a high level. Thanks to brilliant netcode, it’s likely that a lot of fighting game fans will, too. The flashy visuals and rocking soundtrack are a couple of cherries on top.

This review of Guilty Gear -Strive- is based on the PS5 version of the game, with a code provided by the publisher. It’s available on PS4, PS5 and PC.