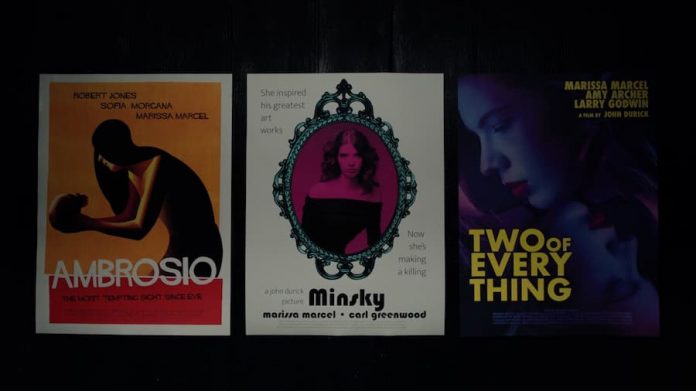 Immortality is an upcoming game from Sam Barlow, creator of Her Story.

And, so far, that’s nearly all we know about it. The game was revealed at the conclusion of last night’s Future Games Show, along with a brief teaser trailer. Going by the trailer, the game will focus on Marissa Marcel, a fictional Hollywood starlet who appeared in three movies then was never seen again.

Given the title we’re tempted to think this is going to be a vampire story but if there’s anything we’ve learnt from Barlow’s previous work, it’s to expect the unexpected. Aside from the award-winning Her Story, which saw you picking through police interviews to uncover the “truth”, he’s also been responsible for Silent Hill: Shattered Memories and, most recently, Telling Lies.

We loved Her Story and Telling Lies; we gave the latter 8 out 10, calling it “something that exceeds labels and boundaries”, so we’re excited to see what this new title will offer. Given that both of those games made heavy, heavy use of FMV, it seems reasonable to assume Immortality will follow suit, particularly since it deals with the movie industry. The game also sports writers who’ve worked on The Queens Gambit and Mr Robot, so there’s no shortage of talent there.

However, we’ll have to wait a little longer to find out more – while you can wishlist it on Steam now, Immortality won’t be arriving till 2022. Let’s hope it’s worth waiting for.