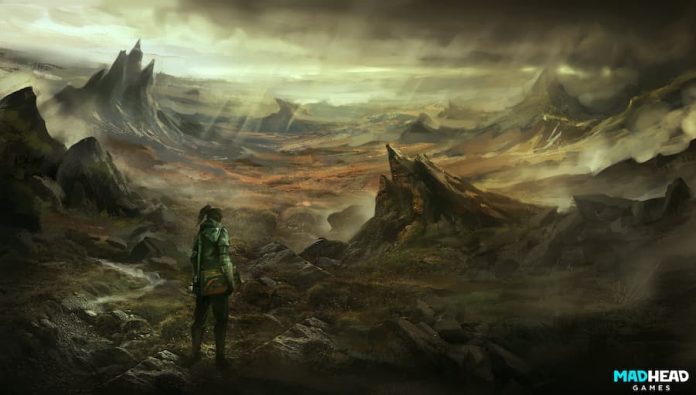 Developer Mad Head Games and publisher Prime Matter – a new arm of Koch Media – team up to bring new IP Scars Above to gamers in 2022.

First shown off tonight during Geoff Keighley’s Summer Game Fest, it’s hard not to draw comparisons between Scars Above and Tomb Raider. The new IP’s female protagonist, Kate, is very reminiscent of Lara Croft. And the way she traverses environments is much like Tomb Raider’s long-running protagonist, too.

Unlike Tomb Raider, though, Scars Above very much leans into sci-fi elements. Earth is left far behind in this game’s rich narrative; instead, Kate’s an astronaut stranded on an unknown hostile planet.

As players make their way around the planet in control of Kate, they’ll have to engage in combat, solve puzzles and investigate the world around them. Combat takes the form of a third person shooter, and you’ll be able to issue elemental damage to your foes, like burn and freeze.

It’s designed to be challenging, so don’t expect Scars Above to be a casual walk in the park. But if you’re up for the task, it looks to be a rather promising new title, and one we’re looking forward to seeing more of.

Scars Above is scheduled for a 2022 release. It’s coming to PC and consoles both digitally and physically. We’ll have more information on the game as it’s available.