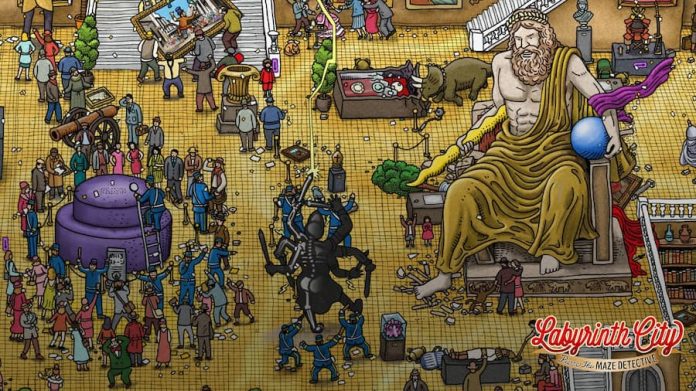 Labyrinth City: Pierre the Maze Detective is apparently adapted from a bestselling children’s book series. Don’t let that put you off though – this is a game suitable for all ages.

Playing as the titular Pierre, your job in Labyrinth City: Pierre the Maze Detective is to track down the dastardly Mr. X. He’s stolen a magical artefact from the Opera City Museum, you see; the Maze Stone, that has the power to turn everything around it into an elaborate labyrinth.

Pierre’s pursuit of Mr. X will take him from the museum itself onto city streets, then to more fantastical places such as a hidden forest and even a haunted mansion. The task always remains the same, however: follow the string a clues that will hopefully lead you to the stone-stealing criminal.

Essentially, then, you need to locate and talk to a string of people and/or animals who can point you in the right direction. The problem is, while you might have a rough idea where they are, reaching them can be a task. Each and every area you travel through has been made into a labyrinth by the people and objects that inhabit them, forcing you to use your problem solving skills to find a way through.

The labyrinths start out fairly easy, with a wrong fork in your path leading to a quick dead end. By the time you’re halfway through Labyrinth City: Pierre the Maze Detective, however, the locations presented to your truly are labyrinthine. To look at they’re sometimes Escher-like, with impossible-looking stairwells meant to confuse you. There are also lots of ladders, and tunnels that take you God-knows-where until you’ve entered them and reappeared elsewhere. 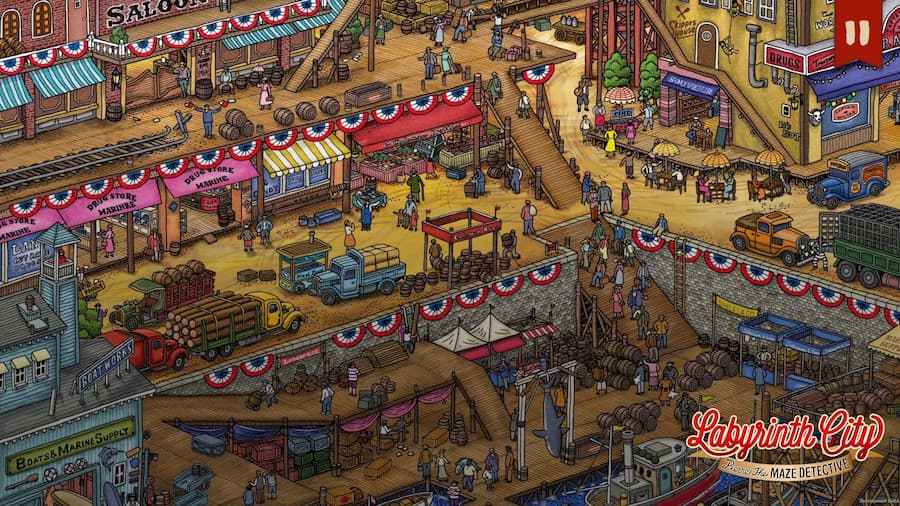 Truth be told, though, the labyrinths are never that tricky to solve. It’s generally a case of trial and error, and there are often signs in the environment giving you a nudge in the right direction. More can be uncovered, too, by interacting with objects or bystanders such as wizards, who will make a clue appear. Thanks to gorgeous visuals and a snazzy soundtrack, Labyrinth City: Pierre the Maze Detective is all about the journey.

Like a Where’s Wally puzzle, every screen in Labyrinth City: Pierre the Maze Detective is densely populated. The art style is similarly fabulous, too, packing in tonnes of character and humour. Much of it is interactive as well; windows and car doors can be opened, people and animals can be engaged in conversation, and as you draw close, little scenes often play out. They all bring the world to life, and make you want to explore. 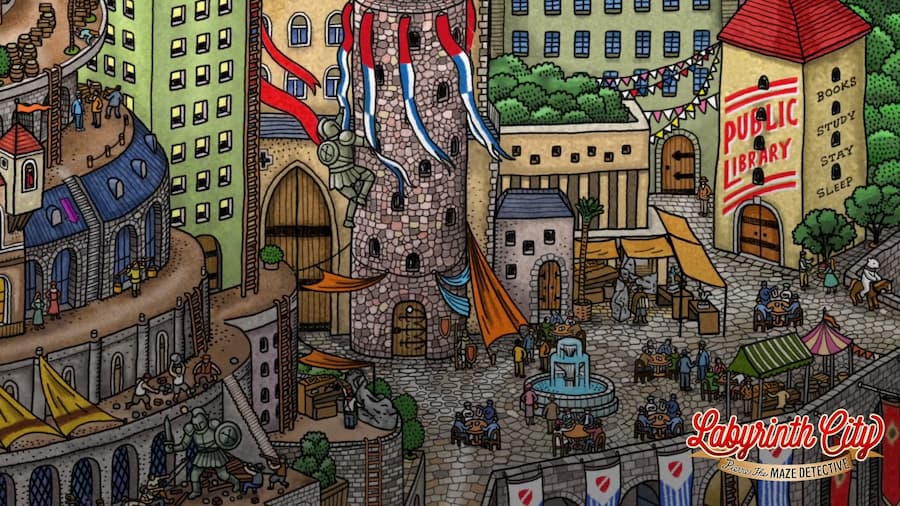 Thankfully exploration isn’t fruitless in Labyrinth City: Pierre the Maze Detective, either. While the main goal of each labyrinth is to simply locate a string of characters, there are many collectibles to grab along the way. Each and every labyrinth has numerous gold stars to be found, as well as pages of Mr. X’s journal to collect, treasures to find, and a hidden challenge to complete. Finding them all is a true challenge indeed.

It’s only a simple game, but it’s hard to sit down with Labyrinth City: Pierre the Maze Detective and not be taken in by its charm. Its labyrinths never frustrate, instead opting to entertain players with unadulterated humour as they make their way through them. And when coupled with both a quirky soundtrack and sumptuous 2D visuals that are a treat for the eyes, you have an easy-going puzzle adventure that’s suitable for all ages and skill levels. A feel-good gem, that’s what Labyrinth City: Pierre the Maze Detective is.

This review of Labyrinth City: Pierre the Maze Detective is based on the PC version of the game, with a code provided by the publisher. It’s available on Switch and PC. 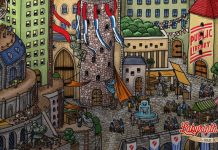 Out Now on Switch, Labyrinth City is a Gorgeous and Relaxing Puzzler