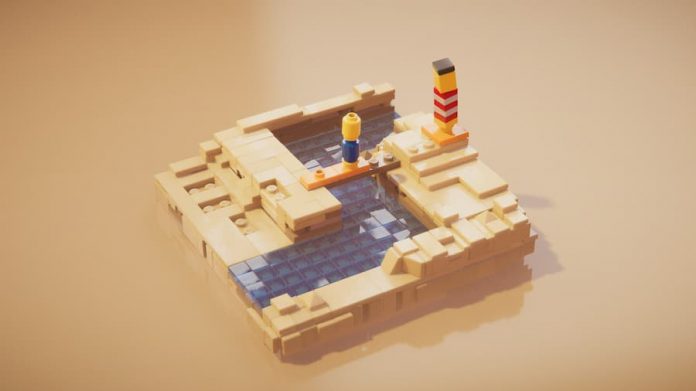 Chances are some of you might have already played it, however. The first game developed by Light Brick, a studio founded by LEGO thinkers, LEGO Builder’s Journey has been available via Apple Arcade since December last year. But when it launches later this month on Switch and PC, it will have new content and features.

Described as a meditative puzzle game, LEGO Builder’s Journey challenges player to use the bricks available to them to lead a child back to their parent across multiple brick built dioramas. Each one is small, keeping the action focused and bite-sized. And what might come as a surprise to LEGO fans is that there are no minifigures involved; Light Brick feared that their inclusion would detract from the focus of the game.

You might be tasked with getting the child across a ravine, for example, using the bricks available to form ledges across rocks. Or you might have to scale a cliff, requiring you to build some steps. The catch is, the child will only move when a flat yellow tile is placed near them – if it’s too far away, they’ll refuse. And there are only two of those flat yellow tiles, meaning you’ll have to place one, allow the child to move, then retrieve the one they were standing on to progress.

With its soothing music and quaint visual style, LEGO Builder’s Journey is the perfect game to sit back and relax with. It may be a puzzle game, but it doesn’t appear to be too taxing; like LEGO itself, it’s meant for players of all ages. On Switch, players can use either the touchscreen or Joy Cons to play. Playing through a handful of its puzzles, I’ve surprisingly found the latter to be the better option; the touchscreen controls aren’t all that intuitive, unfortunately.

On PC, you can play with a mouse and keyboard, or a controller. And while LEGO Builder’s Journey looks absolutely beautiful no matter what format you play it on, thanks to ray-tracing support it looks particularly stunning if you have a PC capable of doing it justice. With its natural lighting and accurate reflections, it pretty much looks real. 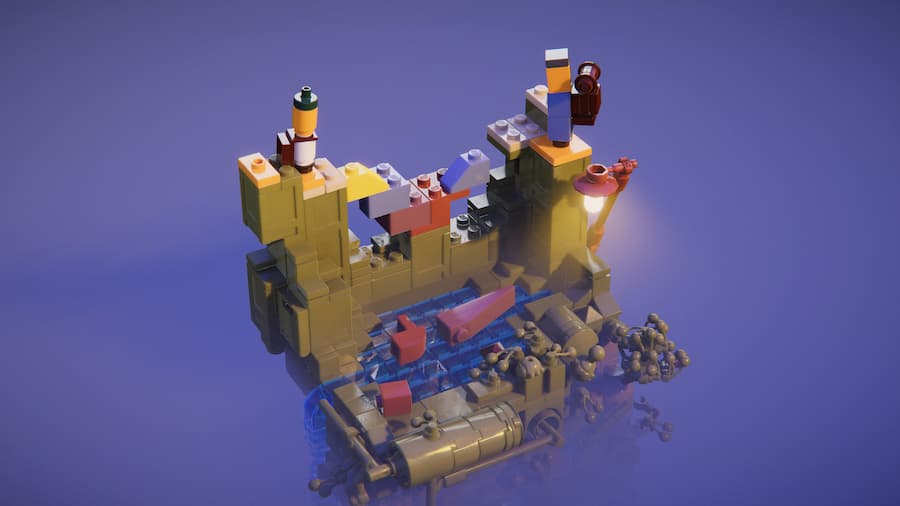 While anyone will be able to pick up and play LEGO Builder’s Journey and appreciate its soothing music, LEGO fans will no doubt get the most out of it. For a start, they’ll be familiar with the pieces available to them, and will be more capable of working out how to use them to build a bridge, for example. They’ll also get more joy out of simply looking at the game. Each and every diorama is comprised of actual LEGO bricks, after all. Some might even inspire LEGO fans to go away and build replicas.

Set for launch on 22nd June, LEGO Builder’s Journey is shaping up to be a unique and intriguing puzzle game. And while those who are keen on building with the world-famous bricks will no doubt take to it the most, its simple gameplay, stunning visuals and soothing music should make it a pleasant experience for all. Make sure you come back for our full review of the title upon its release.