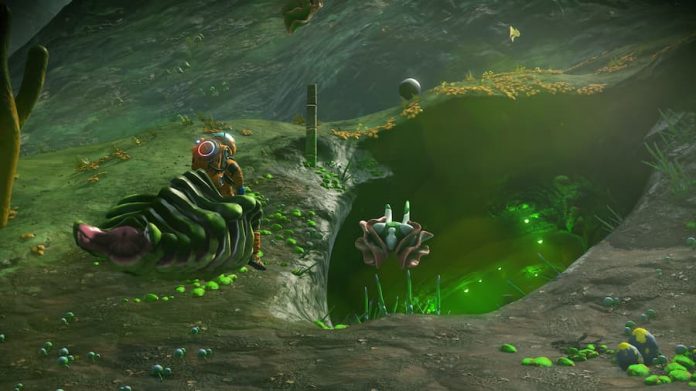 No Man’s Sky’s latest update adds flying pets, prettier biomes and more. Also, we really like the sound of the word “biomes”.

Dubbed “Prisms”, No Man’s Sky’s 3.5 update is now out, adding all manner of tweaks to the open-universe game, graphical and otherwise. It’s been five years since the original game was released, failing to meet creator Sean Murray’s hype, but in the intervening years it’s become something quite special.

According to Murray, the update adds:

In essence, it all looks a lot prettier and you can recreate the ending of The Neverending Story. That’s all very nice and we applaud Hello Games for pushing the beyond even Sean Murray’s original Molyneux-style hype. But what we’d really love to see is an update that enable large capital ship to capital ship battles, a la Homeworld. We’d love to be able to work our way up to a massive attack vessel, not merely a freighter, and become the terror of the galaxy.

Maybe next time, eh? Right now, the Prisms update is available across all versions of No Man’s Sky.