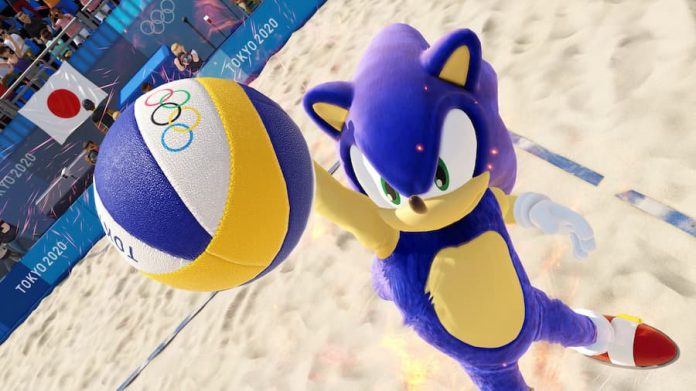 On your marks, get ready…

There’s no Mario and Sonic at the Olympic Games this year. Instead, we have a more realistic  – well, sort-of realistic – take on the four-yearly event with Olympic Games Tokyo 2020 – The Official Video Game. It still very much leans into arcade play though, making a fun diversion for anyone to jump into, regardless of how sporty they may be in real life.

It’s not all that different from Mario and Sonic at the Olympic Games, in fairness. From SEGA, it’s clear to see the same blueprint has been used but instead of competing in your favourite sport as Bowser or Tails, you instead use a more human-looking avatar of your own creation. It’s slightly less colourful and slightly less wacky, but just as fun to play.

Olympic Games Tokyo 2020 – The Official Video Game has 18 events that players can take part in. They’re not all created equally, however. While some you’ll hit the ground running with instantly, others will take considerable practice before you perform well. Others just aren’t that fun to play. Most are at least mildly entertaining though, especially if you’re playing with others. You can tackle Olympic Games Tokyo 2020 by yourself, but getting a friend or family member to join you locally adds a new level of fun – and competition – to the proceedings.

There’s a good range of events to take part in. A 100 metre sprint race will have you simply tapping a button as fast as you can in order to make it to the finish line as quickly as possible. The BMX event, on the other hand, requires you to keep up your speed while also jumping and navigating the turns of the course. Other solo competitive sports, like swimming, have completely different mechanics that take a bit more getting used to. 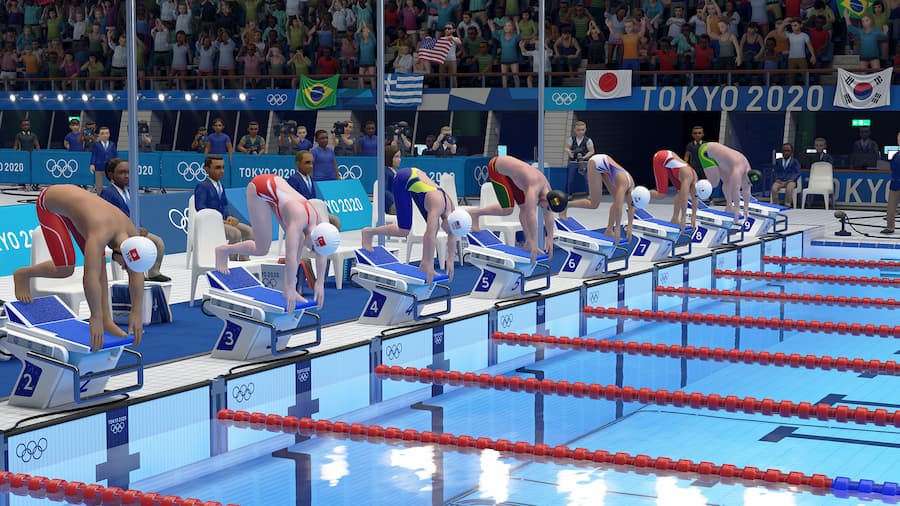 Team sports perhaps deliver the greatest amount of fun. A game of basketball feels like a super-simple watered down NBA 2K; you simply move around the court, pass the ball to a teammate and try to shoot when you get the opportunity. Tennis is much the same; simply move around your side of the court, following the ball and hitting it back. There’s no scope for fancy moves other than a powered-up hit once in a while. But it serves its purpose adequately.

Every new event will start by teaching you its mechanics via a brief tutorial. Even the trickier sports are easy enough to learn the basics of, but to become a master in any event you’ll need to get a handle on its more advanced techniques. You’ll find these out via tips, which unlock as you play. For instance, the 100 metre sprint might be a simple case of tapping ‘X’ as fast as you can, but your first tip tells you that by holding down L2 just as ‘Get Ready’ appears on the screen as you start, you’ll get a boost start. Each event has its own hidden tricks like this, and truly mastering each sport means learning each of them. 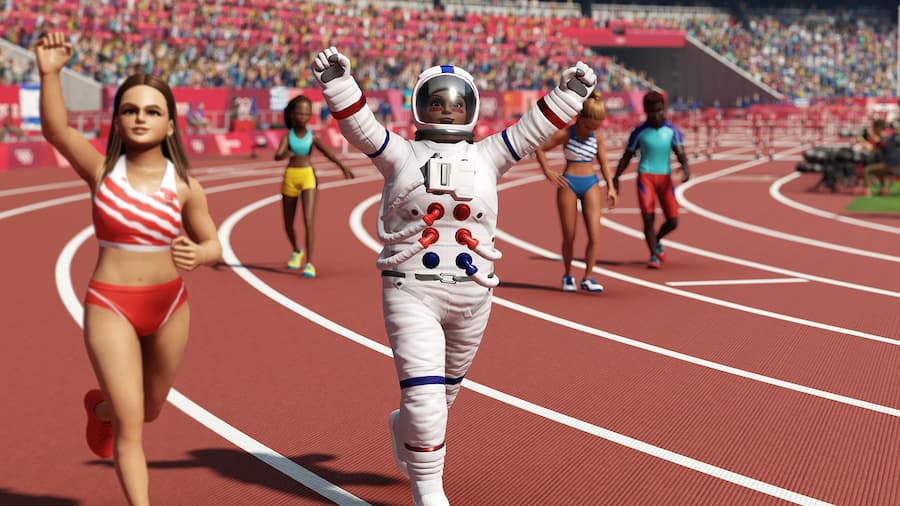 Alongside playing games solo or with a local player, you can also take Olypmic Games Tokyo 2020 – The Official Video Game online. You can team up with real-life friends, or simply join a random match. Ranked matches here are the most interesting, however. You’re presented with a full fixtures timetable, with three events available at any one time. You can jump into those events, or check the timetable for when the event you want to play is next available. It adds a little bit of realism to the proceedings and is a nice way of presenting the online competition – but if you want to play a certain ranked game online at a time that suits you, you’re out of luck.

It has to be said that Olympic Games Tokyo 2020 – The Official Video Game is unlikely to hold your attention over long periods of time. Each of its events do get repetitive pretty quickly, and once you’ve aced each of them in single player there’s little reason to keep going back. Online competition is fun, and you might want to keep playing in order to earn coins to unlock new costumes – there’s a lot of those. But really, this is a game that works best in short bursts. A 30-minute competition with a friend or family member feels like the best way to enjoy the game to me.

Olympic Games Tokyo 2020 – The Official Video Game is fun, especially when played with a friend. While some events aren’t as engaging as others, there’s enough variety here that everyone will find something they can enjoy or excel at. The huge range of outfits available to unlock gives completionists a reason to keep going back, but most players will find this best enjoyed in short bursts.

This review of Olympic Games Tokyo 2020 – The Official Video Game is based on the PS4 version, via a code provided by the publisher. It’s available on PC, PS4, Xbox One, Switch and Stadia.