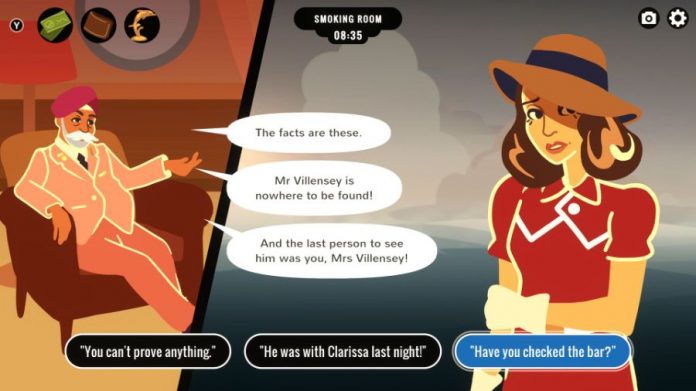 Overboard’s protagonist is an amoral, calculating killer, and I couldn’t be happier.

Not just because I’m playing as her but because Overboard doesn’t attempt to excuse her homicidal actives. She’s not an abused spouse, there’s no-one blackmailing her, she’s a murderess who wants her husband’s money, plain and simple. It’s much, much, easier to be swept up by the suspense when not getting caught is your only consideration.

That said, with this inverted murder-mystery taking place aboard an ocean liner, there’s not an awful lot of places to go. As the game begins, you’ve just helped your husband to a watery grave and, provided you can cover up your tracks, you’ll get away with murder.

Will that happen on your first run? Absolutely not. But Overboard is hugely replayable, and with each run you learn a little more. I’m hoping no-one stumbles across my real-world “murder diary” where I tracked the locations of each in-game character over the course of Overboard‘s few in-game hours. Making the diary was so, so much fun, but the police might have a few questions.

Playing Overboard for the first time, you’ll have a near-constant sense of glee, smug in the knowledge that a murderess is walking amongst the five or so NPCs, none of them suspecting a thing. Except… can you be sure of that? Subsequent playthroughs temper that sensation with paranoia, as you rack your brains to remember who might have seen you. 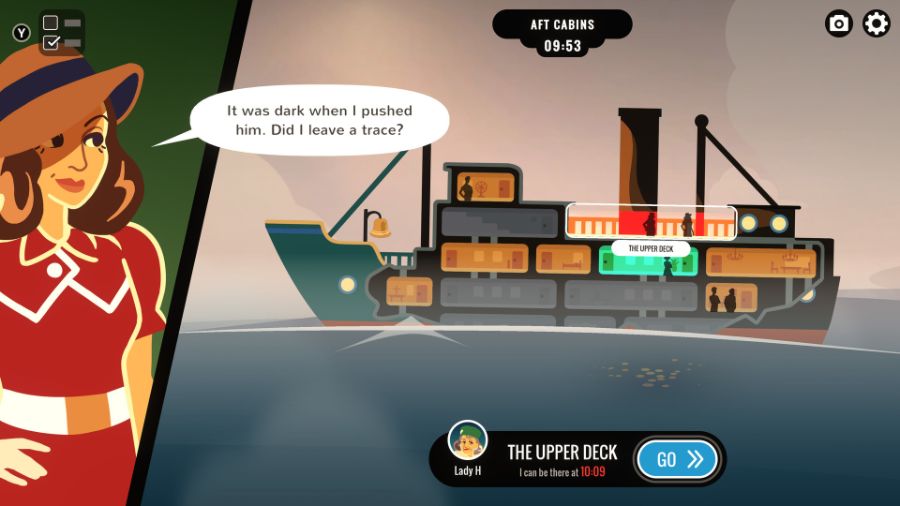 And then… there’s the other murders. Logically, you know that more missing people is only going to attract attention but when you get another character leaning over the porthole, that glee comes flooding back. Surely they won’t miss just one more? And it means one less potential witness, right?

Even when you’ve got away with murder, you’ll still dwell on different ways to tackle Overboard. What if you could frame someone? Or maybe, just maybe… what if you could get rid of everyone? Even as I write this review, I’m mulling over how I can take a different track, and I know I’ll be diving back the moment I’m done. 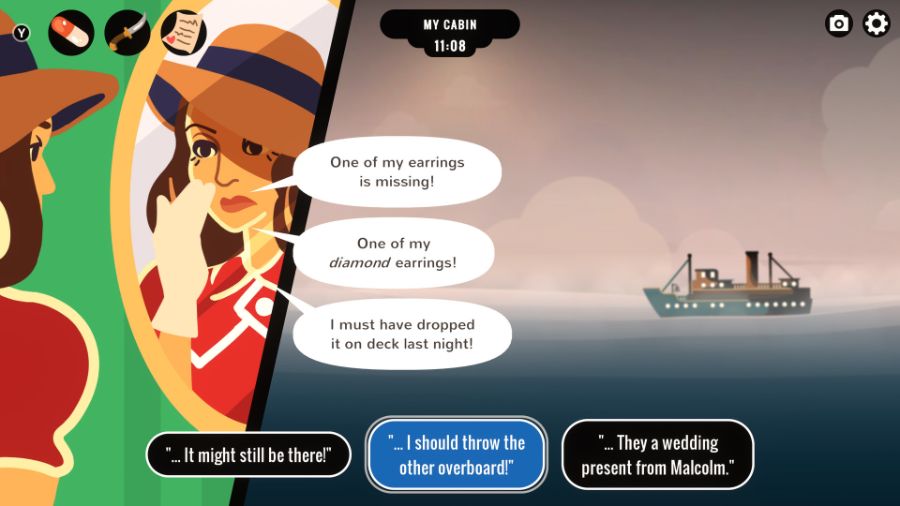 Except, as compelling as Overboard is, there has been at least one occasion when I wanted to hurl my whole PC into the sea. Mostly, the game makes sense, but one time I was fingered as the murderer because my lines were “too perfect”. There was no other evidence, but the ship’s Indian Poirot uttered those words and, with that, I was arrested. I’ve since replayed that path twice but I still don’t know how that could qualify as grounds pinning the murder on me.

Overboard is not the biggest game in terms of a single playthrough, but you’ll dive in again again until you’ve polished your excuses and suspicion-dodging shenanigans. Throw in a superb soundtrack, a gorgeous visual aesthetic and you’ve got a game to die for.

This review of Overboard is based on the PC version, via a code provided by the publisher. It’s available on PC and Steam.