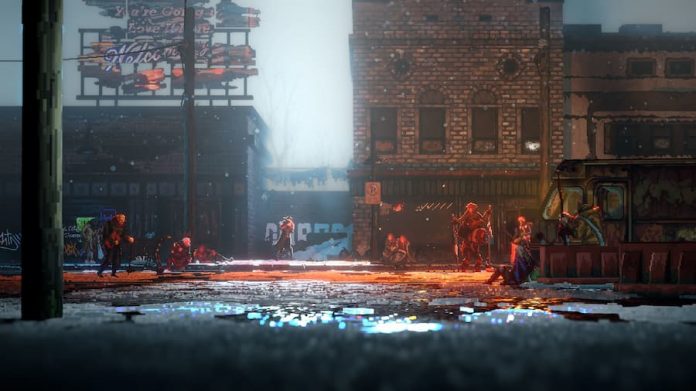 System Shock’s rogue AI Shodan would not be happy with Replaced.

This 2D platformer, revealed at the Xbox Games Showcase looks absolutely gorgeous. It’s giving us some serious Blade Runner vibes and, given that it’s coming to Xbox Game Pass day one, we’re definitely going to dive into it.

But what’s really caught our attention is Replaced’s premise; you play as an artificial intelligence that’s been crammed into a human body. So you’ve gone from being a formless entity or an immortal machine to a pathetic creature of meat and bone, panting and sweating as you run through a dystopian world. Shodan would definitely not approve of this backwards step.

We have so many questions. How did your character end up in a human body? Is their new meaty residence in danger of driving them insane? And are they going to discover that they’ve been copied, not transferred, that their “original” body still has their original self in it?

We’ll have to wait a while for those questions to be answered, as Replaced won’t be out until next year. Aside from arriving on Xbox Game Pass the day of release, it’ll also hit the PC through Steam and the Epic Games Store. You can check out the above trailer or wishlist it on Steam now.